A new trailer has been released for at Amazon Studios YA horror series I Know What You Did Last Summer, a modern take on the hit 1997 slasher film in collaboration with Sony Pictures Television. A teaser trailer was also released last week.

END_OF_DOCUMENT_TOKEN_TO_BE_REPLACED

The ‘Doctor Chronicles’ is one of those ranges that exists out of necessity, despite what certain corners of social media would have you believe. With the acquisition of the Doctor Who license up to Twice Upon a Time, but only David Tennant officially coming back to the role of the Doctor (and even then not as much as Big Finish would like due to his busy schedule), the types of stories with New Series characters that could be told became limited. Essentially there had to be spin-offs such as Torchwood and The Paternoster Gang, or Short Trips like The Jago and Litefoot Revival. But with The Companion Chronicles being one of Big Finish’s more highly acclaimed ranges, adapting the format to the Ninth through Twelfth Doctors with one narrator and one guest, beginning release in 2017. After one release for each Doctor, the BBC intervened and suggested that the series move away from the initial format and into a full-cast audio format, making this range the only full-cast adventures for the Eleventh and Twelfth Doctors (as Eccleston has returned to the role and Tennant has increased his output). This change begins with The Eleventh Doctor Chronicles: Volume Two which stars Jacob Dudman in the role as the Doctor. While Big Finish use Dudman for the Tenth, Eleventh, and Twelfth Doctors it is actually his Eleventh where his performance excels. Throughout this set he captures the voice of Matt Smith’s portrayal, while adding a depth that many of Smith’s episodes seemed to lack, an emotional core rarely seen during that period of the Moffat era. Each of these stories are set in between The Angels Take Manhattan and The Snowmen, and there is this something that Dudman can coax out of the character, it was seen here and in his cameo in Thin Time/Madquake last year. It is also perhaps important to note that this review is coming from the perspective of someone who is not the biggest fan of the Eleventh Doctor.

END_OF_DOCUMENT_TOKEN_TO_BE_REPLACED

Warner Bros. has revealed the title the next Wizarding World film titled ‘Fantastic Beasts: The Secrets of Dumbledore’  The film will open globally on April 15, 2022, moving up three months from its previously announced July 15, 2022 date. END_OF_DOCUMENT_TOKEN_TO_BE_REPLACED

Director Jason Reitman has released a new poster for Ghostbusters: Afterlife. The poster confirms Sony’s intention to release the film exclusively to theaters on November 18th; a move which has become rare with most major studio releases choosing to release on VOD/Streaming either the same day or within two weeks of theatrical release. END_OF_DOCUMENT_TOKEN_TO_BE_REPLACED

Vans has teased on twitter this evening their upcoming Vans x Horror collection, a collection of shoes inspired by classic horror films – perfect for Halloween!

END_OF_DOCUMENT_TOKEN_TO_BE_REPLACED

On Friday, November 12, The Walt Disney Company will host Disney+ Day, a global celebration that will come to life across all dimensions of the Company.

Subscribers to Disney+ will be treated to new content releases across the service’s iconic brands, Disney, Pixar, Marvel, Star Wars, National Geographic, and Star in international markets, along with a special presentation on Disney+ for fans with sneak peeks into what’s to come. Additionally, the service will continue to engage new audiences around the world, as Disney+ expands into new Asia-Pacific markets on November 12.

END_OF_DOCUMENT_TOKEN_TO_BE_REPLACED

The final trailer for the latest installment in the Halloween franchise, Halloween Kills, has dropped.

The current release date for Halloween Kills is October 15th 2021 following its postponement and will be released to theaters and the Peacock streaming service the same day.

No more running. No more hiding. It’s time to face the essence of evil. 🔪 Watch the final trailer for #HalloweenKills – In Theaters & Streaming only on @peacockTV October 15. pic.twitter.com/q4loBbJy2Z

END_OF_DOCUMENT_TOKEN_TO_BE_REPLACED

John Challis, best known for playing Boycie in Only Fools and Horses, has died aged 79.

END_OF_DOCUMENT_TOKEN_TO_BE_REPLACED

THR reports that Warner Bros. is gearing up for brand new, reimagined take on the 1980s teen vampire classic ‘The Lost Boy’s. 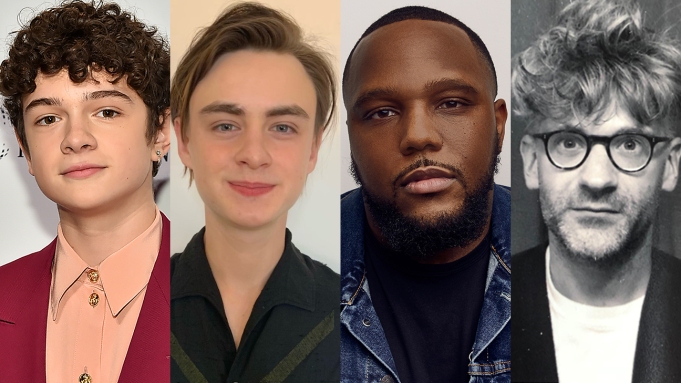