When Doctor Who came back to our TV screens in 2005 both audiences and critics were wowed as it ushered in a new era of time and space antics.

Russell T Davies was the mastermind behind the shows reintroduction and turned the programme from ‘a bit of a joke’ into TV gold over-night following a 16 year gap (not including the TV movie).

The casting of Christopher Eccleston as as the post time war doctor and Billie Piper as his companion was great casting and started the show off with a bang. 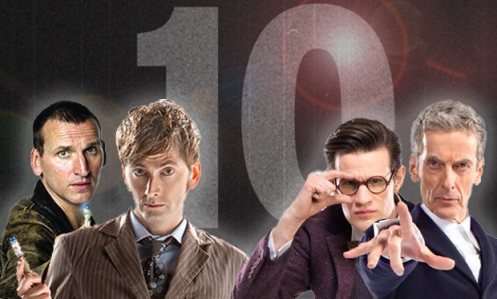 Fast forward 10 years and the show is still at the forefront of British TV schedules again where it belongs. During this ten years we as an audience have seen doctors, companions and villains come and go but the show is still going from strength to strength.

Happy Anniversary ‘New Who’ I for one will be re-watching Rose tonight and don’t forget to ‘RUN FOR YOUR LIFE’ !!!!!!!!!

See Also
Doctor Who – 51 Years On
Doctor Who Experience – Regenerated

One thought on “‘New Who’ 10th Anniversary”