Loved by horror geeks universally; a special edition DVD or Blu-Ray release. The appeal comes equally from the packing, presentation, special features & promotional items that are included with the set. These range from well designed standard jewel cases all the way to through to full-blown promotional sets.  Here I examine a few such sets from my own collection and elsewhere. 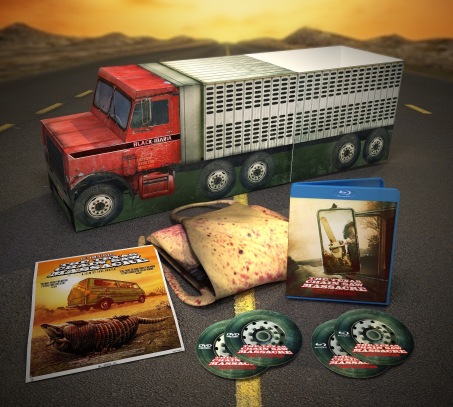 To celebrate the 40th anniversary of the films release Dark Sky Films proudly presents THE TEXAS CHAIN SAW MASSACRE in an all-new 4k digital transfer and with a newly created 7.1 surround sound mix supervised by Tobe Hooper. Get ready to experience fear in a whole new way. 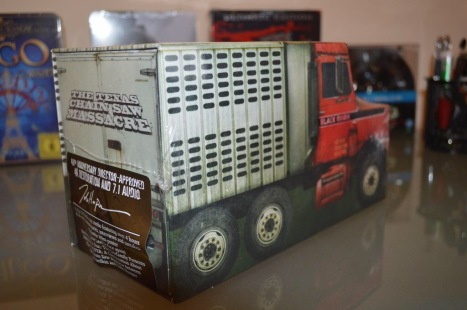 This Limited Edition packaging is built as a replica of the famous Black Maria semi-truck from the film and includes a blood-spattered Leatherface apron, the official theatrical mini poster, as well as a 5th bonus disc exclusive to this release.

God bless Scream factory !!!!!! For the first time ever, experience the terror of every Halloween film available together in 1 set! This limited edition deluxe set includes 15 discs jammed with content Halloween fans will love including the NEVER BEFORE RELEASED Producer s Cut of Halloween 6: The Curse of Michael Myers!

The 10-disc collection includes the twelve films on nine Blu-ray discs, as well as a killer DVD bonus disc full of special features on the making of the famous franchise.

The must-own set will be presented in a collectible tin case with 11 hours of previously released special features and a 40-page soft cover book. The book is excerpted from Crystal Lake Memories: The Complete History of Friday The 13th, a fan-favorite volume that’s viewed as the ultimate memoir of the series, and highlights some of the 200 interviews, 600 photos, storyboards, concept art and more. Also included is a brand new, official Camp Crystal Lake embroidered Counselor Patch. 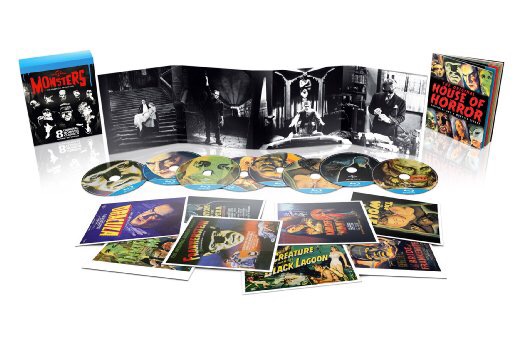 For the first time ever, eight of the most iconic cinematic horror films are available together on Blu-Ray. This set also includes hours of special features, 8 art cards and a 44 page booklet. 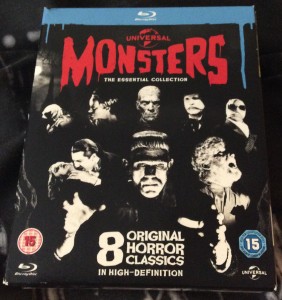 Check out Objects of Desire: Special Edition Blu-Rays – Part One
Get involved with Horror Month!