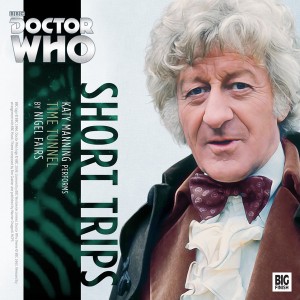 I have heard a lot about Big Finishes short trips range, but this was my first listen to one. I had heard that these were now used as an alternative to the free specials that subscriber’s used to get  (to some people’s displeasure).

I have heard some shorter adventures before and felt that some worked better than others. This gets off to a good start by using a tool they used in the 3rd Doctors era of the show. Jo Grant goes into the Doctors Lab where he is working on something and they use this as an opportunity to get some exposition out of the way. Such tools are vital when trying to tell a story in a compressed amount of time. 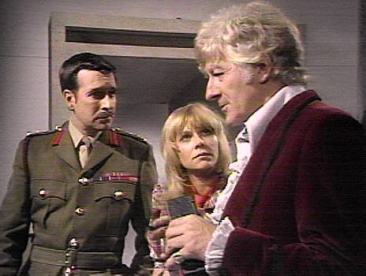 The plot is a nice simple one, a train has appeared from seemingly no-where with dead passengers on board. The Doctor Wants to study it, UNIT let by Brigadier wants to cover it up and bury the tunnel where the train has come out of. This is also great because it brings back the feel of the 3rd Doctors adventures stuck on Earth working with UNIT in a sometimes uneasy alliance. My favourite of the audio’s are when then manage to capture the feel of the era of Doctor Who it comes from.

It’s sometimes seemingly hard for the cast members who are narrating the stories to capture the voices they had when they were younger. When I first started listening I was struck by how much Katy Manning’s voice had changed, however being the great actor she is the characterisation she gave Jo Grant soon gave enough of the feel of the part that I soon managed to see the same character from the screen in my mind’s eye. Some of the other voices she does better than others (her Sgt. Benton tends a bit too far toward the country bumpkin) but all in all she does a great job.

The story ends with the Doctor in defeat, with the suggestion that he may be able to do something in 100 odd years (clearly queueing up a future Big Finish audio). Given the size the world of Big Finish is, I kind of love / hate it when they end things with a set up for a future adventure as opposed to ending the story I have been listening to. It means I will likely get an even bigger pay off when it does, but its frustrating not to really have an ending to this story. 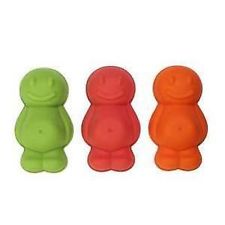 Check out our previous Doctor who articles here