A poster for the film was released over the weekend and a full trailer is expected to air in the US tonight after Monday Night Football. 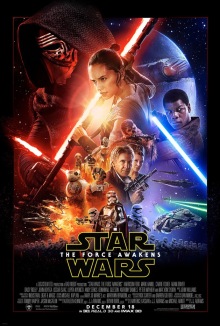 However, almost two months before release several UK cinemas including Odeon, VUE, Showcase & Cineworld are already selling tickets for the film. It is showing in both 2D & 3D (IMAX, REAL 3D and Standard 3D) and there will be some midnight screenings on Wednesday 16th.