It’s Halloween !!!!! Your probably watching some of your favourite horror movies – but did you ever wonder about the stories behind these classic horror movies? Here are some of the best horror documentaries out there. Check them out now!!!! 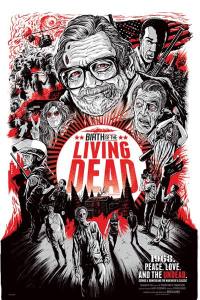 Birth of the Living Dead

A documentary detailing the production of the George A. Romero’s 1968 film Night of the Living Dead which is widely regarded as inventing the modern zombie genre as discussed in the film; directed by Rob Kuhns.

Heather Langenkamp’s extremely personal documentary delves into her life and career since becoming the iconic final girl Nancy Thompson Wes Craven’s classic A Nightmare On Elm Street but also examines the continued love and fandom of these films many years on as she meets fans at conventions. The film also included interviews with Wes Craven and Robert Englund.

Never Sleep Again: The Elm Street Legacy
From veteran horror director/fan Daniel Farrands charts this in-depth documentary the entire history of the Nightmare on Elm Street Franchise as well it’s history with studio New Line over four hours and features new & archive interviews with many of the cast and crew from all era’s of the franchise. 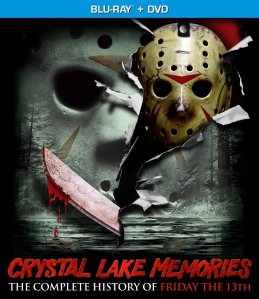 Crystal Lake Memories: The Complete History of Friday the 13th

Another documentary epic from director Daniel Farrands which chronicles the history of the icon Friday the 13th franchise and runs for an epic 400 minutes covering each instalment of this horror franchise with numerous cast interviews and in-depth analysis KILL BY KILL !!!! 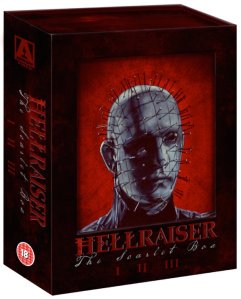 Have we missed any? Whats YOUR favourite horror documentary? Tell us in the comments box below…..