For Women in Horror Month we at Indie Mac User are taking a retrospective look at our favourite ‘Friday’ final girls !!! *Spoliers* 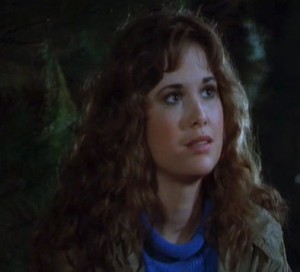 Chris was the sole survivor of Part III.

She was also the first person to have battled/fought him with fierce offensive and defensive attacks that inflicted heavy damage on him and were enough to stop him, at least for a short while. Her final axe blow definitely left a lasting impression on Jason!!!

Although Trish wasn’t the one to stop the killer, she did take on Jason face to face, and inflicted some damage in the process during Part 4: The Final Chapter.

Trish (sister of Friday Icon Tommy) not only takes on Jason when needed, but she emits a level of rage and physicality not seen in many of Jason’s potential victims.

None of the other ladies in our list had to encounter a half rotted, zombie Jason like Tina did in Part 7: The New Blood.

It’s safe to say the Carrie/telekinesis angle didn’t go down well with many fans of the franchise….however I LOVED IT !!!! She drops a fricking roof on Jason – EPIC !

Even though Alice chopped off Mrs. Voorhees’ head in the original Friday the 13th it didn’t get her the top spot.

Alice was the first to survive a murder spree in Camp Crystal Lake and the only survivor of the summer 1979 massacre.

Unfortunately, her defeat of Pamela Voorhees enabled Jason, who had witnessed his mother’s beheading to vengeance that would lead to her murder (Jason’s first) months later, and many others over the next three decades all at hands of Jason.

Alice would have made number one in our list if not for the infamous and still chilling scene at the end of Part 2. With no where left to hide or run to, and stuck in a room with the rotting head of Mrs. Voorhees, Ginny used her intellect to defeat Jason. Using her child psychology degree and knowledge of Jason’s past, she proceeded to outsmart Jason. 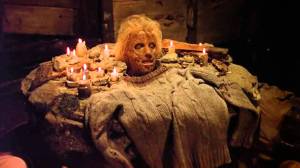 Ginny put on the disgusting, blood soaked sweater of Mrs. Voorhees and pretended to be Mrs. Voorhees as she tried to tell Jason his job was completed. Jason eventually figured out that mommy was not talking to him, but it bought her enough time for Paul to find her and wrestle him away in order for Ginny to strike the final blow.
Who’s your favourite Friday’s final girl? Let us know in the comments box below…..
Check out our Friday the 13th cast interviews here