Kevin Smith announced on his Smodcast podcast that a video game featuring the charecters of Jay & Silent Bob (first seen in the 1994 film Clerks) is being developed. They have previously appeared only in the mobile games ‘Let Us Dance’ and ‘Too Fat To Fly’.

Jay & Silent Bob – Chronic BluntPunch is a game being developed by Indie developers Interabang Entertainment led by Justin Woodward. The crowd-funding campaign is now live on Fig and a great range of perks are available. 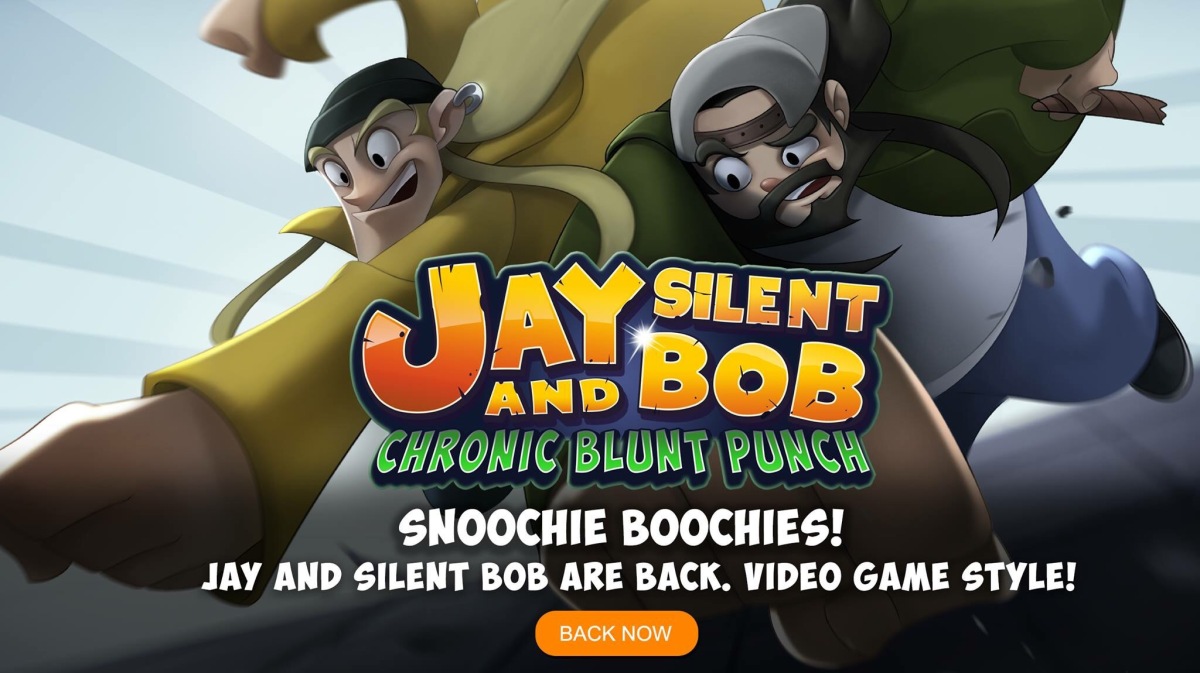 Platform options available so far are Humble, Xbox and PS4.

The game is described as a “side scroller beat-em-up…with fighting game mechanics”. The developers hope to recreate the feel of Kevin Smith’s ‘View Askew’ movies in the game; including dialogue.

The project was fuelled by Trevor Fehrman (who played Elias in Clerks II).

“Jay and Silent Bob’s customers are gone and they’re on a mission to find out why. Their search soon leads them to the sparkling new mega-mall which is almost a city unto itself complete with apartments, restaurants, hospitals, and schools. On the surface, the mall seems a Utopia. But as our heroes soon discover once a would-be patron of this paradise enters they find they can’t make their way out. Before long the power of the place mesmerizes them and they no longer remember their lives before becoming permanent citizens of The Galleria. Who’s responsible for this diabolical labyrinth?! What do they want?! Will Jay and Silent Bob ever find the Orange Julius?! Only time will tell…”

Find out more at Fig.co.