Scottish independent production company ‘Auld Reekie Media‘ have been producing a series of short films based on the life and works of indie writer/director Kevin Smith.

They started in 2012 with ‘Babble-On Begins‘; a super-hero themed short based on the podcast Hollywood Babble-On. This was followed in 2013 by the crowd-funded short ‘…Get Greedo‘ based on the life of actor Jason Mewes as well as producing the shorts ‘Gooper’ and ‘Emo Kev’ the same year. 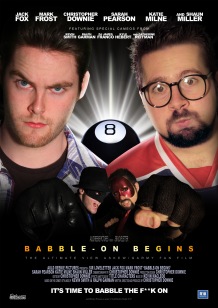 Following the success of these shorts the company has embarked on their debut feature film ‘Shooting Clerks‘ which chronicles the making of Kevin Smith’s debut film ‘Clerks‘.

In the run-up to the films expected release later this year the company has announced the release of the final two shorts in their Kevin-Smith themed series. 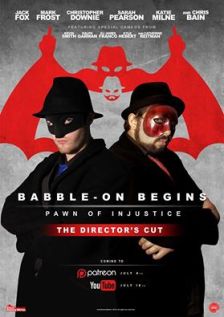 This special edition will feature the two original Babble-On shorts in a much improved version including new/previously un-seen footage.
Due to be released on July 4th on the Auld Reekie Media Patreon page followed by a YouTube release on July 18th.

The film-makers describe it as a “….love letter to all of you who have supported us; a tribute to the films that came before and a direct prequel to Shooting Clerks.”