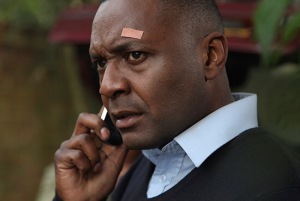 After a rude awakening, Mark Bishop’s carefree and complacent lifestyle comes crashing back to reality, forcing him to make hasty plans to marry devoted girlfriend, Denise. He turns to best mate Fitzy for advice only to be ridiculed for not following the ‘Fitzy Rules’ – “never marry and never settle”. Mark’s life begins to unravel as he tries to manage the expectations of those closest to him and soon learns that with complacency comes risk.

This is at best an intimate portrait of modern relationships that may from the outside seem simple enough but in reality and behind closed doors are much more complicated.

A cautious Mark (Reidman) bounces off the wild and electric character of Fitzy (Griffiths) in the age old struggle between friends and lovers which is stirred up by his current love interest Denise (Ryan). A wiry and crazed performance from Griffiths contrasts poorly with a rather bland performance from Reidman here who fails to show the screen presence required or to portray properly the more intense and emotional scenes which the script allows for.
The plot for Hard Time Bus uses timeline devices to tell the story of a single day from various angles which adds some extra interest to the telling however it is jarring to begin with.
The cinematography is visually dark (not in an artistic sense I feel…but simply badly lit?) and boring to the point of being monotonous; no grand set pieces here but plenty of drab interior shots.

Overall I was left unsatisfied; however the film does offer us a slice of reality and reminds us things are not always as they first seem.