The TARDIS returns to 1982 as three companions join the Fifth Doctor for new stories brought to you by Big Finish !!!!!

As first revealed in this week’s brand new Doctor Who Magazine, Adric (Matthew Waterhouse) is back with the Fifth Doctor, Tegan (Janet Fielding) and Nyssa (Sarah Sutton) for three more main range Doctor Who adventures!

“I took a long time to get around to the idea of doing the audios – and now I just absolutely love it, I think the character’s beautifully written. Everything we’re doing at Big Finish is stuff that’s already in the character, in the stories, they’re just being extended a bit. Having said I don’t want to do them, now I think ‘when’s next week’s one going to arrive?’. 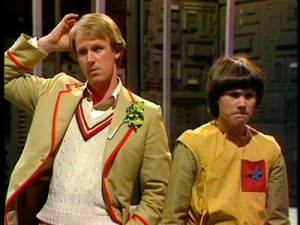 “It’s been great to at last bring Adric into the monthly range – well, before his tragic death, at least! Andrew Smith wrote the character’s introductory story on TV, so I was determined to get Andrew to write his re-introduction”.

The Star Men, is the first story of the trilogy, in which ‘an astronomical base at the fringes of Earth’s galaxy finds itself on the frontline of a war with an unimaginably alien force’.

Phil Mulryne‘s The Contingency Club comes next… ‘The TARDIS lands inside the most exclusive gentlemen’s club in all of Victorian London. The Doctor and his companions have broken all the rules – but what’s the penalty…?’.

Doctor Who fans will recognise Clive Merrison as not only Jim Callum in Tomb of the Cybermen (1967), but also the Deputy Caretaker in Paradise Towers (1987).

Finally, Matthew J Elliott‘s Zaltys sees ‘a mysterious force snatches Adric and Tegan from inside the TARDIS. In search of their lost friends, the Doctor and Nyssa arrive on the planet Zaltys – a world just hours from catastrophe’.

For more information head over to the Big Finish website.