Big Finish, as regular listeners will have no doubt noticed; offers an embarrassment of riches when it comes to providing new Doctor Who stories from across the history of the programme. With numerous Doctors and Companions taking part in full cast stories; however, some of the other narrated ranges can; occasionally I fear, get lost in the shuffle.

The Short Trips range is a case in point. I hope I’m wrong and that these marvellous short stories, enthusiastically performed by a range of wonderful actors are taken to the bosom of fans everywhere. And then removed from their bosoms and put in their ears, because that makes more sense.

As with all short stories, they provide writers with the opportunity to explore different approaches and styles – always a boon in a universe as flexible as that of Doctor Who – and, crucially; allow us to visit eras of the show for which we sadly no longer have access to the original performers. In particular, the first three Doctors.

The Third Doctor’s reign is featured in two very different stories, released online in July and August of this year. Both are well worth checking out.

In ‘The Blame Game‘, written by Ian Atkins and narrated by Rufus Hound (last seen in the 2015 series as Sam Swift and heard as a new incarnation of a certain meddling cleric in The Black Hole, a Second Doctor story for Big Finish’s Early Adventure range) we not only get The Third Doctor and Liz Shaw but also an extremely welcome return for The Monk; that other rogue Time Lord. 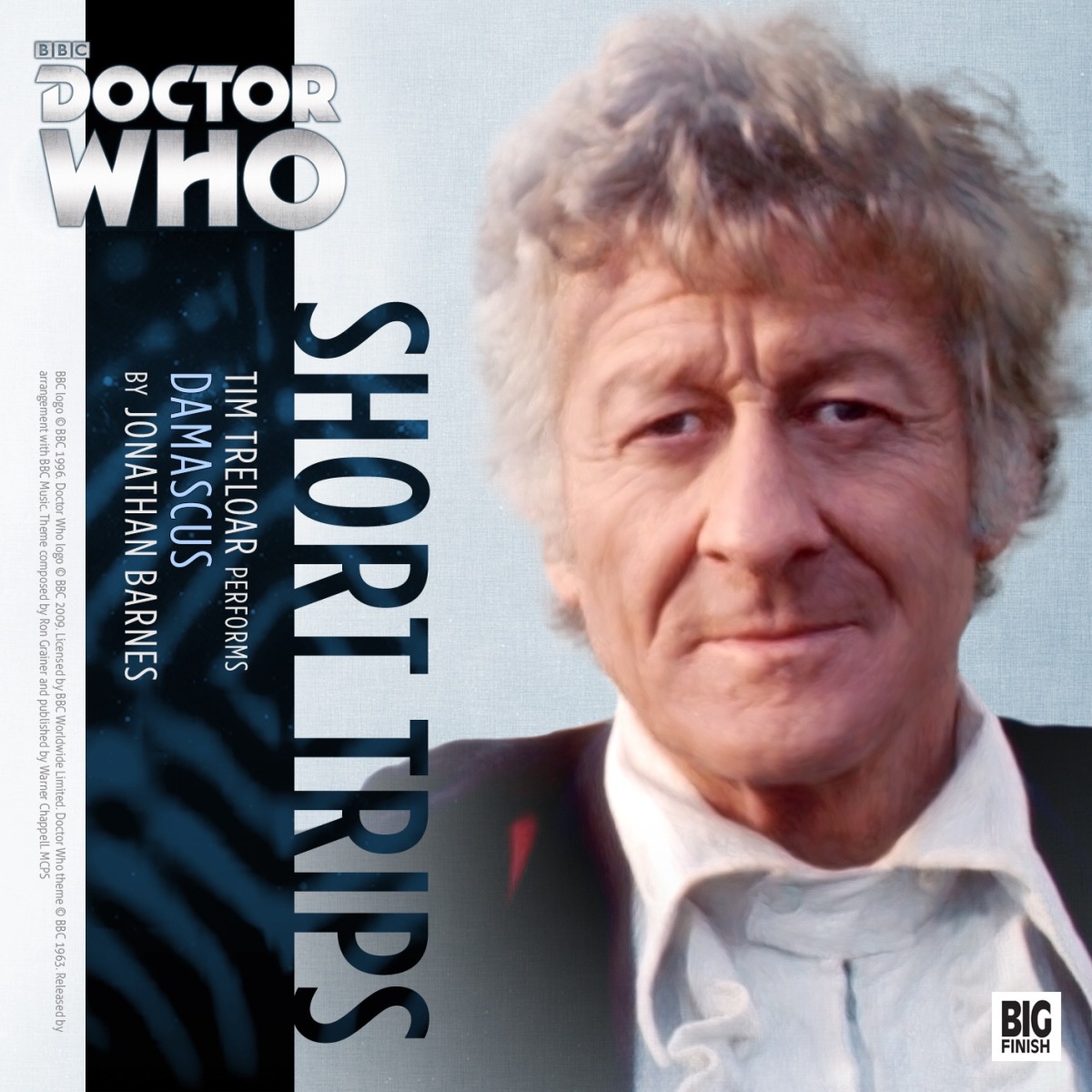 ‘Damascus‘ is written by Jonathan Barnes and narrated by Tim Treloar;  a Big Finish regular who has also provided a rather cracking Third Doctor in the absence of the much missed Jon Pertwee;  since the 50th anniversary story ‘The Light at the End’.

Taken together, the two stories form a powerful argument for the Short Trips range – and for narrated Doctor Who stories in general. Both take the opportunity to look at who The Doctor is in his earthbound incarnation – sometimes desperate, sometimes scheming, trying to hold fast to his ethics and his morality while chafing against his exile to a single planet and a single time.

The two stories also take a very different approach to voicing The Doctor. Understandably, Tim Treloar gives us a much more specific Third Doctor performance, whereas Rufus Hound leans more heavily on his hilarious and note-perfect Monk. Both work equally well, feeling like very different dishes at an exemplary banquet.

The Blame Game hides interesting questions about The Doctor’s motivations inside a light, funny story and explores the unique Doctor/Companion relationship between the Time Lord and Liz Shaw; who here, unlike her televised stories; actually gets to board a TARDIS, if not ‘the’ TARDIS; and see a little of the universe.

The 51st century, with its Time Agents and Vortex Manipulators also gets a look in: further helping to tie multiple eras of the show into as neat a bow as a programme about time travel will ever; I suspect, manage.

Damascus is a political tale, narrated by a Prime Minister who has his own reasons to suspect The Doctor’s role at UNIT and on Earth in general. It pits The Doctor’s personal worldview against bureaucracy and politics, always a potent piece of conflict.

I don’t want to go into too much detail about the plots themselves; as they should be enjoyed by your bosoms and/or ears with as little foreknowledge as possible.

What I will say is, if you haven’t dipped your toes (Toes now? Bosoms and ears and toes? The man’s gone mad. – Ed) into the balmy waters of the Short Trip range, these two stories would be an excellent place to start.

Damascus and The Blame Game are available now from the Big Finish website.

Please check out our other Big Finish reviews!

You can find out more about Kenton’s film ‘A Dozen Summers‘ at adozensummers.co.uk.

One thought on “Big Finish – Doctor Who Short Trips: The Blame Game/Damascus”