The cast of Class will appear in a global Live Stream on Friday 23rd September, so put it in your calendar now! The Live Stream will be available on the Class official Facebook page and will start at 4:30pm BST. 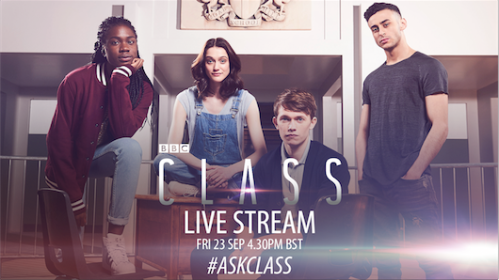 Class is a ‘Young Adult’ series that will premiere on BBC Three this Autumn.

‘Coal Hill School has been a part of the Doctor Who Universe since the very beginning, but that has come at a price. All the time travelling over the years has caused the very walls of space and time to become thin. There’s something pressing in on the other side, something waiting for its chance to kill everyone and everything, to bring us all into Shadow.’