Hugh Jackman is about to hang up his claws.

The actor will soon be appearing for the very last time as the most iconic X-Man for a third Wolverine solo movie, with James Mangold back in the director’s chair after The Wolverine. It had been going under the snappy working title of Untitled Wolverine Film. But now we know the official title: Logan.

Page two of our screenplay. pic.twitter.com/5X93NtWuVS

Mangold revealed the title in a tweet, where he posted an image of the second page of the script, with ‘Logan’ watermarked across the page.

Hugh Jackman later revealed the first poster on a billboard on his own Twitter feed.

“We’ve finished shooting. I just saw [director] Jim Mangold today. He’s editing away and finishing that. The movie will be very different in tone and hopefully to anything we’ve done”. 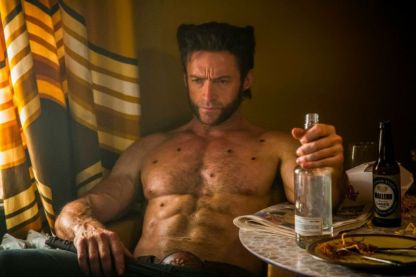 Filming has wrapped on the project, which is said to take loose inspiration from the Old Man Logan comic story line and will star Patrick Stewart, Richard E. Grant and Stephen Merchant alongside Jackman.

Logan is aiming for a March 2017 release date.