Review by Kenton Hall (Director of ‘A Dozen Summers‘)

Once again, a pair of Short Trips that illustrate just how flexible both the format of Doctor Who itself and the particular style of these narrated short stories can be. These two stories; initially available as subscriber-only bonuses to Big Finish’s main Doctor Who range are now available to all for download. They should both be cherished as they are prime example of what can be done within the format. 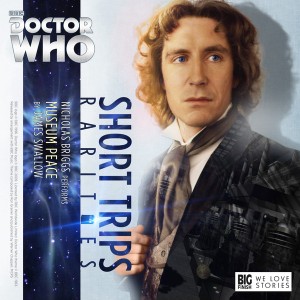 Museum Peace; an Eighth Doctor story that also ties into the Dalek Empire range, is narrated by Nicholas Briggs and is as much as anything a deeply moving meditation on war; not least the imminent Time War. While the story itself is written beautifully by James Swallow, it fits perfectly with what would appear to be a recurring theme of Nicholas Briggs; who reads the story with fitting gravitas, that of the true effect of war on people and how it changes them.Perhaps it’s the result of having played war machines for so long, but there is a genuine emotional connection with the strong material here that lifts it to another level.

With the fate of the Eighth Doctor in mind and the conflicted exploits of the War Doctor now playing out through Big Finish, there is an added melancholy to the story; knowing that the gentle, charming Eight is coming to the end of his incarnation and has the same horrors to face by which the other primary character, Kalendorf has been forever altered.

It’s no surprise that this story has appeared in various forms over the years as it is definitely worth visiting and revisiting, for the tale and the performance alike. 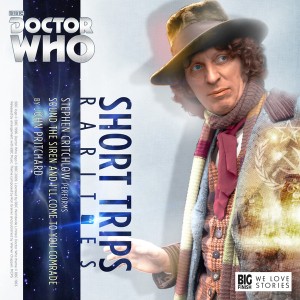 In Sound the Siren and I’ll Come to You Comrade, we start in more familiar Fourth Doctor and Leela territory, but soon find ourselves in similarly haunting circumstances.

This tale is in some ways a more traditional adventure in as much as the TARDIS arrives and the story begins. It is made more so as it very nearly feels like a full cast play, due to the quite frankly astonishing performance by reader Stephen Critchlow. His Tom Baker, in particular, takes the breath away. He captures the voice and the performance of the Fourth Doctor better than anyone I’ve heard, bar Mr Baker himself.

Starting in the Soviet Union during the Cold War, this is another story that conjures beautiful character work and storytelling and; in audio form, allows your imagination to wander free and gives you plenty of food for thought.

For fear of spoiling the story further, I will simply recommend that you check it out.

Two fantastic and very different stories that further heighten the reputation of the Short Trip range and its place in the Big Finish universe.

Museum Peace and Sound The Siren And I’ll Come To You Comrade are available now from the Big Finish website.

Please check out our other Big Finish reviews!

You can find out more about Kenton’s film ‘A Dozen Summers‘ at adozensummers.co.uk.