Going into series 12 of Jago & Lightfoot, I was reminded of Supergirl. In the TV version of Supergirl they recently had a guest appearance from her cousin Superman for 2 episodes. It’s now the mission of that show to prove it can still stand on its own after the Man of Steel guest appears. How do you top an arc from one of that worlds most beloved characters?

Similarly in the world of Jago and Lightfoot they have in the last 2 sets had Strax from ‘Nu Who’ and the Doctors greatest foe the Master appear alongside a cameo by the (6th) Doctor himself. It was in these guest appearances that I got hooked on J&L. 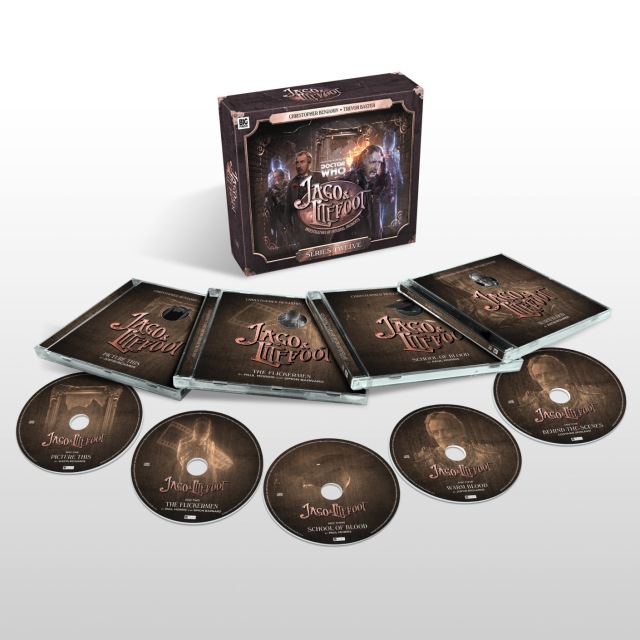 In their first box set without involvement from the Doctor or his friends and foes for a while they turn back to an idea from their first adventure in audio form that involved vampires and their local friendly barmaid Ellie Higson, being turned into one and ultimately being saved by them. In this new set when more people start being murdered in a way that suggests vampires, could it be this menace has returned and is it possible that Ellie herself has returned to her Vampiric ways?

As well as this gripping overarching narrative there are also four adventures that tell their own story.

‘Picture This’: There is a robbery in the fabled Scarlet Gallery. It is a gallery said to contain haunted paintings. The only painting that is taken however is a very normal seeming one. Why was it taken and the gallery owner murdered? Jago and Lightfoot soon discover there is more going on that supposedly haunted paintings. 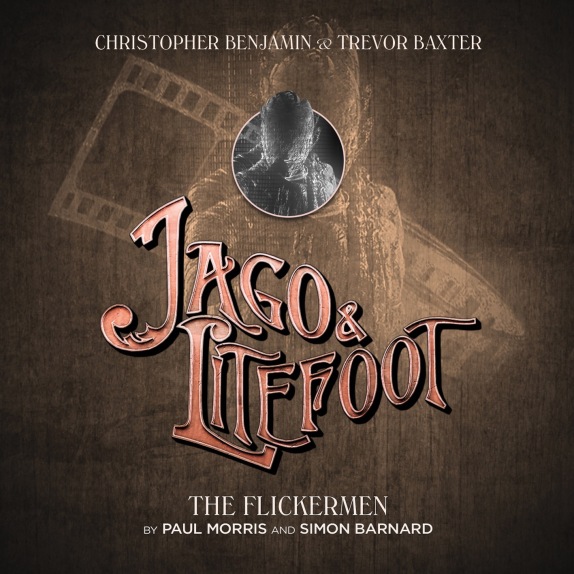 The Flickermen focuses on some until now mythical creatures, the stuff of scary fairtales. But when a new cinematographer enters town and threatens to put Jago’s theatre out of business then our two victorian heroes find out that the flickermen might not be so mythical and may have been caught on film; literally.

School of Blood: After the vampire story line being planted amongst the first 2 stories then in search of them Jago and Lightfoot head back to school as members of staff. As people go mysteriously missing at the school then the pair think they are getting close to the vampires, but what they find maybe even more unlikely.

Finally ‘Warm Blood’ finds Jago and Lightfoot following Ellie to where she says the vampires are to be found, but can they trust their old friend still? When they find themselves face to face with ‘the Old One’ can they make it out and save their wayward friend?

In answer to my own question above about this series standing on it’s own after some top flight cameos from the world of Who,; they smashed it.

Christopher Benjamin & Trevor Baxter are endlessly entertaining and born to play these parts. As they comment in the extra features, the writing for them in this set is spot on and nails the comradery between the two central characters. Lisa Bowerman puts in possibly her best performance yet as Ellie and has a lot to do in this one. It’s a wonder how Lisa Bowerman finds the time to do everything she does in Big Finish both in front of the mic and behind.

This collection of stories keeps you enthralled and guessing as to where it is going. 9/10 Victorian lanterns.

Download here https://www.bigfinish.com/releases/v/jago-litefoot-series-12-1459
Check out the rest of our Big Finish reviews!