Every Batman fan must be on cloud nine right now. Fox’s hit show Gotham Season 3 is finally shaping up and its villains are looking more scary than ever before.

During the past few episodes, Gotham has included a lot of character development in its storyline. 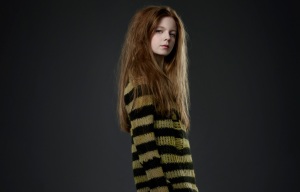 Gotham’s Pamela Isley looked like a character straight out of the comic books as she walked and talked like the DC Universe’s Poison Ivy.

She wore an elegant green dress, and was able to manipulate minds using her perfume. For quite some time now, Poison Ivy’s mind-controlling perfume has been one of her most powerful weapons on the show. Now, all we need to see is her poison lipstick.

However, the storyline is muddy when it comes to Nathaniel Barnes and it has left viewers wondering where it will take him in the coming episodes.

Could he be Lock Up, a brutal prison officer who uses excessive force to keep inmates in line? Or could he be the Executioner? He could also turn out to be Solomon Grundy, the corporeal revenant of the DC Universe.

He could even be the “the only villain who broke the bat” AKA Bane, for all we know .

Gotham has been shaking things up with their characters by not following the comic books word-for-word.

For example, Edward Nygma (Cory Michael Smith) only really become The Riddler after he accidentally killed Ms. Kringle and the cop she was dating. DC Comics’ Edward Nygma has always been The Riddler, and it was only in Gotham where viewers saw this new tidbit about The Riddler’s past. 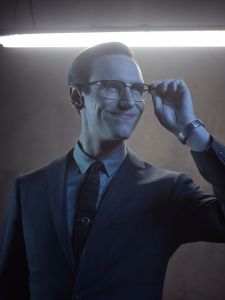 Smiths portrayal as Nygma has been lauded by many DC fans for doing a fantastic job of channeling Gotham’s psychotic forensic expert well by coming across both quirky and villainous at the same time.

Thanks to Gotham, Batman is reaching new target markets and audiences.

Gone are the days when superheroes were only meant for kids, as the newer Batman films have mature plots that are obviously intended for adult viewing. 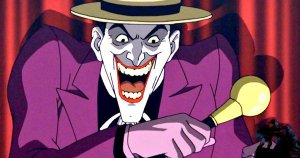 The most recent example of this is “The Killing Joke” animated film where Bruce Wayne (Batman) and Barbara Gordon (Batgirl) had a “suggestive scene” while on a mission. See our review of The Killing joke here.

Apart from the films that target mature moviegoers, DC seems to be also reaching out to adult gamers.

In recent years Batman video games have been increasingly popular with 2016 releases including Batman: The Telltale Series and Batman: Return to Arkham.

There’s even a Dark Knight Rises slot machine game, which is hosted on the Pocket Fruity website, along with other commercially-licensed titles.

With Gotham getting darker than ever before, and the slew of adult-themed movies and games, it’s fairly obvious where Batman’s direction is heading.

Gotham Season 3 is currently on its mid season break in the US.

3 thoughts on “Gotham’s villains are getting really evil!”