Carrie Fisher, the actress best known as Star Wars Princess Leia Organa, has died after suffering a heart attack at the age of 60. 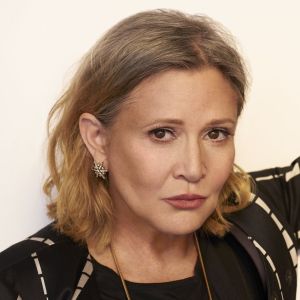 It is with a very deep sadness that Billie Lourd confirms that her beloved mother Carrie Fisher passed away at 8:55 this morning. She was loved by the world and she will be missed profoundly. Our entire family thanks you for your thoughts and prayers. 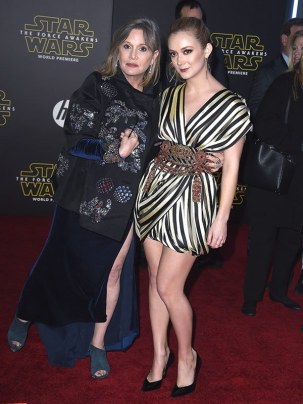 Fisher was flying from London to Los Angeles on Friday, Dec. 23, when she went into cardiac arrest. Paramedics removed her from the flight and rushed her to a nearby hospital, where she was treated for a heart attack. She later died in the hospital.

The daughter of showbiz veteran Debbie Reynolds and entertainer Eddie Fisher, Fisher was brought up in the sometimes tumultuous world of film, theatre and television.

Escaping Hollywood in 1973, the star enrolled in the Central School of Speech and Drama in London, where she spent over a year studying acting.

Just two years later in 1975, though, the bright lights of Hollywood drew her back, and Fisher made her film debut in the Warren Beatty-lead Shampoo.

Her role in Star Wars would follow in 1977 and would catapult her into worldwide fame. 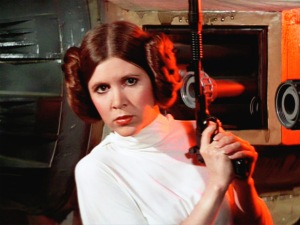 Aside from film Fisher focused on her writing career – publishing several novels and biographies.  In addition, Fisher reportedly helped craft the scripts for numerous Hollywood films, going uncredited, for films like The Wedding Singer, Hook and Sister Act.

Fisher’s Wishful Drinking autobiography was turned into a one-woman stage show and eventually an HBO documentary – part of Fisher’s charm was turning her own personal turmoil into comedy gold !

Fisher was also a strong advocate for mental health and addiction issues.

Fisher publicly discussed her diagnosis of bipolar disorder and her addictions to cocaine and prescription medication, including an appearance on ABC‘s 20/20 and The Secret Life of the Manic Depressive with Stephen Fry for the BBC.

In 2016, Harvard College gave Fisher its Annual Outstanding Lifetime Achievement Award in Cultural Humanism, noting that “her forthright activism and outspokenness about addiction, mental illness, and agnosticism have advanced public discourse on these issues with creativity and empathy“.

Carrie Fisher was one-of-a-kind, a true character who shared her talent and her truth with us all with her trademark wit and irreverence. Millions fell in love with her as the indomitable Princess Leia; she will always have a special place in the hearts of Star Wars fans as well as all of us who were lucky enough to know her personally. She will be sorely missed, and we join millions of fans and friends around the world who mourn her loss today.

Carrie holds such special place in the hearts of everyone at Lucasfilm it is difficult to think of a world without her. She was Princess Leia to the world but a very special friend to all of us. She had an indomitable spirit, incredible wit, and a loving heart. Carrie also defined the female hero of our age over a generation ago. Her groundbreaking role as Princess Leia served as an inspiration of power and confidence for young girls everywhere. We will miss her dearly.

She is survived by her mom Reynolds, daughter Lourd and beloved French bulldog, Gary.

One thought on “Star Wars Actress Carrie Fisher Dies at 60”