A new image for Doctor Who series 10 has been released, ahead of a 60-second trailer for the series premiering on BBC One tonight (Monday 13th March) during half-time of the FA Cup quarter final match between Chelsea and Manchester United. 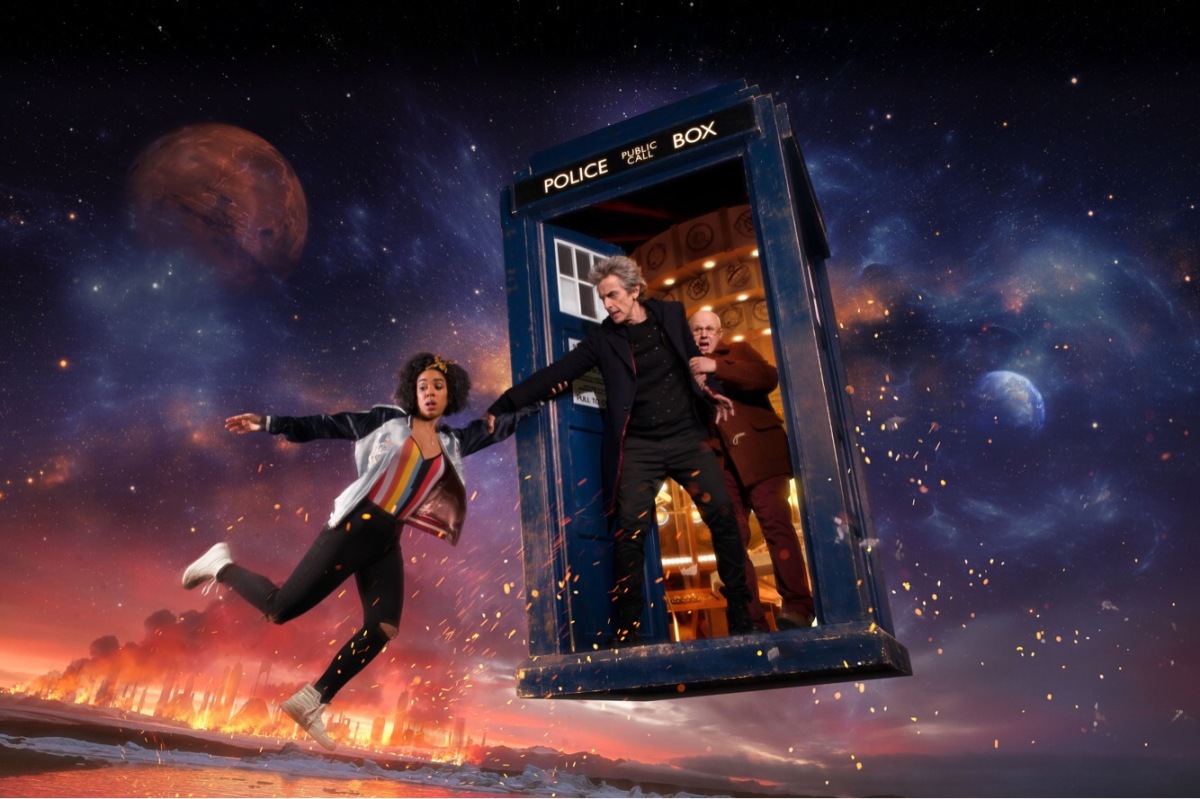 The image features Peter Capaldi as The Doctor, with Pearl Mackie as his new companion Bill Potts and Matt Lucas as Nardole.

Doctor Who returns to BBC One on Saturday 15 April with Episode 1; titled ‘The Pilot’.

UPDATE: Here is the new trailer!