The feisty writer, editor and publisher was responsible for such iconic characters as Spider-Man, X-Men, Thor, Iron Man, Black Panther and The Fantastic Four. 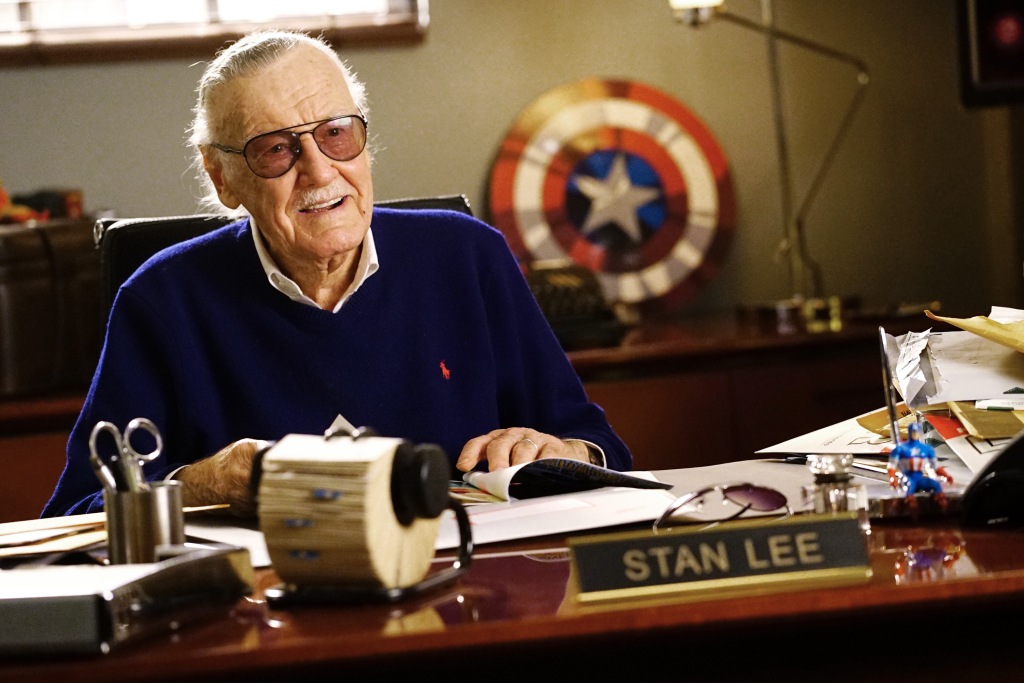 Stan Lee, the legendary writer, editor and publisher of Marvel Comics whose fantabulous but flawed creations made him a real-life superhero to comic-book lovers everywhere, has died. He was 95.

Lee, who began in the business in 1939 and created or co-created Black Panther, Spider-Man, X-Men, The Mighty Thor, Iron Man, The Fantastic Four, The Incredible Hulk, Daredevil, Ant-Man and other characters, died early Monday morning at Cedars-Sinai Medical Center in Los Angeles, a source told The Hollywood Reporter.

Today, we pause and reflect with great sadness on the passing of Stan Lee: https://t.co/J0cwgdn677 pic.twitter.com/eOBdZAqdZ0

On his own and through his work with frequent artist-writer collaborators Jack Kirby, Steve Ditko and others, Lee catapulted Marvel from a tiny venture into the world’s No. 1 publisher of comic books and later a multimedia giant.

This is how I’ll always see you, @therealstanlee: as our benevolent leader and king, smiling down from your eternal throne on the generations of imaginations you fed and inspired. You were the first creator whose voice I knew before I’d ever actually heard it. You dreamed up some of my favorite modern myths and created characters that instilled in me a moral barometer, teaching me right from wrong and showing me it’s always better to be a hero instead of a villain. Your characters represented us: yes, they had extraordinary, unbelievable abilities, but they were also reflections of a world we knew, where a Spider-Man is really just a boy who wants to help. You showed me how to interact with the audience whenever you stepped onto Stan’s Soapbox to reach out to the readers. You showed me how to advocate for my field beyond the actual art itself whenever you tub thumped for comic books outside of the medium. It was never enough for you to simply make a comic because you were a true salesman at heart. So you not only sold comics, you sold me *on* comics – so much so that I built a life and career around your dreams and ideals. When you did Mallrats with us, you not only made a lifelong fan’s dream come true, you also lent me comic book credibility that I still get to spend today. And whether it was for @comicbookmenamc or @yogahosers, whenever I asked to borrow your heat again, you were always there for me with a smile. Your love story with Joanie and your long, happy marriage always shined as an example of what I wanted for my personal life. I long admired (and emulated) your kindness and patience and sense of humor when dealing with your public. Outside of my parents, you were the one adult who gave me the most useful life skills I still use today. Thank you, Stan, for making me not only the boy I was but also the man I am today. You had great power and you always used it responsibly, fostering billions of dreamers who all know your name – a name written in the stars for all time. You were not just the literary titan of comic books, you were our modern day Mark Twain. I will miss you all my days, my friend and hero. Excelsior forevermore. #KevinSmith #StanLee

In 2009, the Walt Disney Co. bought Marvel Entertainment for $4 billion, and most of the top-grossing superhero films of all time — led by The Avengers‘ $1.52 billion worldwide take in 2012 — featured Marvel characters.

Today, Marvel Comics and The Walt Disney Company pause and reflect with great sadness on the passing of its Chairman Emeritus, Stan Lee: https://t.co/LQSQGimt9M pic.twitter.com/0qLbGsZl0z

Like Alfred Hitchcock before him, the never-bashful Lee appeared in cameos in the Marvel movies, shown avoiding falling concrete, watering his lawn, delivering the mail, crashing a wedding, playing a security guard, etc.

He changed the way we look at heroes, and modern comics will always bear his indelible mark. His infectious enthusiasm reminded us why we all fell in love with these stories in the first place. Excelsior, Stan.

In Spider-Man 3 (2007), he chats with Tobey Maguire’s Peter Parker as they stop on a Times Square street to read news that the webslinger will soon receive the key to the city. “You know,” he says, “I guess one person can make a difference”.

And Stan certainly did !

Today, we lost a real-life superhero. Stan Lee, thank you for everything. pic.twitter.com/zH6YIlslnx

We at IndieMacUser were lucky enough to meet the legend that was Stan Lee at London Film & Comic Con 2014.

Stan was the first guest we saw at this event and we also attended his sold out panel. Stan was an amazing guest and seemed generally happy to be at the event.

RIP to a true legend !

One thought on “Stan Lee, Marvel Comics Creator Dies at 95”