Yvonne Hartman (Tracy-Ann Oberman) leads Torchwood once more with Captain Jack (John Barrowman) still in the mix with the new Torchwood team as the stakes only get higher.

Norton Folgate (Samuel Barnett) leads the Torchwood team aboard a plane containing a mysterious artefact stuck in a time loop. But when they get as stuck as the plane, it turns out Norton may have his own reasons to want this plane freed.

This is a very dynamic start to the series. Norton joining the Torchwood team in the present day for a whole set was actually Russell T Davies idea, as revealed in the extras and it’s an inspired one. He is a character which is so seductive and engaging you want to route for him even when he isn’t always clearly on the side of right. This makes him the perfect Torchwood agent. They also make the clever decision to do a time loop but not have us reliving the loop with the cast. Instead we get one loop and find out more about what had happened as we go; making this more original than your usual time loop story. Sergeant Andy (Tom Price) and Yvonne being the ones stuck with Norton also makes for a great story. Yvonne is constantly trying to control and the relationship between her and Andy and Andy and Norton gives great fuel for the fire.

After recent events Tyler Steele (Jonny Green) finds himself homeless. He is too proud to accept or ask from help from Ng (Alexandria Riley) or any of the other Torchwood team. Things get a lot worse though when Tyler finds out a new government scheme to ‘help the homeless’ through an app is a cover for experimentation. Can Tyler and his new friend Kirsty (Jessica Hayles) survive long enough to get Torchwood on the case? Will Torchwood listen anyway? Tyler needs his friends and finds they are in short supply. 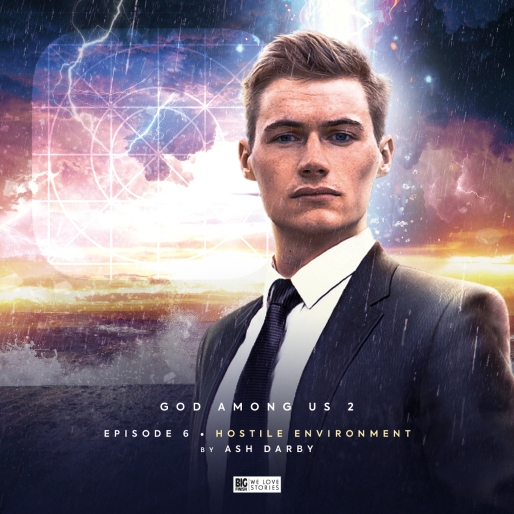 A very good script from Darby. It asks some tough questions of our society and how we treat the homeless whilst also showing what a lifestyle like the one Tyler has been living can easily lead to if you don’t treat those around you with respect. Hayles gives a human face to the homeless without the script ignoring that sometimes people in that situation are having to do what they must to survive. It also shows me, as always how they have skilfully made Torchwood about more than what we might think of as the key player. You can have a story like this that focuses on one character and still feel that it is a Torchwood story.

Another Man’s Shoes by Tim Foley

The Torchwood team wake up to find they are not in the right bodies. Norton has swapped with Folgate. Yvonne is swapped Andy. Jack finds himself on a date with Colin in Colchester’s (Paul Clayton) body and Ng for some reason seems to still be herself. They need to keep business as usually running and find answers to getting them minds in the right body’s. But why would someone do this to them and what is their end game?

This story is the Iron first in a silky glove. It appears to be a very funny and fun story but then the turn happens and more serious goings-on and consequences present themselves. Both are equally as gripping. The story line in this where Colchester is due to be out with his husband for his birthday having just come back from the dead and having to leave that to Jack is the most compelling for me. Really though all the cast is on form. Some of the cast do more of the voice of the character they have swapped with and some more just the character but it works pretty well either way and the performances as other characters does the cast proud.

Eye of the Storm by David Llewellyn

Jack and co are called to a power station that is turning people to stone and causing waves of destructive energy that endanger lives. Really just another day for Torchwood. That is until some members of the team start acting strangely and a bigger plan comes to light that has been forming for a very long time. But when the Committee and God herself are playing the long game with anyone make it out alive? Will just following orders be enough for Yvonne this time and will Norton finally see who he can and can’t trust?

Torchwood is always good as getting you to question motives and not be sure which way people will fall on the moral spectrum. But this is something else. The phrase “hairs on the back of my neck stood up” can be over used, but here that totally happened for me. I honestly didn’t know where which character would go. David Warner is a treat as alway as the Committee as is Jacqueline King as a masterfully subtly played ‘God’. I can’t say too much as this is definitely a story that reveals itself in the twists along the way, but it keeps you guessing till the end and beyond!

This is a great set. As well as the stories above there is a sort of hidden track in ‘Cardiff Unknown’; a fake podcast that talks of uncovering the undercover exploits of Torchwood, a fun mini episode as an extra.

All the cast are on top form here. The fallout from the last set possibly leads to the most drama yet and these stories clearly set up shockwaves to come. I don’t know where we are headed next with Torchwood but I can’t wait to find out. 10/10

Buy the set now on CD or Download at https://www.bigfinish.com/releases/v/torchwood-god-among-us-part-2-1860

Review: Torchwood – God Among Us (Part 1)