Horror is easily one of the most popular genres in the gaming industry.

Mark Butler of iNews UK hypothesises that the rising popularity of horror games comes from the fact that people get a rush from being scared. With horror being such an important part of culture, many people have grown up with horror icons such as Dracula and Jigsaw.

This love of the horror genre is embraced by a wide range of entertainment platforms, including online slot providers. In this post we look at 5 slot games that are based on horror icons.

No doubt a classic horror icon, Frankenstein is depicted in every part of the zeitgeist. Since its release in 1818, the story has been adapted many times. The famous creature and its creator have also found a home in online gaming.

The Franken Cash online slot game based on the horror icon uses many images that have become iconic because of the character. It features lines with a green monster lady (a play on the gender of the original monster), a crazy scientist, and a Hunchback. The online slot game also includes a bonus round where you can choose the voltage meter to use on the green abomination.

Freddy Krueger is the satanic antagonist of the Nightmare on Elm Street franchise.

His deformed face and sharp claws are now also key images for the online slot game dedicated to the movie series – Nightmare on Elm Street Slots. Other characters from the franchise like Nancy Holbrook, Quentin Smith, and Jesse Braun also appear in the slot game – because what is a monster without its victims?

You can’t possibly talk about horror icons without the incomparable Dracula.

During the last century, the king of vampires has evolved from an iconic literary villain into a staple character in numerous media formats including the gaming industry. Perhaps most notable game is Castlevania III from game studio Konami. With a wide fan base across generations, Netflix has even created an animated series based on the title—with a third season recently announced. No matter which entertainment platform you go on you will find a Dracula story. 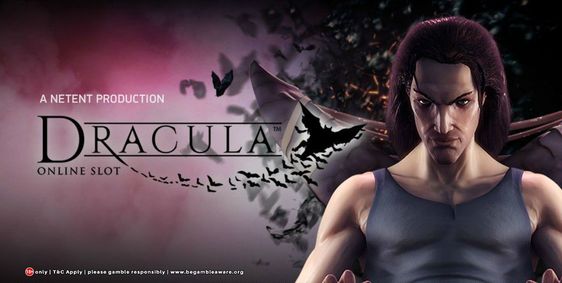 So it’s not surprising that online slot games have also paid homage to this timeless icon. Online games provider TuxSlots has multiple titles based on Bram Stoker’s original character including Dracula, Wild Blood, and Blood Suckers. To stay true to the original material, Dracula features an un-lockable ‘bat mode’ which transforms the horror avatar into a cluster of bats. Each game takes elements of the classic story and creates their own version of it.

Serial killer stories have always been the bread and butter of the horror genre. The movie Halloween from the mind of John Carpenter (which will be returning to cinemas in 2020 with Halloween Kills) has now become a standard by which other horror films are measured since it opened in cinemas in 1978.

The movie’s memorable murderer, Michael Myers, was licensed to an online slot game created by Microgaming, a digital tribute to Carpenter’s macabre contribution to cinema. The slasher film brute is the highlight of the game with five reel slots and fifty stake lines. Other symbols in the game include the other main characters from the movie as well as some of Myers’ favourite “tools”.

The embodiment of dread, Alfred Hitchcock’s Psycho is a classic with a hefty cult following.

With 25 pay lines and a bonus round, the Psycho-inspired online slot machine from NextGen Gaming is as exciting as it is frightening. Iconography from the Psycho film gives the game a chilling backdrop and includes the famous murder weapon used by Norman Bates. Complete with the three note violin slash emblematic of the series, the Psycho Online Slot game is a horror title that will jostle the senses.

With these online horror slot games, you can experience the thrill of Halloween anytime of the year.