Dead Man’s Switch represents this particular critic’s first foray into Torchwood audio dramas. While being somewhat familiar with the show and its characters and stories, they had never grabbed me as anything that was absolutely required listening especially with the last television season ‘Miracle Day’ leaving a particularly nasty taste in my mouth. 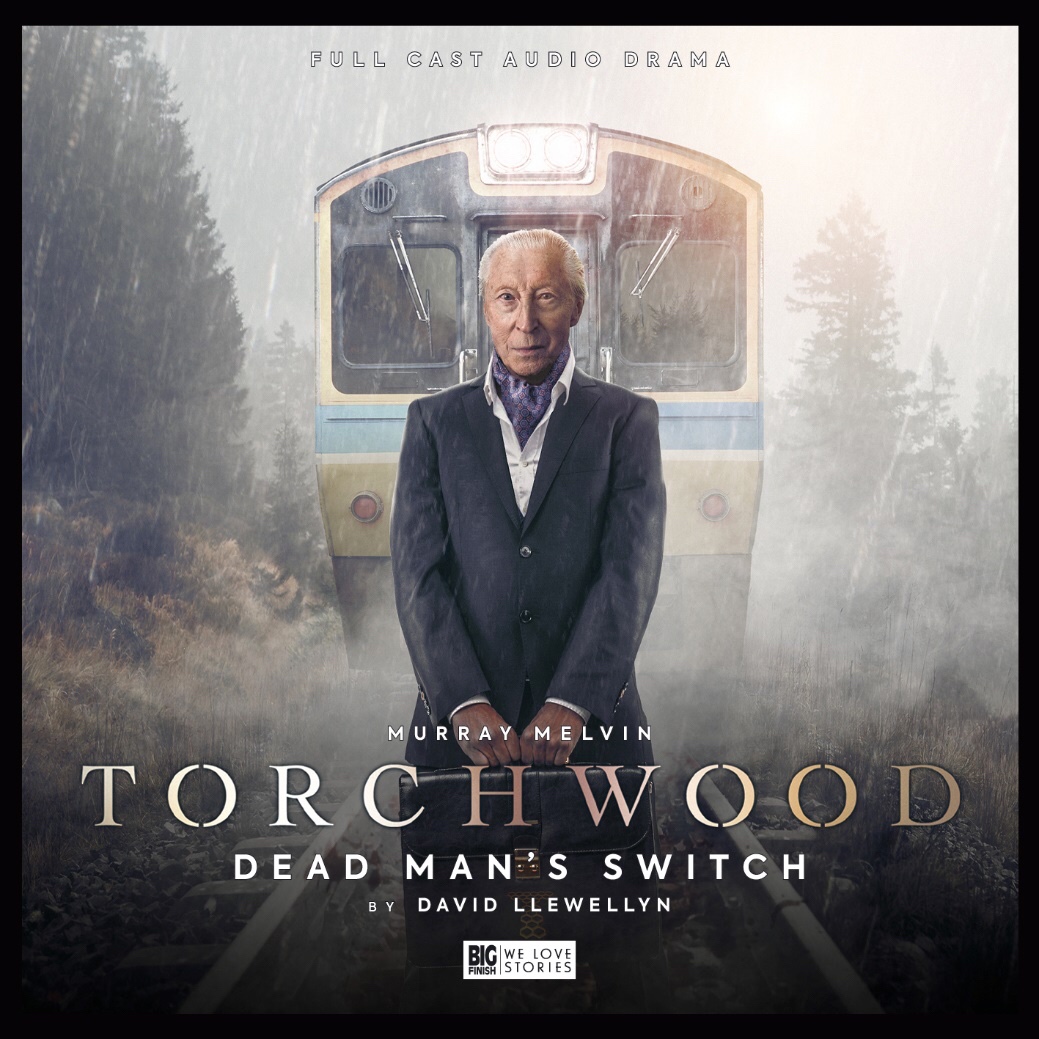 At the initial time of writing, I had mostly been turned off to any further adventures from this spinoff. But after being told by several other Whovians and critics that much of Torchwood’s new material has actually been rather stellar and given the opportunity to review an audio adventure properly, I decided it was time to jump on the bandwagon and see what the fuss was about.

In many ways, this is an unusual audio to start with as ‘Switch’ is a mostly standalone adventure concerning one of the villains from the first season of the show. A trio of people with different backgrounds and agendas are jolted from slumber on a stopped train stuck in the middle of nowhere. The one thing they all seem to have in common? The involvement of a strange old man in some odd occurrences in their lives hallmarked by classical music that has them suspicious of everything around them…..

The majority of the story is taken up by flashbacks surrounding how each character got into the position they were in and how Melvin’s character manifested to them and there is a strong horror anthology vibe to the whole affair that’s scintillating and rather chilling. The actual plot is rather bare-bones sadly and the whole affair comes and goes rather quickly to the point where the narrative device that sets everything up almost seems pointless. But the idea is a creepy one that other audios have used rather effectively and it’s still great here especially with the title tying in appropriately to a safety device used on real-life trains to this day.

Every one of the very small cast gets plenty of time in the sun serving as disagreeable but still somewhat interesting protagonists of sorts. Timothy Blore’s property manager is a cocaine-huffing ruffian and Maxine Evans as a devious antique dealer is greedy and amoral with a story that’s probably the most viscerally interesting of all three. Mali Ann Rhys is the only one of the cast who even gets close to likable and that turns out to be a major point in her favor story-wise for reasons that would constitute spoilers to what’s going on.

But of course, Murray Melvin’s Bilis Manger is the main highlight of the story and a true pleasure to listen to. His character is warm and inviting but still a very intimidating schemer and Melvin is obviously enjoying every moment of his performance; reminiscent of Derek Jacobi’s War Master at his nastier moments.

There’s obviously more going on behind this story than meets the eye which we get the barest of glimpses of in this extended morality fable. There are references to events happening in other sets that won’t be familiar to casual listeners and the titular Committee hinted at and linked to other Torchwood audios has the barest of references here. It might turn off some listeners; especially those who associate this world more with the regulars of the team. But as a moderate newbie to Torchwood audios, “Dead Man’s Switch” is a chilling singular outing that gets you intrigued, spooked, and curious to hear more.