Doctor Who made its triumphant return to our screens on New Years Day with Series 12, Episode 1 ‘Spyfall‘ guest starring Stephen Fry and Lenny Henry.

However, there was one big reveal on the episode that has fans talking; when the character of ‘O’ played by Sacha Dhawan was revealed to be classic Doctor Who villian ‘The Master’. The Master had not been seen since the face-off between his female incarnation ‘Missy’ and a previous incarnation (played by John Simm) during the Series 10 Finale. 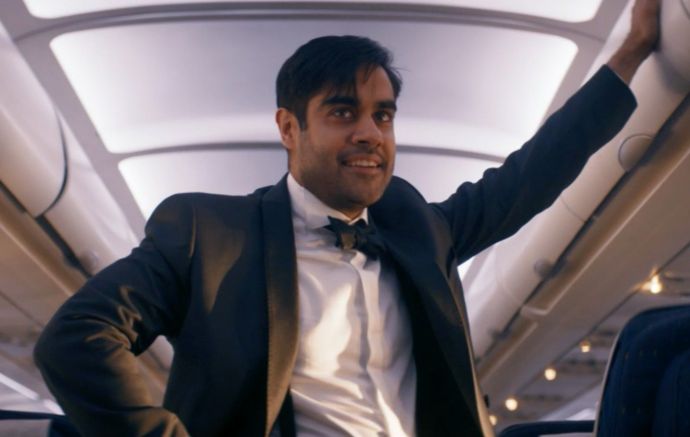 This is however not Sacha’s first interaction with the whoniverse; he portrayed original Doctor Who director Warris Hussein in 2013’s biographical drama Adventure in Space and Time chronicling the early days of Doctor Who as part of the 50th Anniversary celebrations.He has since appeared in Doctor Who audio dramas for Big Finish.

Sacha recently spoke to the BBC about taking on this iconic character:

“The first feeling I had was pure terror to be honest, and I thought: ‘there’s no way I can do this!!’ Then I eventually calmed down.”

Did you know what the role was for when you auditioned, did you know how big of a role it was?

I didn’t audition which was amazing as I’ve never been offered a part. I’d worked with Matt Strevens on Adventure in Space and Time and he’s a great friend of mine.

He had asked me to play another character in the last series of Doctor Who but I was away filming.I think in hindsight it’s the best thing that could have happened because I wouldn’t have been able to play this iconic character.

How’s it been keeping the secret?

It’s actually really difficult and I think the more you’re told not to say something, the more you want to! It’s an amazing feeling, especially being the first British Indian actor to portray the role. I’m really proud and excited for people to see it.

Have you worked with any of the other cast before?

I’ve worked with Jodie – we did an ITV drama a long time ago. I was worried she might not recognise me so it was a real joy when she did. It totally put me at ease!

What was it like working with the cast and crew?

It was amazing. And I had already worked with some of the crew on Sherlock. I love coming to Cardiff to film, because of the crew; they are incredibly generous. The character can be quite unpredictable at times, and I found the crew immensely supportive and collaborative.

The cast couldn’t be more welcoming, particularly Jodie, who has the responsibility of setting the tone on set. And it’s a huge responsibility in my opinion, especially with the amount she has to do each day. She’s a special Doctor for me, not just because I’m fortunate enough to work with her, but because she’s a true company leader, with such love and care for everyone on set. It’s something the audience don’t get to see, and it’s pretty incredible. I’ve learnt a lot from her.

How did you react when you heard it was the Master and how did you prepare?

The first feeling I had was pure terror to be honest, and I thought: ‘there’s no way I can do this!!’ Then I eventually calmed down.

My first port of call was to extract the bare bones of the character because there is so much information out there. I was keen to approach the part like I would with any other character, which in a way, gave me confidence to make the character my own. Yes the character is playful, unpredictable, dangerous, but I was keen to explore where that ‘persona’ originates from. That’s when I really became excited by the possibilities in terms of where I could take the character, because I started to uncover a much more darker, more melancholic side to The Master, which I felt hadn’t been explored before.

I actually sent Matt and Chris an audition tape prior to my first day on set and said “be honest”. They both seemed really excited by the tape, but at the same time, they gave me some interesting thoughts to think about and play around with.

It really opened up an interesting and exciting dialogue between Chris and I, which continued throughout the whole process. I felt I could call him at any time to share ideas, which only made the character stronger. It’s rare for an actor be able to do that; it felt very collaborative.

How do you feel knowing this is such an iconic character, and people are always going to now know you as the Master? 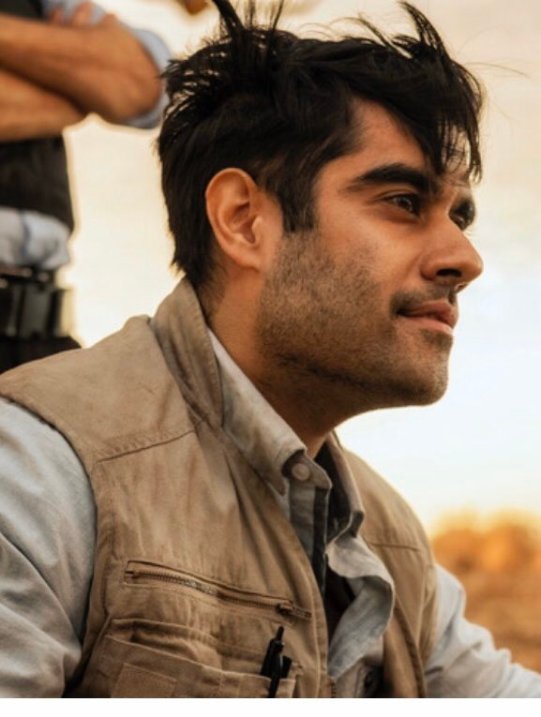 There was a time when actors like myself, wouldn’t even be considered for a role of this nature. Doctor Who has always been a landmark show, but I feel it’s becoming an even more landmark show due the stories that are being written, and the actors being cast to represent them. Yes, I’m a nemesis alien time lord, but that’s only the surface. For me, the role becomes ‘iconic’ because if you look beyond that you’ll see that there’s a much deeper story that’s going on. Once I realised that, I couldn’t feel more proud to be incarnating the character.

Doctor Who Series 12 continues this Sunday with ‘Spyfall: Part 2’ on BBC One