Disney Plus has recently launched in the UK – and just in time; as the March 24th launch date coincided with a UK-Wide lockdown due the Covid-19 crisis. With that in mind we have put together our top picks across the Disney, Star Wars & Marvel catalogue. 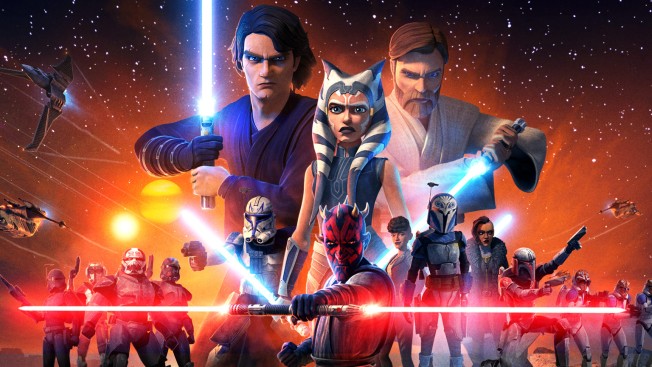 A must see for Star Wars fans of all ages, the series began with a theatrical feature film that was released on August 15, 2008. It is set in the fictional Star Wars galaxy during the three years between the prequel films Episode II: Attack of the Clones and Episode III: Revenge of the Sith. The series features the adventures many beloved characters from the Star Wars universe such as Anakin Skywalker, Obi Wan Kenobi, Yoda,  R2D2 & C-3PO as well as it’s own characters; mostly notably the padawan turned hero Ahsoka Tano (Ashley Eckstein) as the Jedi battle the droid separatists across the galaxy with the help of their Clone army.

We really appreciate the slightly comical and light-hearted take on Star Wars in this series while at the same time having a lot of heart and great story arcs; even if the action sequences are overused at times. 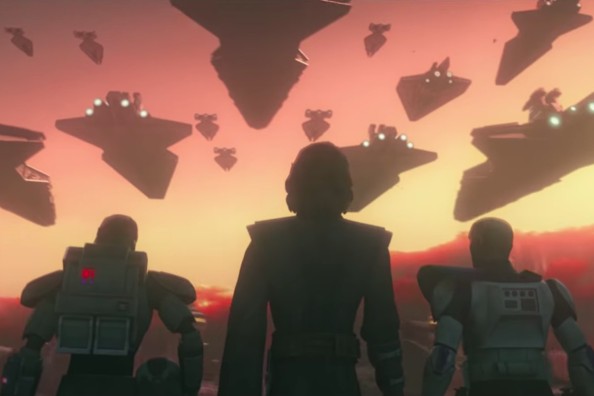 In a memorable 2018 comic-con moment show creator Dave Filoni shocked fans at the Star Wars Clone Wars 10th anniversary panel by revealing the return of the show on the new Disney streaming platform in response to fans asking for it’s return on twitter for many years with the hashtag #SaveCloneWars. All six seasons (and the 2008 film) are available to watch now Disney Plus with Season 7 ‘The Final Series‘ episodes currently being released weekly. 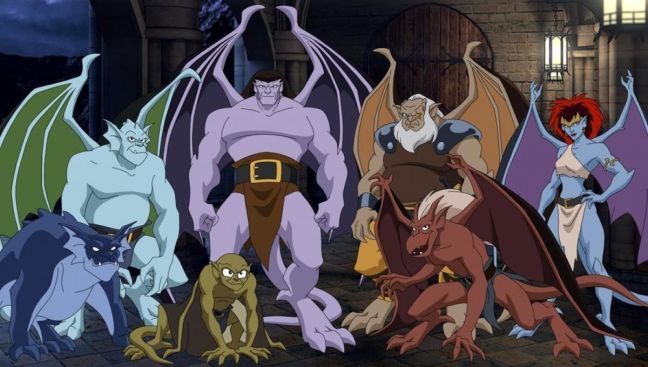 Originally aired from October 24, 1994, to February 15, 1997, The series features a species of nocturnal creatures known as gargoyles that turn to stone during the day. After spending a thousand years in an enchanted petrified state, the gargoyles (who have been transported from medieval Scotland) are reawakened in modern-day New York City, and take on roles as the city’s secret night-time protectors.

Not previously available to view in it’s entirety in the UK, Gargoyles was noted for its relatively dark tone, complex story arcs, and melodrama; character arcs were heavily employed throughout the series, as were Shakespearean themes. The series also received favourable comparisons to Batman: The Animated Series. The entire series is now available on Disney Plus.

The Mandalorian is the highly anticipated debut live action series in the Star Wars franchise. Set five years after the events of Return of the Jedi and 25 years prior to the events of The Force Awakens, it follows the title character, the Mandalorian bounty hunter (Pedro Pascal), and his exploits beyond the reaches of the New Republic.After the stories of Jango and Boba Fett, another warrior emerges in the Star Wars universe. The Mandalorian is set after the fall of the Empire and before the emergence of the First Order.

The series depicts a lone bounty hunter in the outer reaches of the galaxy far from the authority of the New Republic. Full of action, heart and the occasional laugh; this feels like the space western we have always wanted and it looks as good  if not better than some of the films, the show is also responsible for starting the Baby Yoda craze and you will struggle not fall instantly in love with this little guy!

The series is being released weekly on Disney Plus; two episodes at a time.

X-Men: The Animated Series (or simply known as X-Men), is an American animated television series which debuted on October 31, 1992, in the United States on the Fox Kids Network.
The show features X-Men similar in look and line-up to the early 1990s X-Men drawn by Jim Lee; composed of Cyclops, Wolverine, Rogue, Storm, Beast, Gambit, Jubilee, Jean Grey, Professor X, as well as an original character, Morph (an adaptation of previous X-Men member Changeling).

The series deals with social issues, including divorce (“Proteus”), Christianity (“Nightcrawler” and “Bloodlines”), the Holocaust (“Enter Magneto”, “Deadly Reunions”, “Days of Future Past” and “The Phalanx Covenant”) and AIDS hysteria (“Time Fugitives”), and feelings of loneliness (“No Mutant Is an Island”). Television was satirised in the episodes “Mojovision” and “Longshot”.

Widely regarded as one the most fondly remembered animated cartoons of the 90s – now is great time to catch up with the whole series now available on Disney Plus.

We are fascinated by the behind-the-scenes workings of Disney; and one of the more unique offerings of Disney Plus is a series of documentaries which gave cameras un-precedented access behind Disneys Parks, film & TV production and all other aspects of the business.

One Day At Disney

One Day at Disney is a documentary film, produced by Disney Publishing Worldwide and Endeavor Content as an exclusive release streamed on Disney+ beginning December 3, 2019. The feature length film is followed by 52 additional short segments, released as a series of episodes weekly on Disney+.

The documentary follows employees across the various divisions of The Walt Disney Company, taking a look at a day in the life of their jobs.

The Imagineering Story is a 2019 documentary miniseries created, directed and executive produced by Leslie Iwerks (The Pixar Story). The series is focused on Walt Disney Imagineering and takes an in depth-look at the history and creation of the Disney theme parks and attractions around the world.

Disney Plus is available now on most devices and a 7 Day free trial available.

Check out Four Reasons Disney is the Champion of Animation Movies

45 thoughts on “Our Disney Plus Picks”