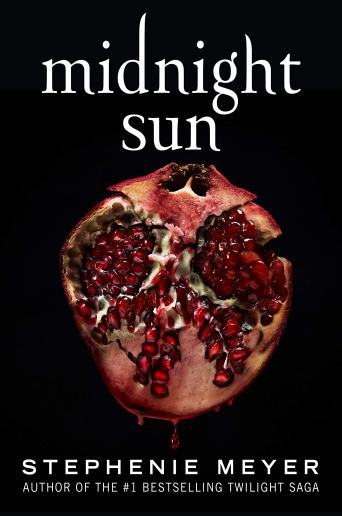 Speaking on Good Morning America on Monday, the author said:

“I am very excited to finally, finally announce the release of Midnight Sun on Saturday 4th August. It’s a crazy time right now and I wasn’t sure it was the right time to put this book out, but some of you have been waiting for just so so long it didn’t seem right to make you wait any more.”

The news comes after the author posted a countdown timer on her website earlier this month, with fans predicting something *huge* was on the way.

The new book in the Twilight series is written from Edward Cullen’s perspective instead of protagonist, Bella Swan. Stephenie stopped writing the book in 2008 after 12 chapters were leaked.

She did, however, post a partial draft for fans to read online, but never announced a release date until now. Ever since, fans have been desperate for the book to be released in full.

Since the first Twilight book was released in 2005, Stephenie’s work shot to fame, with the author going on to release a further three – New Moon, Eclipse and Breaking Dawn. In 2010 the Twilight novella The Short Second Life of Bree Tanner was released.

The books sold over 100 million copies worldwide and were also adapted into films starring Kristen Stewart, Robert Pattinson and Taylor Lautner, with Breaking Dawn being split into two parts.

Get your copy of Twilight Saga (Five book set) on Amazon now.

Get your copy of The Twilight Saga – The Complete Collection: 10th Anniversary Special Edition on Amazon now.