A few years ago you may never have heard of Parkland or Emma Gonzalez. This changed forever on Valentines Day (February 14th) 2018, when a gunman opened fire with a semi-automatic rifle at Marjory Stoneman Douglas High School in Parkland, Florida, killing 17 people and injuring 17 others. Witnesses identified the gunman as a 19-year-old former student at the school and the incident made headlines around the world. But perhaps, we still remember this incident in particular amongst a sad toll of similar incidents before and since thanks to the undeniably incredible political activism it has led to; led mostly by the surviving students and most notably student activist Emma Gonzalez who was instrumental in organising the March For Our Lives movement. 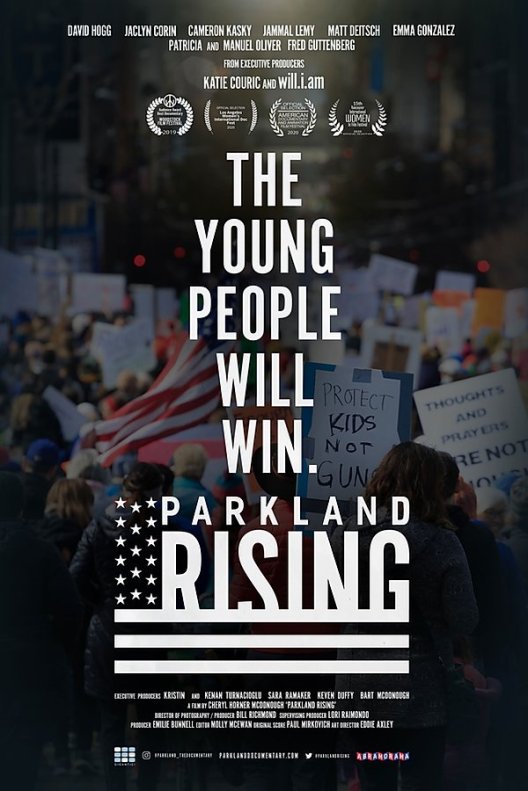 Produced/directed by Cheryl Horner McDonough (The T Word) and executive produced by Katie Couric (Today Show) and will.i.am; Parkland Rising is a documentary about the teen-led gun reform movement as it unfolds with a wealth of raw and illuminating content. We witness their grassroots efforts to get the gun lobby out of politics by turning out record numbers of youth voters while facing gun-carrying counter protesters, an onslaught of online vitriol, and even death threats. Through intimate ‘verité’ storytelling, Parkland Rising reveals the ways that ordinary citizens rose together in an extraordinary effort to end mass shootings in the country.

There are huge and somewhat controversial issues at play here, but the film-makers mostly avoid the trap of getting too swept up in the grandiose of the subject matter. Instead, what we get here are the personal stories & reviews of those involved in the movement; presented in a relatively true and raw fashion. We hear from the students turned activists, bereaved parents turned activists and some of their supporters; as well as the unavoidable voice of their detractors being ever present.

Despite the sombre subject matter, the overall feeling is uplifting; this film is about positive action and moving forward; not dwelling on the past but not ignoring it either. Perhaps most inspiring is how these young people have turned mourning and anger into a focussed force for change that puts many career politicians to shame. As a film It feels timely and necessary and I personally hope it will get as large an audience as possible.

Due to the current Covid pandemic the film will not receive a traditional theatrical release; however there will be a National Live Streaming Premiere June 2nd at 8pm EST, an Encore Live Screening June 5th at 7pm EST and ‘Virtual Theatrical Screenings’ Nationwide Beginning June 5th. The film is being released/produced by Gigantic Productions. 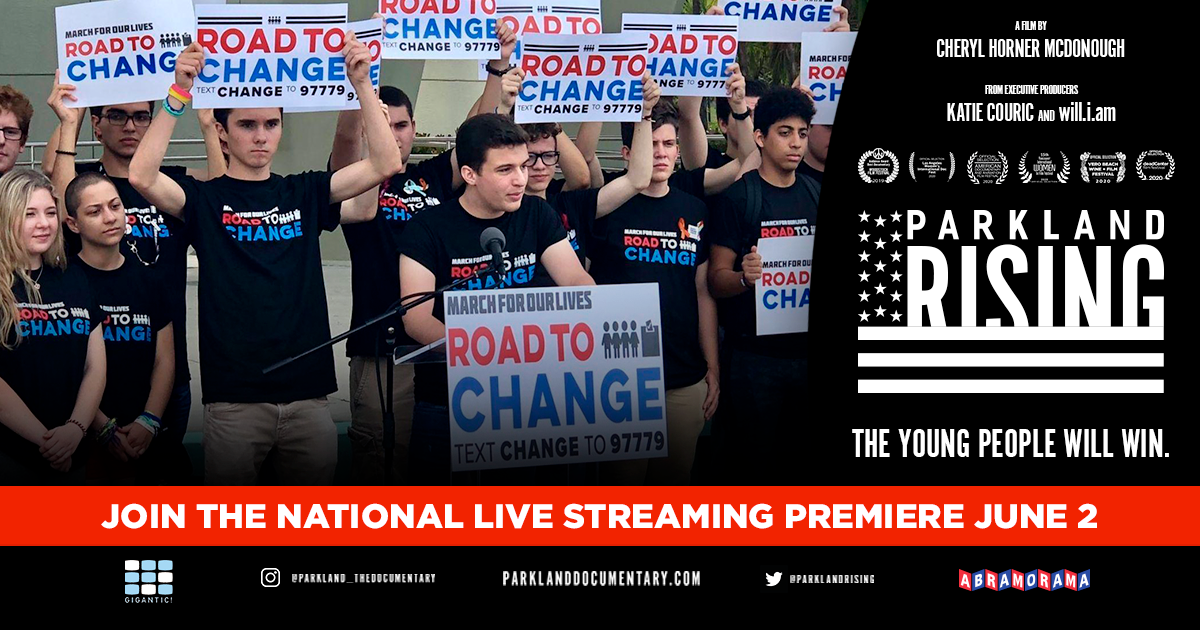 Find out more at parklanddocumentary.com