The film Mallrats from Kevin Smith celebrates its 25th Anniversary in this Limited Edition Blu-Ray set from Arrow Video boasting a brand new restoration and hours of bonus content. 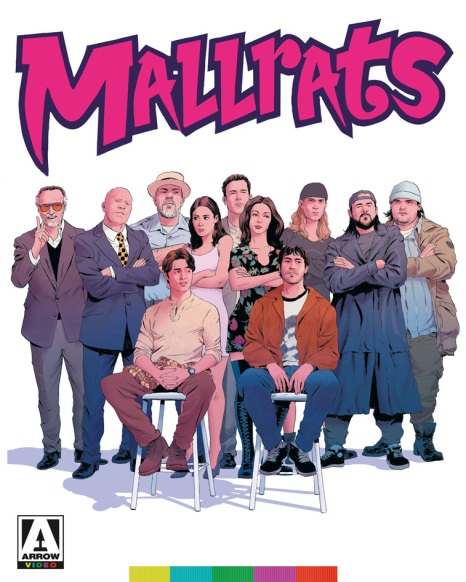 -Brand new restoration by Arrow Films of both the Theatrical and Extended cuts of the film, approved by director Kevin Smith and cinematographer David Klein. 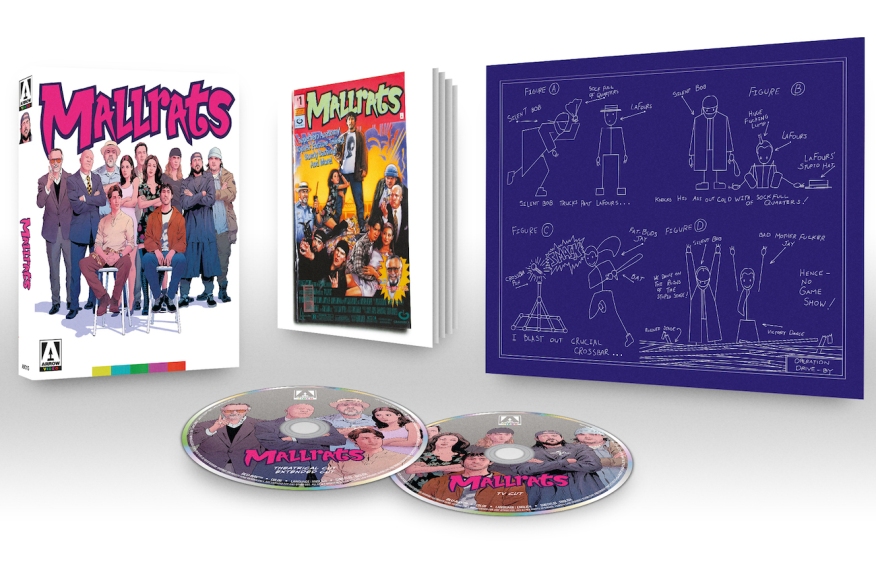 DISC ONE – THEATRICAL AND EXTENDED CUTS

Optional English subtitles for the deaf and hard of hearing

Brand new introduction to the film by Kevin Smith

My Mallrat Memories – and all-new interview with Kevin Smith

Hollywood of the North: A newly produced animated making-of documentary featuring Minnesota crew members who worked on the film

Outtakes and behind the scenes footage

Cast interviews from the original set

Erection of an Epic: The making of Mallrats – archival retrospective with cat and crew looking at the making and release of the film.

Build Me Up Buttercup music video

Optional English subtitles for the deaf and hard of hearing

The set is due to be released approx. 29th September 2020 (currently on US & Canada)

Pre-order from Amazon (US Only)

Pre-order in the US via DiabolikDVD

Pre-order in Canada via Unobstructed View