There are many exciting new BluRay releases coming in July; including a new Blade Trilogy set from Warner Bros.

Blade is a 1998 American superhero horror film directed by Stephen Norrington and written by David S. Goyer. Based on the Marvel Comics superhero of the same name. The film stars Wesley Snipes in the title role with Stephen Dorff, Kris Kristofferson and N’Bushe Wright. In the film, Blade is a Dhampir, a human with vampire strengths but not their weaknesses, who together with his mentor Abraham Whistler and haematologist Karen Jenson, fights against vampires, namely the exceptionally vicious Deacon Frost.

Released on August 21, 1998, Blade became a commercial success by grossing $70 million at the U.S. box office, and $131.2 million worldwide. Despite mixed reviews from film critics, the film received a positive reception from audiences and has since garnered a cult following. It was followed by two sequels, Blade II and Blade: Trinity, both written by Goyer who also directed the latter. 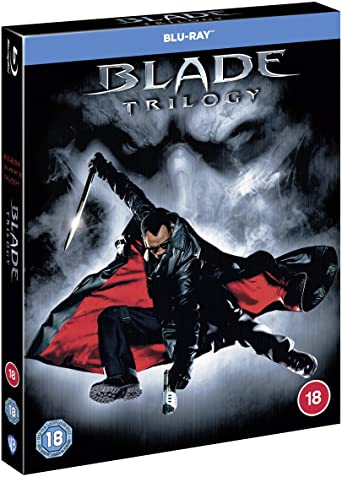 There are a limited range of special features included for each film such as commentary tracks and making-of featurettes. 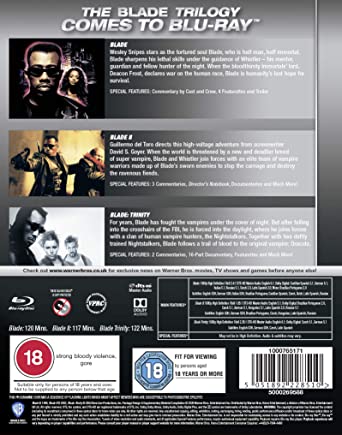 The set is due to be released 27th July 2020 and can be pre-ordered now from Amazon.

Marvel announced at San Diego Comic Con 2019 that they were making a new Blade movie as part of the continuing Marvel Cinematic Universe; the new film will star Mahershala Ali in the lead role. It is not expected to release before 2022 and further details about the film are yet to be released. It is not expected to connect with the existing Blade films.

Pre-order the set now from Amazon