From Mickey Mouse in the 1920s to Artemis Fowl in the 2020s, Disney has been the champion of animation for almost one hundred years. Regardless of your age, everyone has experienced a Disney animated movie that has touched their life in some way.

Disney outperforms its competitors every time, and here are four reasons why.

Part of the reason that Disney is unmatched in the animation industry is due to their brand reputation. They have been around for almost one hundred years, so longer than most people
have been alive. They are the household name when it comes to animated movies, and each new release builds anticipation, which results in people flocking to the theatres, or instantly purchasing digital downloads. 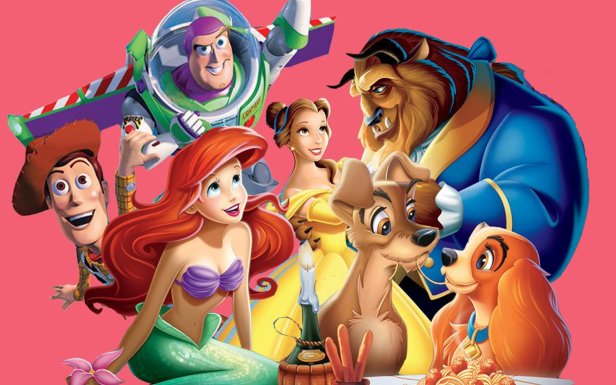 Films like The Lion King and Snow White are classics that have established Disney as the leader in the animated movie industry. Their biggest competitors just can’t catch up, since Disney has so many years on them. Even Pixar, who is now owned by Disney, doesn’t produce movies to the same standard. It’s a common opinion that the best Pixar movies were when they
still had a partnership with Disney, which include Toy Story, A Bug’s Life, Monsters Inc, Cars, and Finding Nemo. You can see a broken-down comparison between both Disney and Pixar
from Cash Lady(Check it out!).

Disney’s most significant competition, the animation game, is DreamWorks, which is owned by Universal Studios. Although their animated features are doing well at the box office, they still
can’t compete with the iconic storytelling abilities that Disney has.

Disney is known for its ability to tell a compelling story coupled with some fantastic song and dance numbers. Championing the animated musical genre is part of Disney’s identity, and no
other studio would even try to compete. The songs within classics like Beauty and the Beast, Aladdin, and The Lion King are recognisable by people everywhere.

While Disney hasn’t been releasing as many animated musicals recently, it is still their genre, and always will be. Most recently, the Frozen franchise has been enormously successful, becoming the most successful animated movies of all time, as stated by Vulture.

There are not many Disney movies that won’t make you cry. Whether the main characters are animals, people, or machines, Disney creates such a compelling story that you can’t help but
feel emotionally involved. The movies resonate emotionally with people of all ages and help viewers feel like they are part of the story. They do an incredible job of injecting comedy,
adrenaline, suspense, and emotion in a perfectly balanced way.

While all animation studios do their best to create compelling and engaging stories, Disney’s years of experience are evident.

Disney has now acquired both the Marvel and Star Wars franchises, which are two of the biggest franchises in the world. With these two behemoths under their umbrella, they can now
create just about anything.

Whether they choose to create original characters and animated movies or use the established characters of Marvel and Star Wars, there are endless options for
them to pursue.

Get your copy of Disney Princess Complete Collection Box Set on Amazon now.

Get your copy of Star Wars: The Skywalker Saga Complete Box Set in 4K on Amazon now.