DC FanDome has unveiled its robust schedule for its 24-hour fan streaming event on August 22nd— and it has anything and everything fans will want when it comes to the extended DC universe!

As DC revealed last week, an all-star roster of talent will be joining the event panels;

Gal Gadot, Chris Pine, Pedro Pascal and Kristen Wiig will be on hand for Wonder Woman 1984 while James Gunn will be answering questions about the forthcoming ‘The Suicide Squad’. We’ll also get to hear more about the upcoming Black Adam movie with Dwayne Johnson. 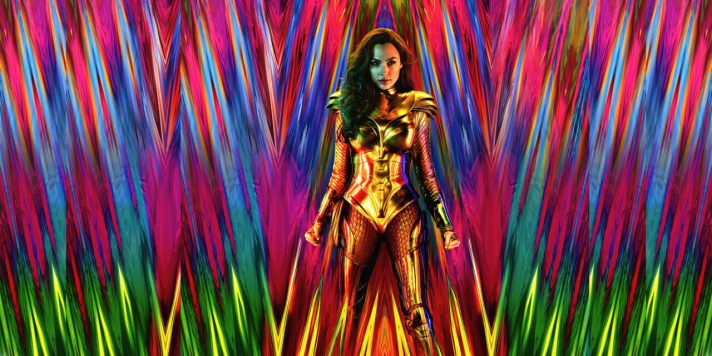 There will also be panlesMatt Reeves ‘The Batman’ starring Robert Pattinson as well as the standalone ‘The Flash’ movie starring Ezra Miller. and Zack Snyder will be previewing the new ‘Snyder Cut’ of Justice League.

On the TV side, DC FanDome will give us panels for Lucifer, The Flash, DC’s Legends of Tomorrow, Batwoman, DC’s Stargirl, Doom Patrol and more. There is a high probability that audiences will be treated to clips, trailers, exclusive news, big announcements and some surprise guests.

Read the schedule for the key film and TV highlights below. You can read the full schedule here.

Wonder Woman 1984
10 AM (Encores at 6PM, 2AM)
Hall of Heroes
Wonder Woman 1984 stars Gal Gadot, Chris Pine, Kristen Wiig and Pedro Pascal, and director/co-writer/producer Patty Jenkins join forces with Brazilian hosts Érico Borgo and Aline Diniz to celebrate the fans in a big way. They will answer questions from fans from all over the world, talk fan art and cosplay, and reveal an all-new sneak peek at the upcoming film — plus a few more surprises! (25 min)

The Flash
10AM (Encore at 1AM)
Hall of Heroes
Executive producer Eric Wallace joins cast members Grant Gustin, Candice Patton, Danielle Panabaker, Carlos Valdes, Danielle Nicolet, Kayla Compton and Brandon McKnight to discuss all things Flash with Entertainment Weekly’s Chancellor Agard. Team Flash will break down both parts of season six and look ahead at what is to come with an exclusive trailer for season seven. Fans will also get a look at the exclusive black-and-white noir episode “Kiss Kiss Breach Breach” (40 min)

Pennyworth
11:30AM (Encore at 5:15AM)
WatchVerse – Monarch
Join series stars Jack Bannon, Ben Aldridge, Paloma Faith, Emma Paetz, and executive producers Bruno Heller and Danny Cannon as they talk about this unique origin story of the famed butler behind Batman, Alfred Pennyworth. Join in for a fond look back at the show’s exciting first season and the inspiration behind its stunning and edgy 1960s London setting, plus a few unexpected secrets about the new season ahead! (20 min)

Introducing Flash
11:45AM (Encores at 7:45PM, 3:45AM)
Hall of Heroes
This 101-style conversation with The Flash filmmakers Andy Muschietti and Barbara Muschietti, star Ezra Miller and screenwriter Christina Hodson will give fans a speedy rundown on the first-ever Flash feature film. (10 min)

The Suicide Squad
12PM (Encores at 8PM, 4AM)
Hall of Heroes
What else would you expect from The Suicide Squad but the ultimate elimination game? First up, writer/director James Gunn takes on fan questions, then brings out Task Force X for a fast-paced, no-holds-barred Squad Showdown that tests every team member’s Squad knowledge — and survival skills! (30 min)

DC’s Legends of Tomorrow
12PM (Encore at 5:45AM)
WatchVerse – Monarch
Unicorns, encores and aliens…oh my! The Legends have encountered a mess of creatures, villains and time periods over the course of the show, and you, the fans, have been on this wild ride right along with them. Join the cast and producers of DC’s Legends of Tomorrow for a Q&A and, of course, lots of laughs! Be sure to tune in to get the inside scoop on favorite moments from past seasons and what they have in store for season six. Series stars Caity Lotz, Nick Zano, Matt Ryan, Tala Ashe, Jes Macallan, Olivia Swann, Amy Louise Pemberton and Shayan Sobhian join executive producers Phil Klemmer, Keto Shimizu and Grainne Godfree for a panel moderated by Entertainment Weekly’s Chancellor Agard. (35 min)

Superman & Lois
2:35PM (Encore at 2:30AM)
WatchVerse – Kandor
It’s a bird! It’s a plane! It’s Superman & Lois! Join DC Chief Creative Officer/Publisher Jim Lee in a conversation with executive producer/showrunner Todd Helbing and series stars Tyler Hoechlin and Elizabeth Tulloch as they discuss the history of Superman from the comics to the screen, what fans can expect from the upcoming series, and the significance of the characters in the world of today. Fans will be encouraged to follow along as Jim Lee shows the panelists how to draw the iconic Superman emblem and then share their own versions. (30 min)

The Snyder Cut of Justice League
2:45PM (Encores at 10:45pm, 6:45AM, 8:15AM)
Hall of Heroes
Zack Snyder fields questions from fans and a few surprise guests as he discusses his eagerly awaited upcoming cut of the 2017 feature film and the movement that made it happen. (25 min)

Black Adam
3PM (Encores at 11PM, 7AM)
Hall of Heroes
Star of the first-ever Black Adam feature film Dwayne Johnson sets the stage for the story and tone of the new movie with a fans-first Q&A…and a few surprises. (15 min)

Aquaman
4PM (Encores at 12AM, 8AM)
Hall of Heroes
Aquaman director James Wan and King Orm himself, Patrick Wilson, take a deep dive into the world of Atlantis that Wan created, revealing their favorite behind-the-scenes moments from the largest DC movie ever! (10 min)

Superman: Man of Tomorrow World Premiere
4:15PM (Encore at 12AM)
WatchVerse – Kandor
Be among the first fans to witness the world premiere screening of Superman: Man of Tomorrow, the latest entry in the popular series of DC Universe Movies. It’s the dawn of a new age of heroes, and Metropolis has just met its first. But as Daily Planet intern Clark Kent — working alongside reporter Lois Lane — secretly wields his alien powers of flight, super-strength and X-ray vision in the battle for good, there’s even greater trouble on the horizon. Follow the budding hero as he engages in bloody battles with intergalactic bounty hunter Lobo and fights for his life to halt the attack of power-hungry alien Parasite. The world will learn about Superman — but first, he must save the world! Emmy and Golden Globe Award winner Darren Criss (Glee) and Emmy nominee Zachary Quinto (Star Trek, Heroes) lead a star-studded cast as the voices of Superman/Clark Kent and Lex Luthor, respectively. The cast also includes Alexandra Daddario (San Andreas) as Lois Lane, Brett Dalton (Agents of S.H.I.E.L.D.) as Parasite/Rudy Jones, Ryan Hurst (Sons of Anarchy, The Walking Dead) as Lobo, and Iké Amadi (Mass Effect 3) as Martian Manhunter. (90 min)

SHAZAM!
4:30PM (Encores at 12:30AM, 8:30AM encore)
Hall of Heroes
Zac Levi and the cast can’t tell you s#&t! Sworn to secrecy on the new script for their upcoming movie, Zac and a few of his SHAZAM! castmates talk with the Philippines’ #1 DC fan, Gino Quillamor, about what the next movie might be about, while commenting on everything from panels to the other Zack’s cut — and even have a few surprise guests drop in! (10 min)

Lucifer
5PM (Encore at 3:15AM)
WatchVerse – Monarch
Lucifer is back from Hell, and the series is bringing a never-before-seen blooper reel from season four along with an exclusive clip of “Another One Bites the Dust” from the upcoming musical episode. Director Sherwin Shilati and Lucifer executive producers/showrunners Joe Henderson and Ildy Modrovich discuss what it took to put together such a massive musical episode — and how they have been able to keep it under wraps for so long. Hell yeah! (20 min)

Titans
5:30PM (Encore at 4:30AM)
WatchVerse – Monarch
“Titans are back, b*tches!” That phrase kicked off an explosive second season of Titans that culminated with the long-awaited emergence of Nightwing as their leader and the tragic death of one of their own. And as a new mysterious threat looms, season three promises to be the biggest yet! Join executive producer Greg Walker and series stars Brenton Thwaites, Anna Diop, Teagan Croft, Ryan Potter, Conor Leslie, Curran Walters, Joshua Orpin, Damaris Lewis, with Alan Ritchson and Minka Kelly for a preview of the new season as well as a discussion on the “Top Titans Moments” of the first two seasons. (30 min)

The Batman
5:30PM (Encores at 1:30AM, 9:30AM)
Hall of Heroes
The Batman filmmaker Matt Reeves joins host and self-professed fangirl Aisha Tyler for a discussion of the upcoming film…with a surprise (or two) for the fans! (30 min)

DC’s Stargirl
6:45PM (Encore at 6AM)
WatchVerse – Athena
DC’s Stargirl creator/executive producer Geoff Johns joins cast members Brec Bassinger, Amy Smart, Yvette Monreal, Anjelika Washington and Cameron Gellman for a panel full of fun and inside scoop. Join the new Justice Society of America as they dive into that epic showdown and learn a little more about each other through some special lenses. (35 min)

Batwoman
7:30PM (Encore at 8:15AM)
WatchVerse – Athena
Gotham’s newest hero is suited up and ready — and she’s here! Join executive producers Caroline Dries and Sarah Schechter plus cast members Rachel Skarsten, Meagan Tandy, Camrus Johnson and Nicole Kang for the exclusive first discussion with the highly anticipated new Batwoman Javicia Leslie as she prepares to step into the iconic role. The cast will break down season one and give a sneak peek at season two, featuring new arrival Ryan Wilder, aka Batwoman. (40 min)

Harley Quinn
8:15PM (Encores at 12AM, 6:45AM)
WatchVerse – Athena
Drop the kiddies off at the DC KidsVerse and head over to the Harley Quinn panel. The hilarious voice cast of Kaley Cuoco, Lake Bell, Ron Funches, Matt Oberg and Alan Tudyk will join executive producers Justin Halpern, Patrick Schumacker, Dean Lorey and supervising producer Jennifer Coyle to break down the most f@#king outrageous moments of the show. #Harlivy Forever! 20 min

You can read the full schedule here.