In a panel at DC FanDome further details were shared about the upcoming live-action DC movie ‘The Flash’. The panel featured film-makers Andy Muschietti (IT) and Barbara Muschietti along with the film’s star Ezra Miller and screenwriter Christina Hodson (Birds of Prey, Bumblebee).

Ezra Miller is ofcourse on board to star as Barry Allen, AKA, the Flash. And we got to see some concept images for his new suit. 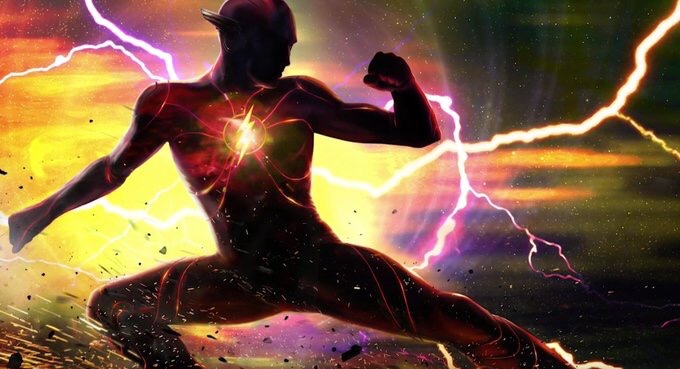 We reported earlier this week that Ben Affleck is going to wear the cape and cowl once again. After making a very public split with the character, Affleck will reprise his role as Bruce Wayne/Batman in the upcoming The Flash Movie, filmmaker Andy Muschietti has revealed. Affleck appeared opposite Ezra Miller as The Flash in 2017’s Justice League,

According to The Hollywood Reporter, Michael Keaton, who starred as Batman/Bruce Wayne in the Tim Burton‘s Batman (1989) & Batman Returns, is also in talks to reprise the character for The Flash. Sources tell THR that the role being envisioned for the veteran actor is akin to the role played by Samuel Jackson as Nick Fury in the Marvel Cinematic Universe, something of a mentor or guide or even string puller. Batgirl is one the projects in development that could fall under that win.

Michael Keaton in talks to reprise role as Batman