It is now the season where families come together, have holiday dinners, playing seasonal music, exchanging various gifts, make merry with others, and; of course, Santa Claus. In the current environment we reside in as lockdown is required this holiday, I hope the situations above will return in 2021.

Getting back to the man in the red suit; in many parts of America, Mr. Claus is considered a jolly man who gives presents to ‘good’ children and ‘bad’ children get coal in their stockings. Films in the United States view Santa and everything that surrounds him as being good. This was exemplified in such classic films as Miracle on 34th Street (1947, 1994) and The Santa Clause (1994).

But in 1984, Tri-Star pictures flipped the script on Santa by creating Silent Night, Deadly Night; turning the iconic man of Christmas into a killer and would birth a slew of numerous evil/killer Santa films that are still going strong nearly four decades later. 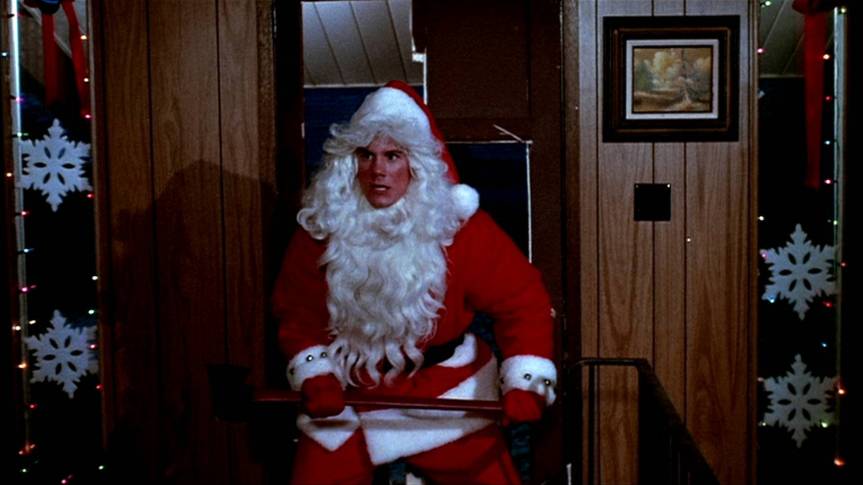 After the original ‘Silent Night, Deadly Night’ hit the cinema screens, four installments followed that spanned the late 80’s and ended in 1991. Now that the festive season has graced our presence, sans Santa, here are our rankings of these five films from the coal-lined to the best present ever given. I expect some disappointments and a few angry returns, so let the unwrapping begin!

After the darkly comedic Silent Night, Deadly Night Part 2, the story continues with Richard “Ricky” Caldwell (Bill Moseley) comatose in a hospital bed from a head wound. Dr. Newbury (Richard Beymer), a doctor at the hospital, uses Laura Anderson (Samantha Scully), a young clairvoyant, to make a psychic connection with Ricky. As Laura leaves the hospital to go to her Granny’s house on Christmas Day, Ricky manages to escape the hospital in search for Laura, leaving mayhem and murder in his wake. 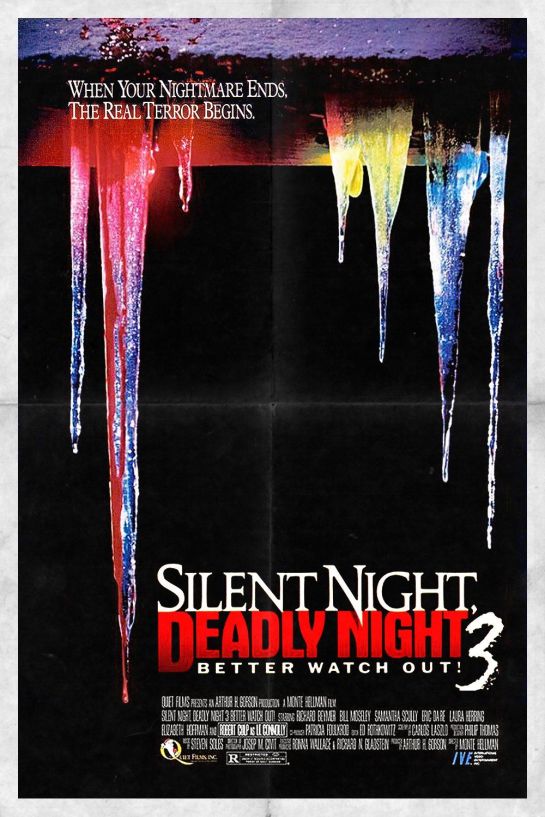 Director Monte Hellmann (Two Lane Blacktop) does his best, but the movie is a ridiculous and nonsensical mess. Shadows of the original movie appear in Ricky’s mind, but the movie devolves from serial killer to Frankenstein monster. With Ricky’s brain encased in a strange plastic dome with reddish fluid with some wires and a battery pack on the back  thats emulates some failed MacGyver hack rather than actual neuroscience which, of course is never explained or how it works. Bill Moseley is a fine actor, but his sluggish and slow mannerisms make him more zombie than nimble killer.

Moving further away from the killer Santa (although a person in a red suit makes a cameo in the beginning), Director Brian Yuzna (Society) goes completely bonkers and takes the story in a completely different direction as reporter Kim Levitt (Neith Hunter) is investigating a bizarre murder where a woman falls off a building encased in flames. As Kim investigates further, she meets Fima (Maud Adams) who she discovers is a member of the occult and uses Kim in one of their rituals. Kim, drugged and overwhelmed, desperately battles the cult members in an attempt to free herself from their influence 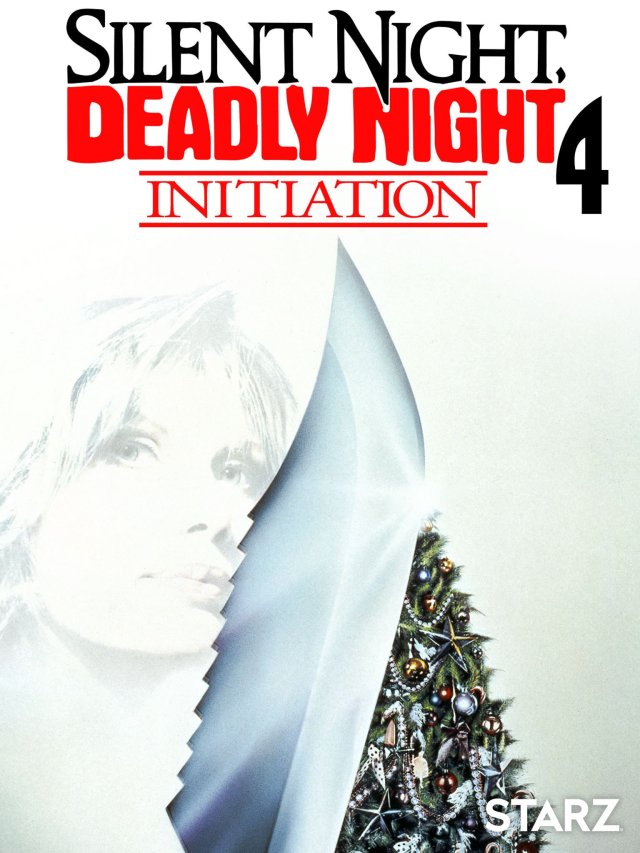 Silent Night, Deadly Night 4: Initiation could have been a stand-alone movie with its lurid twists and turns and its abandonment of the killer Claus motive. It is a good film, with its intentional slow-moving story laced with mystery and suspense makes this movie engaging and watchable.

The movie where it all started flips the Santa Claus myth on its ear. Billy Chapman (Robert Brian Wilson), traumatised by the rape and murder of his parents at the hands of a man dressed as Claus coupled with the beatings at the hands of Mother Superior at the local orphanage, turns Billy’s childhood fright as a child into adult rage. This is exemplified when a Christmas party at the hardware store where he works, triggers Billy into a Santa clad killer where the ‘gifts’ he supplies is a way to ‘punish’ all of the townspeople indulging in what Billy perceives as ‘naughty’ behaviour. 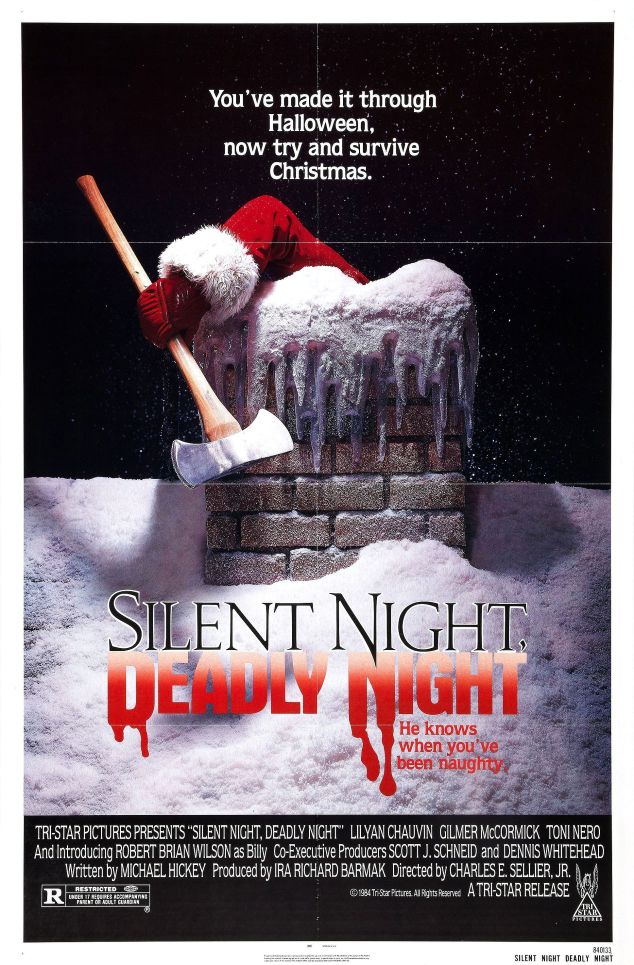 This grim cinematic tale, directed by Charles E. Seller, Jr. (The Annihilators), was one of the most controversial movies of the 1980’s due to its advertising campaign making the emphasis of Santa Claus as a killer. With the Parent Teacher’s Association (PTA) protesting theaters for it not to be shown and film critics Siskel and Ebert panning the film, Tri-Star Pictures pulled the ads along with the film from cinemas. Looking at it 36 years after its release, it’s pretty tame and, in spots, darkly humorous. Full of boobs and blood, this hack and slash thriller is a staple of any Christmas horror collection.

The follow-up to the original, this film focuses on Billy’s brother Ricky Caldwell (Eric Freeman) who, now an adult, converses with Doctor Henry Bloom (James Newman) about his killing spree coupled with seeing his older brother Billy who (spoiler alert) is killed by the police. Ricky rehashes the tale of his parents’ murder, the cruel conditions at the orphanage, his failed adoptive family, and how, like Billy, he goes off on a murderous rampage. Billy manages to escape Doctor Bloom and pursues the main target of all of his trauma: Mother Superior. 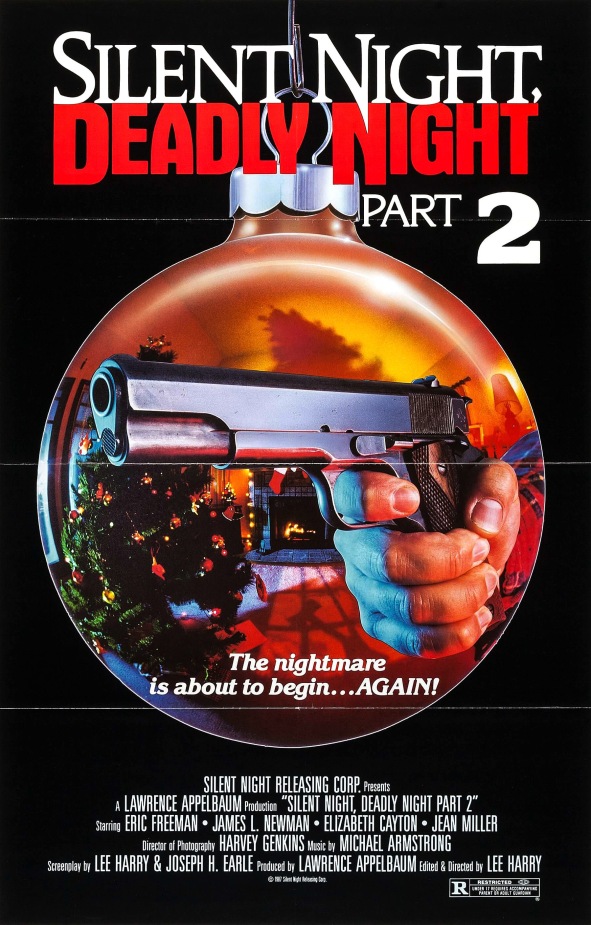 Despite the first 40 minutes of this movie being a repeat of the original story, what puts this movie ahead of the original is the over-the-top performance of Eric Freeman as Billy. Although, his murderous rampage devolves into the nonsensical, it is hilarious and a hell of a lot of fun especially the “garbage day” scene:

Directed by Lee Harvey (Street Fighter), Silent Night, Deadly Night Part 2 with Ricky’s unbridled, and charismatic slayings is a wonderful contrast to Billy’s trance-induced, mechanical killings in the original. This sequel is a perfect companion to the first film.

This film could be another one of the stand-alone movies in the franchise as a young child named Derek Quinn (William Thorne) witnesses his father being murdered thanks to a musical Santa orb toy when a package is left on their doorstep addressed to Derek and it is opened by his father. Derek, traumatised by this event, goes mute. His mother Sarah (Jane Higginson) finding Tom dead and knowing Derek witnessed it too, grieves but attempts to move on with her life and does her best to help Derek with his emotional wounds. Since it is Christmas time, Sarah decides to take Derek to the local toy store where the store owner Joe Petto (Mickey Rooney) and his odd son Pino (Brian Bremer) try to find a toy for Derek who refuses. As toys continue to kill various people throughout the town along with a mysterious man pursuing them, Sarah and Derek struggle to find out who the stalker is and to stop a creepy toymaker from creating and letting loose his fatal playthings. 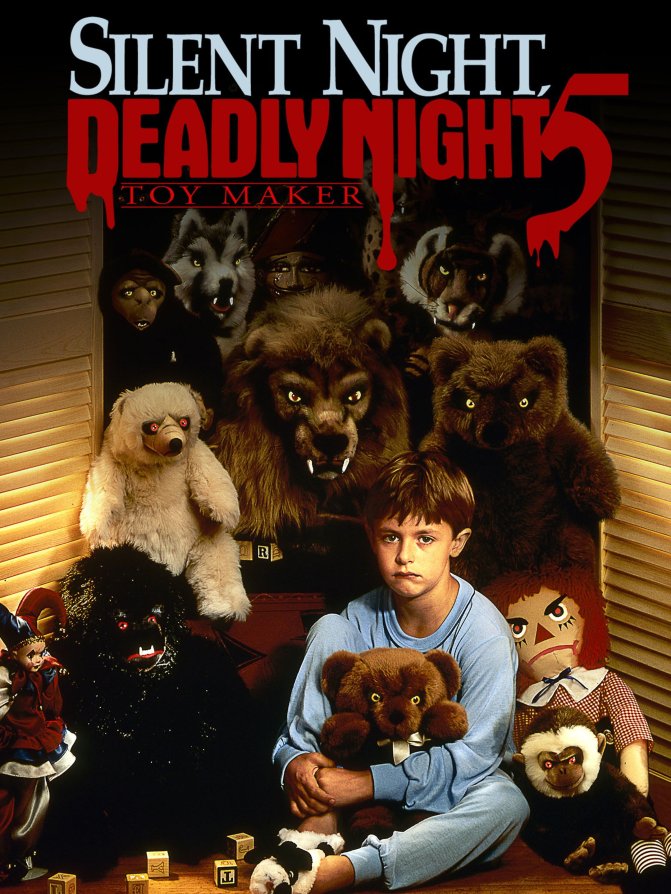 Co-Produced and co-written by Brian Yuzna (Silent Night, Deadly Night 4: Initiation) and co-written and directed by Martin Kitrosser (Friday the 13th, A New Beginning), this disturbing but fun horror film has many wonderful twists and turns. Granted, it has many terror toy trappings of other films; but the whodunnit element makes this movie a joy to watch as it is well-crafted as nothing is what it seems throughout its runtime. This would make an excellent stocking stuffer for any horror maven on your Christmas list.

Such Sights to Show You: Ranking movies based on Clive Barker’s Stories