Hellraiser: Revelations is being released on Blu-Ray and streaming in the UK for the first time by Lionsgate on March 1st 2021. It is the ninth film in the Hellraiser film series; written by Gary J. Tunnicliffe and directed by Víctor García. The film follows the fates of two friends who discover a puzzle box that opens a gateway to a realm inhabited by sadomasochistic monsters known as the Cenobites.

This film plays with some interesting new ideas and attempts to tap into the rise of ‘found footage’ sub-genre with limited success. The story of our lead characters fall from grace is somewhat interesting however they and the supporting cast lack any real charecter development which makes it hard to care about the fates of any of the characters here with no apparent moral compass. Fans may enjoy however a number of references to previous entries of the franchise in both shots and plot points. 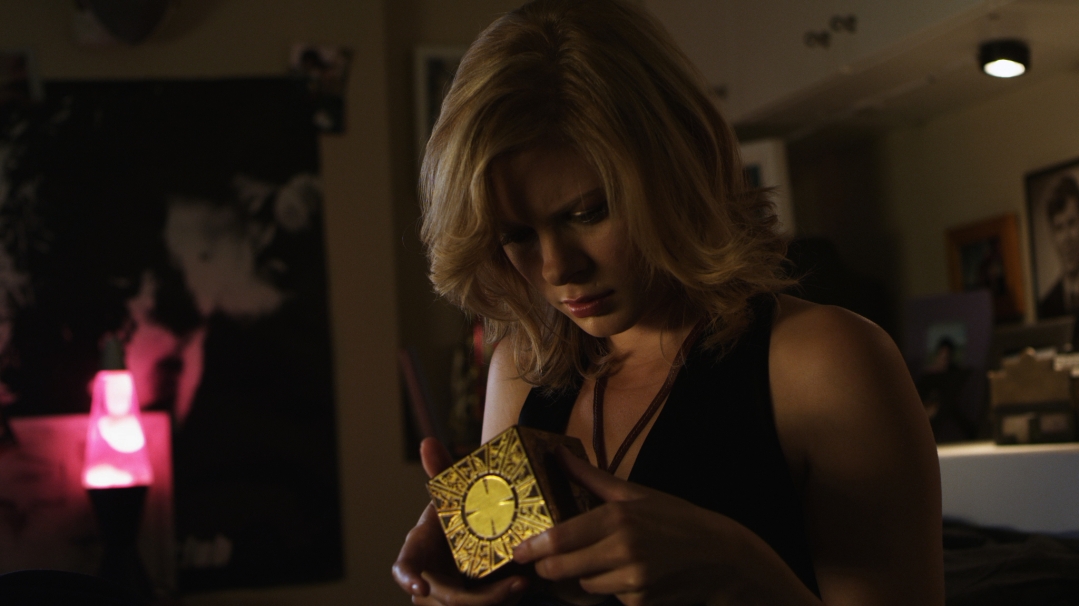 Original ‘Pinhead’ actor Doug Bradley famously turned down reprising his role for this film after reading the script and his replacement Stephen Smith Colins sadly fails to live up to the weight and presence of his charecter. The Cenobites in general are ‘gorified’ versions of their predecessors however ultimately they fall flat and don’t feel truly threatening despite offering up some of the gorier moments in the franchises history.

It is a ‘bare-bones’ release with no extras or special features to be spoken of and the BluRay transfer does little to improve the quality of the original film and audio; it does however allow completists and collectors a physical media release to own.

Also coming to Blu-Ray on March 1st is  Hellraiser: Judgement 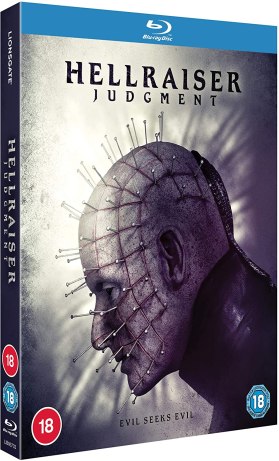