Thursday the 12th is a new horror comedy described as being “a mix of Evil Dead and Kevin Smith’s Mallrats with a touch of Tucker & Dale Versus Evi“.  The movie stars Todd Bridges (Different Strokes), Jena Sims (Kill the Messenger), Brian Sutherland (Z Nation), and Marilyn Ghigliotti( Clerks). Lyon also portrays the character of Seth Franco opposite Sutherland’s James Rogen as the two misfit mall employees who upset a gypsy the week of Friday the 13th.

“This film has been a long time coming for me and is truly a personal journey of overcoming
emotional obstacles in my career,” 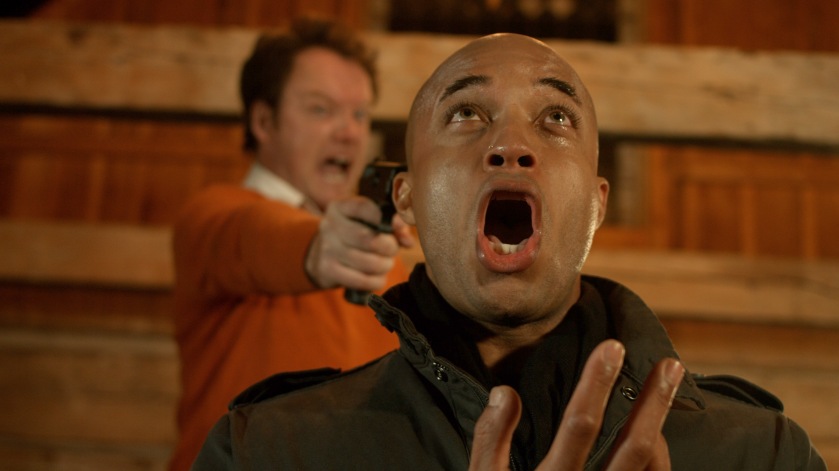 “My mother passed away while we were originally filming this back in December of 2015 and my father later that following year when
we began to move forward to finish the film. Finally seeing this movie come to completion is an awesome moment of closure that I hope they’d both be proud of.” 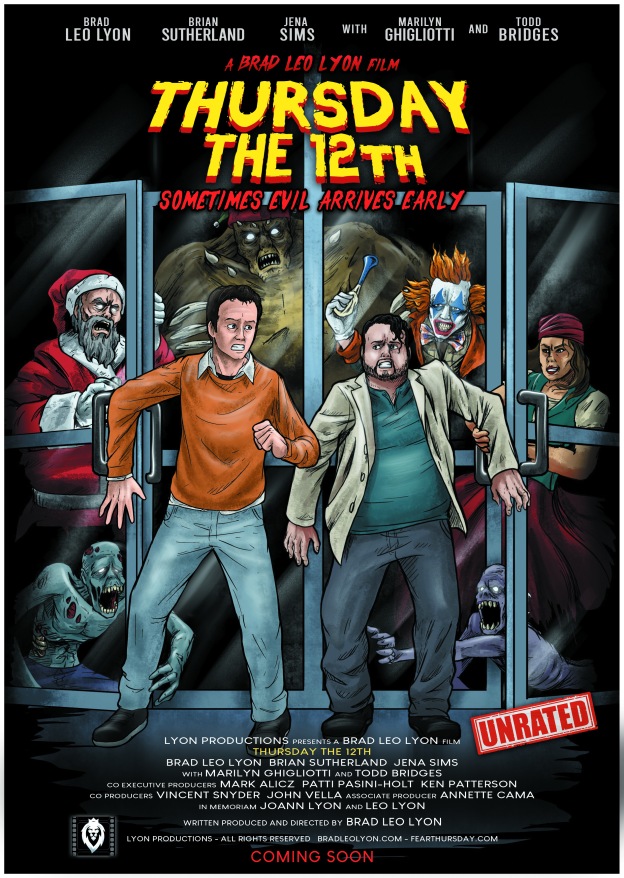 The film is slated for a limited theatrical run this spring. Advanced screenings begin in May with
the director and co-star doing a national roadshow tour where he’ll also be appearing after
each screening for Q & A sessions.

One thought on “Trailer released for horror comedy ‘Thursday the 12th’”