The first official full length trailer for the latest installment in the Halloween franchise, Halloween Kills, has dropped. 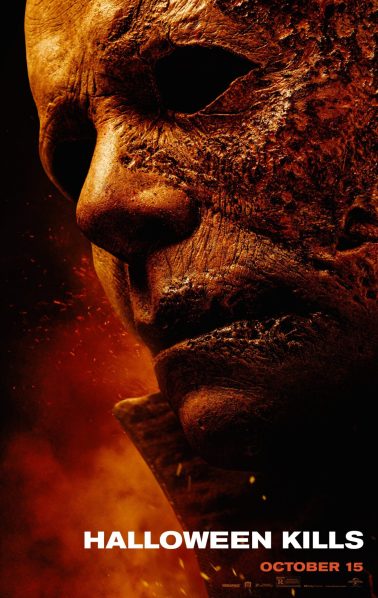 The current release date for Halloween Kills is October 15th 2021 following its postponement.

“And the Halloween night when Michael Myers returned isn’t over yet.

But when Michael manages to free himself from Laurie’s trap, his ritual bloodbath resumes. As Laurie fights her pain and prepares to defend herself against him, she inspires all of Haddonfield to rise up against their unstoppable monster.

The Strode women join a group of other survivors of Michael’s first rampage who decide to take matters into their own hands, forming a vigilante mob that sets out to hunt Michael down, once and for all.

In the same vein of its predecessor, Halloween Kills is set to have many returning characters appear.

Charles Cyphers has reprised the role of Sheriff Leigh Brackett  one of many fan favourites of the original 1978 Halloween.

Some of the other confirmed stars from the first movie set to return are Kyle Richards as Lindsey Wallace, Nancy Stephens as Nurse Marion Chambers and Nick Castle once again sharing the role of Michael Myers with James Jude Courtney.

Of course Jamie Lee Curtis, Judy Greer and Andi Matichak are also all set to return for the sequel as the surviving members of the Strode family.

Meanwhile, the Tommy Doyle character played by Brian Andrews in the original movie is also returning for Halloween Kills, but the role has been recast with Anthony Michael Hall and this instalment will also see Robert Longstreet as Lonnie Elam.

Check out our interviews with Halloween Alumni below:

Interview with Erik Preston (Halloween 4: The Return of Michael Myers)

Interview with Jeffrey Landman (Halloween 5: The Revenge of Michael Myers)