After co-creating the SAW and Insidious franchises, and also giving birth to The Conjuring Universe, horror  icon James Wan is returning to his horror roots with the Giallo-inspired Malignant.

Malignant is an upcoming American horror thriller film directed by James Wan from a screenplay by Akela Cooper based on an original story by Wan, Ingrid Bisu and Cooper.

“In the film, Madison is paralysed by shocking visions of grisly murders, and her torment worsens as she discovers that these waking dreams are in fact terrifying realities.” 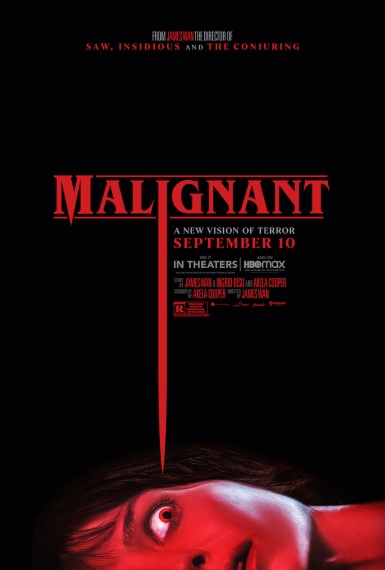 In July 2019, it was announced that James Wan would direct the film at New Line Cinema from a screenplay by Akela Cooper and J.T. Petty, based on an original story he wrote alongside Ingrid Bisu and serve as a producer alongside Michael Clear under his Atomic Monster banner.

“I wanted to do something original and genre-bending, and different to my other work, but still in the spirit of the horror-thrillers I grew up with.”

Malignant is scheduled to be theatrically released in the United States on September 10, 2021, by Warner Bros. Pictures under the New Line Cinema banner. As part of its plans for all of its 2021 films, Warner Bros. will also stream Malignant simultaneously on the HBO Max service.

Pre-order your copy of The Conjuring 7-Film Collection on Amazon now.