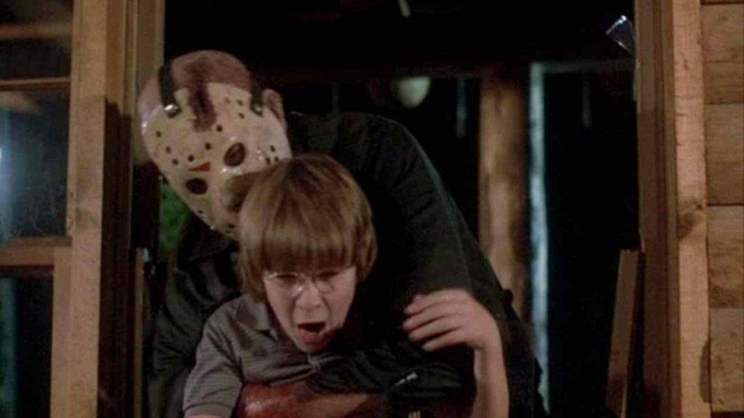 Feldman starred in Friday the 13th Part IV: The Final Chapter, as Tommy Jarvis, a 12-year-old boy who ends up killing Jason with a machete in the finale. An older version of Tommy would appear in the next two sequels, but with John Shepherd and Thom Mathews taking over the role.

In speaking to Movieweb, the former child star said a new Friday the 13th sequel with Tommy’s return is what he would be most interested in. Feldman also adds that he was told by a lawyer that the rights issues have been worked out, suggesting that an agreement may have finally been reached.

“I think if we do any reboots, the reboot should be the Tommy vs. Jason reboot. Interestingly enough, some guy came up to me at a party, this is true, two weeks ago, and said he has resolved the rights issues. He’s a lawyer, and he has resolved the rights issues around Friday the 13th, and that things are working out, and now they’ll be able to start making Friday the 13th movies again.”

During the interview Feldman makes some bold claims, telling the site that before Platinum Dunes remade Friday the 13th in 2009, the plan was to pit Tommy against Jason.

“Let’s just hope they don’t make it like they did the last one, because that was terrible. Where they messed up is they had been meeting with me about doing Tommy vs. Jason, like H20 style. That was the plan… They didn’t go that route and they went and did this awful atrocity of a reboot instead and look what you got…”

Check out the full interview below: courtesy of Movieweb.

Feldman isn’t the only Friday the 13th star interested in making another movie. Friday the 13th Part VI: Jason Lives writer-director, Tommy McLoughlin, recently revealed he has penned a screenplay for a sequel called, Jason Never Dies, with the hopes that he’ll be the one hired to make the next installment.

Let’s hope this legal battle is resolved soon so we can see Jason back on the big screen.

Get your copy of Friday the 13th – The Complete Collection (Scream Factory) on Amazon UK now.

Get your copy of Friday the 13th 8-Movie Collection on Amazon US now.

Check out our interviews with Friday the 13th Alumni: