“The big drawback here is that there is a lot more they could do as playing it safe on a release which was sure to sell left the listeners wanting more. Still, go and give this a listen just to hear a Doctor we haven’t heard from in over 15 years as there’s still the standard Big Finish charm.”

This is how I closed my review for Ravagers, the first volume of Ninth Doctor Adventures from Big Finish productions which was enjoyable, but had the problem of playing it far too safe, a trend Big Finish continued when David Tennant began recording audio dramas. This second volume, Respond to All Calls, is immediately in stark contrast as it does anything else but be safe, telling three tales unconnected by plot, but deeply connected by the theme. The title of the set is important here: ‘Respond to All Calls’. The Ninth Doctor is fresh from the Time War and in each of the three stories the TARDIS essentially drags the Doctor into the situation, further expanded upon by the video trailer showing the TARDIS broken, but coming back to life. This does not occur literally in the set and is used as a metaphor for the Doctor becoming the Doctor again, which was the essential drive of Eccleston’s series on television. The set is three episodes from three vastly different writers all doing something to bring the Doctor back to being the Doctor before he meets Rose and can actually begin the full process of healing from the Time War. 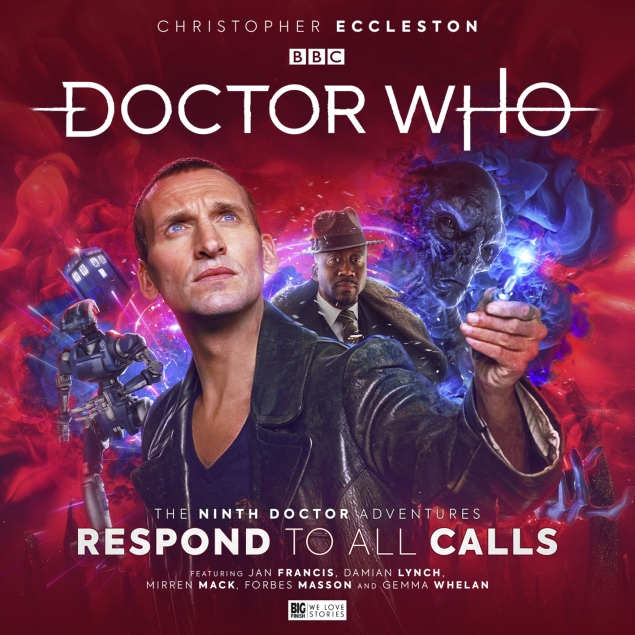 The set opens with Lisa McMullin’s Girl, Deconstructed, a play on the film title Girl, Interrupted, which follows in the vein of Big Finish stories like The Condemned and The Raincloud Man where the main guest of the episode is a detective investigating a crime. This detective is DC Jana Lee, played by Pearl Appleby, who finds one morning several teenagers have all gone missing while the Doctor arrives after being dragged off course and gets wrapped up in the mystery. 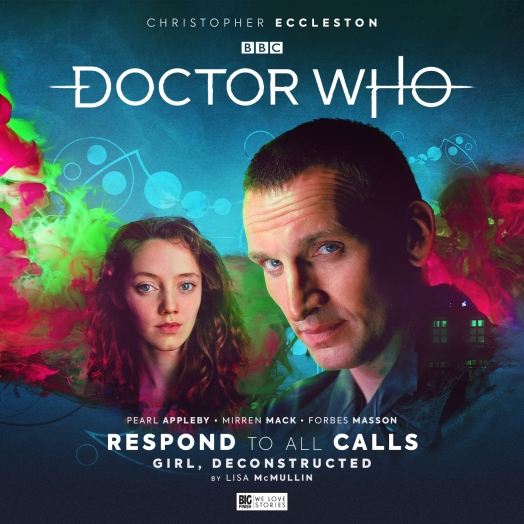 McMullin’s script is driven purely on the strengths of the characters as the main missing teen is Marnie, whom the listener gets some of the perspective of. Marnie isn’t missing, she didn’t even leave the house, she has simply disappeared, molecules dispersed, and is unable to communicate with her father. The idea here is playing on the teenage angst of being at that particular time in one’s life where you aren’t an adult, but are no longer a child, and aren’t always getting on with your family. Every teenager at one point had thought to themselves they should just get away and it is that passing thought which causes the deconstruction. There are revelations of this happening for a very long time, meaning that McMullin can include a darker edge without going too far into gritty realism. There are people who have lived their entire lives in the silence as it is revealed the missing teenagers have been ageing while deconstructed and will eventually die. This makes the ending bittersweet when the Doctor, unable to restore everyone, leaves a communication device and the deed to a house in the hands of Jana to speak with someone whom she knew before he went missing. This is topped off with a Father’s Day-esque questioning of time travel as the TARDIS is used quite a bit here to keep the story moving. Appleby and Eccleston have impeccable chemistry as the story whizzes by, using the TARDIS and sonic responsibly as shortcuts to tell a brilliant opening 45-minute story without falling into the trap of not having enough time. 8/10.

Fright Motif is next from Tim Foley, and like McMullin, there is also a strong bent of character with an incredibly atmospheric setting. The title is a play on a leitmotif, a term in music describing a theme which recurs in a story (usually a film, television show, or musical) which represents a character, emotion, or theme (See the musical Les Miserables or Sweeney Todd for examples of scores based around leitmotif). This gives the audience the clue to the plot being in Paris immediately after World War II as jazz is returning to the city but jazz pianist Artie Berger is unable to play. He has slowly been losing his ability, deflecting by saying it’s all the fault of an out of tune piano before having to confront it. There is a creature lurking in the shadows, in the dissonance and the missed notes. The creature gives the story a layer of cosmic horror while Christopher Eccleston’s performance is pure levity, giving the listener the idea that the Doctor will get us through. 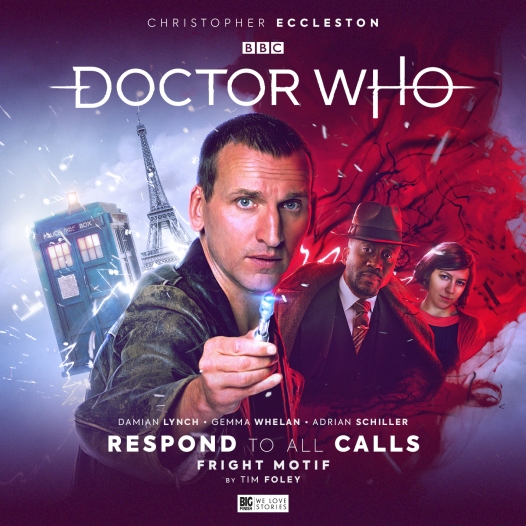 Eccleston in this story, and indeed the entire set, is on fire, giving off one liners and adding the right type of humour to each scene to break the tension and get the characters through. There is clearly an engagement with these scripts which makes for an incredibly fun time while Damian Lynch and Gemma Whelan add some period flair to this story. Lynch as Artie Berger has that 1940s, post-War style of speech down as well as that whole idea of a jazz pianist now allowed to play jazz after the horrors of war. Foley is using the characters to examine a post-War psychology and in that he excels, making Fright Motif the highlight of the box set, giving a brilliant horror story. 10/10.

The set closes with a script from , one of those Big Finish writers who has been writing for a while, but are always one to watch. Planet of the End is an exploration of the universe after the Time War, fully playing into the idea that the Time Lords are gone, so there are going to be species that attempt to fill the power vacuum. While the Time Lords may not have been an active power with their policy of non-interference, there was a silent power there that was really only used in the Time War, and in this story it is taken over by alien capitalists who have essentially built a scheme to make money. The planet is a mausoleum overseen by an artificial intelligence eventually named Fred (by the Doctor of course) played wonderfully by Margaret Clunie.

The Doctor for the first half is stalled on the planet which is a lot of fun to see as he is working things out and it is this story that allows Eccleston to play into the rage that the Ninth Doctor so often had. The development of Fred throughout this 45 minute story is essentially one of snark and showing that it is an AI which has developed a personality. Planet of the End is one of those stories which blends tropes with a lot of Series 1 to bring the set to a near perfect close. Atack’s talents as a writer are in bringing a small group of characters together for something amazing which is aided by director Helen Goldwyn who brings a lighter touch to proceedings. 9/10.

Overall, Respond to All Calls gives a sparkling example of what can be done with the Ninth Doctor without interfering with what was already a perfectly tight knit arc on television. Christopher Eccleston excels on audio here, slipping right back into the role of the Doctor perfectly, the writers provide the right material for the job, and Helen Goldwyn’s direction brings it all together. 9/10.

You can get it on download/CD or Vinyl from Big Finish.

Order CD from Forbidden Planet
Check out the rest of our Big Finish reviews!

3 thoughts on “Review: Doctor Who – Respond To All Calls”