The trailer has been released forAmerican Horror Story: Double Feature which is the the 10th installment of the FX anthology series, set to debut August 25th on FX/Hulu. 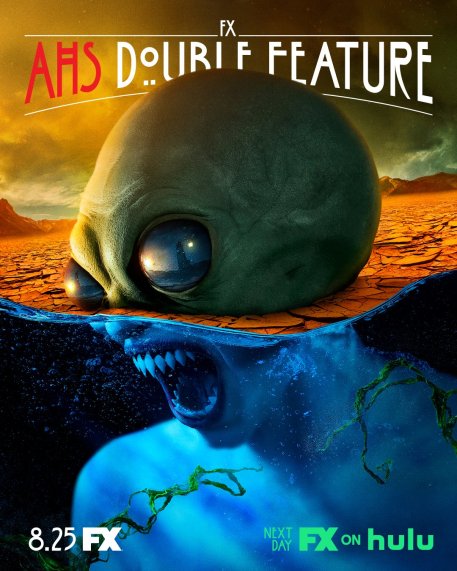 American Horror Story: Double Feature will take on “two horrifying stories” – one by the sea and the other by the sand, Murphy previously revealed, and the poster teases exactly that. In the sea, a siren with full set of sharp teeth inhabits the water. However, the first half of the monster’s face is that of an alien, with bulging eyes reflecting the dry environment surrounding it. The trailer gives viewer further insight. Part 1 will be titled Red Tide, which takes place “by the sea”, and Part 2 will be titled Death Valley, which takes place “by the sand”.