Two new posters have been released for the upcoming Sony/Marvel sequel Venom: Let There Be Carnage, which is due to be released in theaters on October 15th 2021 after having it’s release delayed multiple times due to the Covid-19 pandemic.

The film is directed  by Andy Serkis with Tom Hardy returning as Eddie Brock, who is of course also the alien symbiote known as Venom. Woody Harrelson, who appeared as Cletus Kasady in the first film’s post-credits scene, becomes villian Carnage in this film. 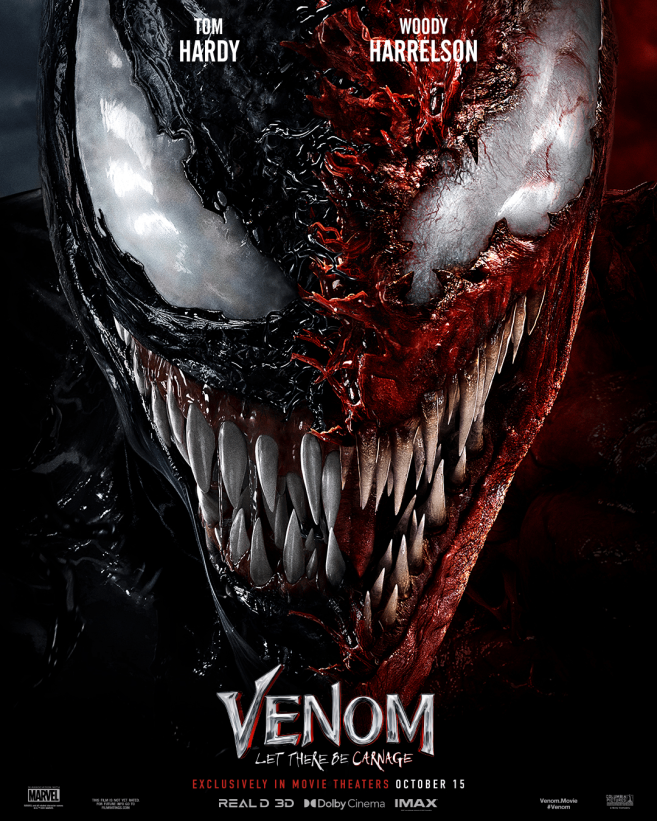 Get your copy of Venom on Amazon now.