The Middle Earth Ultimate Collector’s Edition collects all three of Peter Jackson’s ‘Lord of The Rings’ films as well as ‘The Hobbit’ Trilogy. In celebration of the 20th anniversary of The Fellowship of the Ring, all 6 movies have been newly remastered on Blu-ray. Theatrical and Extended Versions of all 6 Films are included; presented in spectacular 4K and Blu-ray with Digital Code. 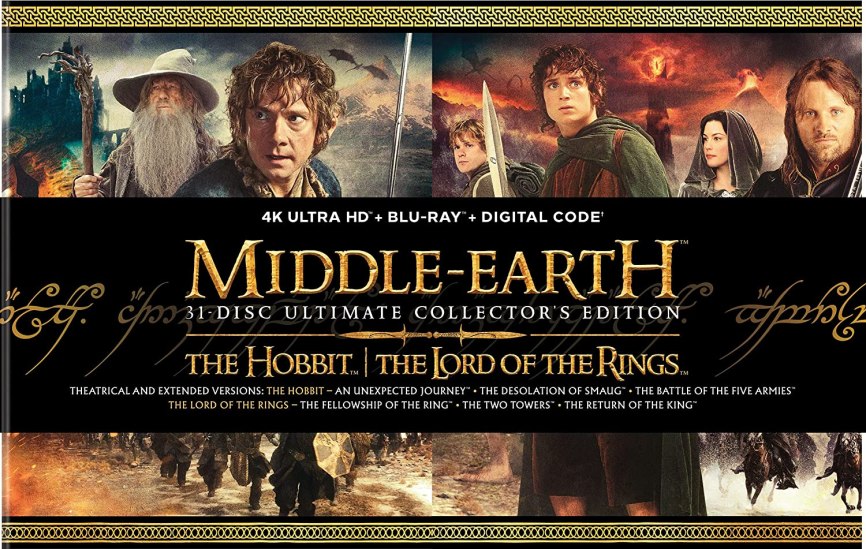 The set’s many extras and features include: 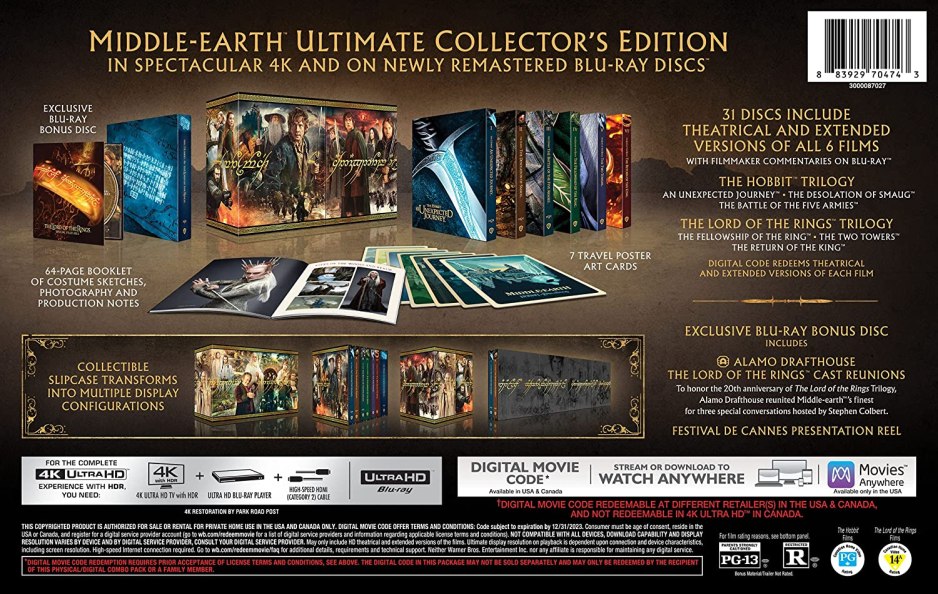 The set is due for release October 26th 2021.
Order now from Amazon USA 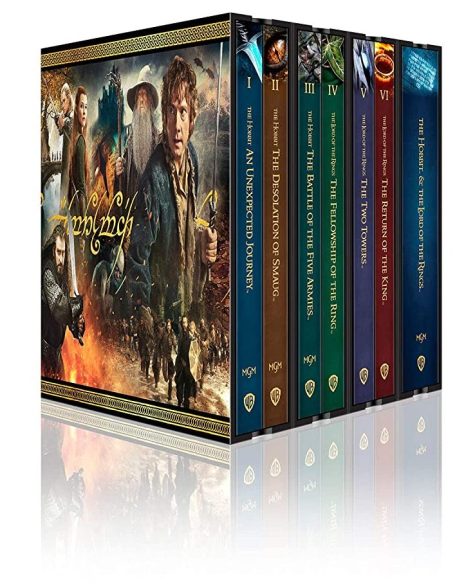