Director Jason Reitman has released a new poster for Ghostbusters: Afterlife. The poster confirms Sony’s intention to release the film exclusively to theaters on November 18th; a move which has become rare with most major studio releases choosing to release on VOD/Streaming either the same day or within two weeks of theatrical release.

Discover the past, protect the future. #Ghostbusters: Afterlife exclusively in movie theaters this November. pic.twitter.com/JZIpjFGNVd

After being evicted from their home, a single mother and her two children are forced to move to a decayed farmhouse in Summerville, Oklahoma, left to them by the children’s late grandfather, where a series of unexplained earthquakes are occurring despite not being situated on any fault and strange things are happening in an old mine once belonged to the alleged occultist Ivo Shandor.

The children discover their grandfather’s history with the original Ghostbusters, who have since been largely forgotten by the world beyond their fan base.

When supernatural phenomena relating to New York City’s “Manhattan Crossrip of 1984” arises and threatens the town, the kids, along with their family and friends, must use the Ghostbusters’ equipment to save it. 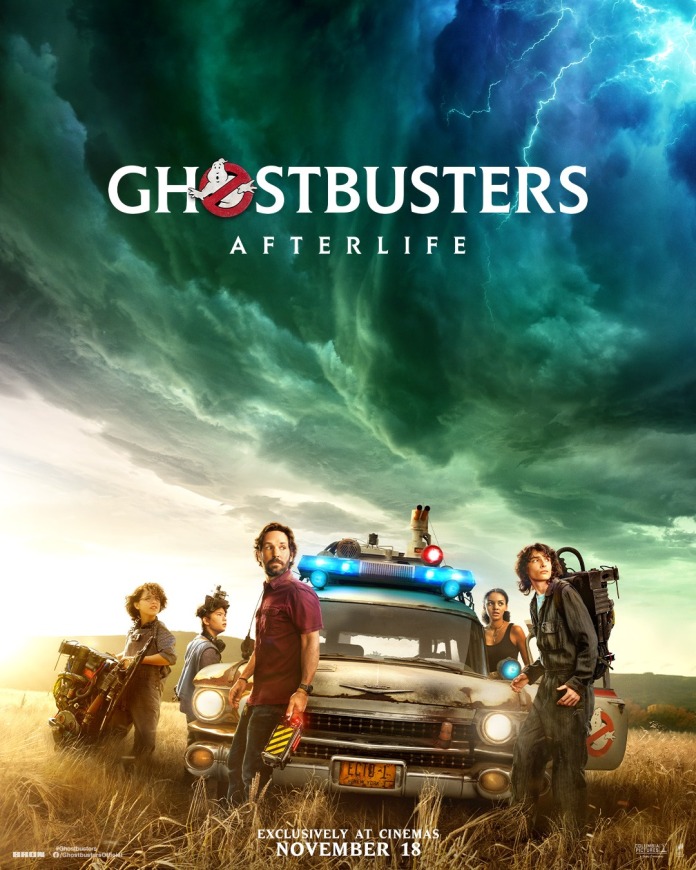 Bill Murray, Dan Aykroyd, Ernie Hudson, Sigourney Weaver and Annie Potts are all coming back for this sequel to the original classic, reprising their iconic and beloved roles.

One thought on “‘Ghostbusters: Afterlife’ headed exclusively to theaters.”