After a series of cryptic tweets, all of the official BBC Doctor Who social media accounts have been seemingly disappeared, leading fans to ask “Where Is Doctor Who?”

Seemingly spreading through word of mouth and social media is a UK Phone Number ‘0800 678 3110′ (The BBC have posted terms and conditions for using the service here) which when dialled plays a recorded message of the doctor’s voicemail message asking for information . This has led to #WhereIsDoctorWho trending in the Uk & Worldwide.

If you want to try calling the number from outside the UK we recommend using the Skype app which will allow you to call for free.

This is not the first recent PR stunt from the BBC, after projections of an alien-looking spaceship appeared in Liverpool on October 6th, where series will begin.

“Liverpool locals experienced a rare and unexpected sighting of a Doctor Who spaceship this evening (Wednesday 6th October). It was projected across George’s Pier Head, where lucky passersby had the opportunity to catch a sighting of the ship in the night sky.

It’s no accident that the spacecraft has taken temporary residence in Liverpool city. The BBC can today reveal that it is the location where series thirteen will begin and where we first meet new character Dan Lewis (John Bishop), as he becomes embroiled in the Doctor’s adventures. The projection of the spaceship will be visible to the residents of Liverpool until midnight (on October 6th).

This follows the recent news that 13th Doctor actress Jodie Whittaker and show-runner Chris Chibnall are set to leave the iconic BBC sci-fi show Doctor Who. Their time on the show will culminate with a trio of Specials, culminating in an epic blockbuster Special to air in autumn 2022 as part of the BBC’s Centenary celebrations. 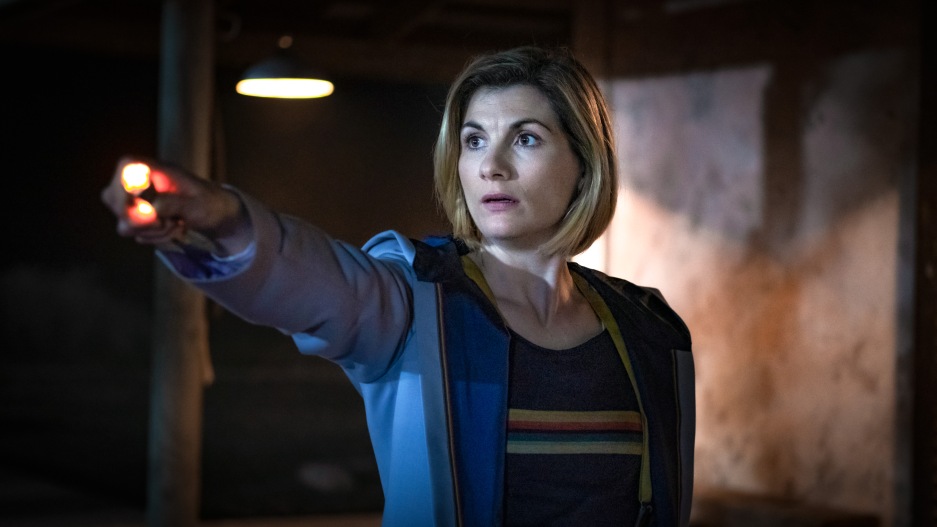 We also recently learned that Russell T Davies (Doctor Who, Queer as Folk, It’s a Sin) will make an explosive return as showrunner for the BBC sci-fi show Doctor Who for the 60th Anniversary in 2023, and new series beyond that.