A new trailer has been released for the upcoming Sony/Marvel Studios film Spider-Man: No Way Home.The U.K. release date has been brought forward a couple of days to 15th December 2021 with the US release staying as December 17th.

We started getting visitors… from every universe. Watch the official trailer for #SpiderManNoWayHome, exclusively in movie theaters December 17.

Spider-Man: No Way Home is an upcoming American superhero film based on the Marvel Comics character Spider-Man, co-produced by Columbia Pictures and Marvel Studios, and distributed by Sony Pictures Releasing. It is the 27th film in the Marvel Cinematic Universe (MCU). 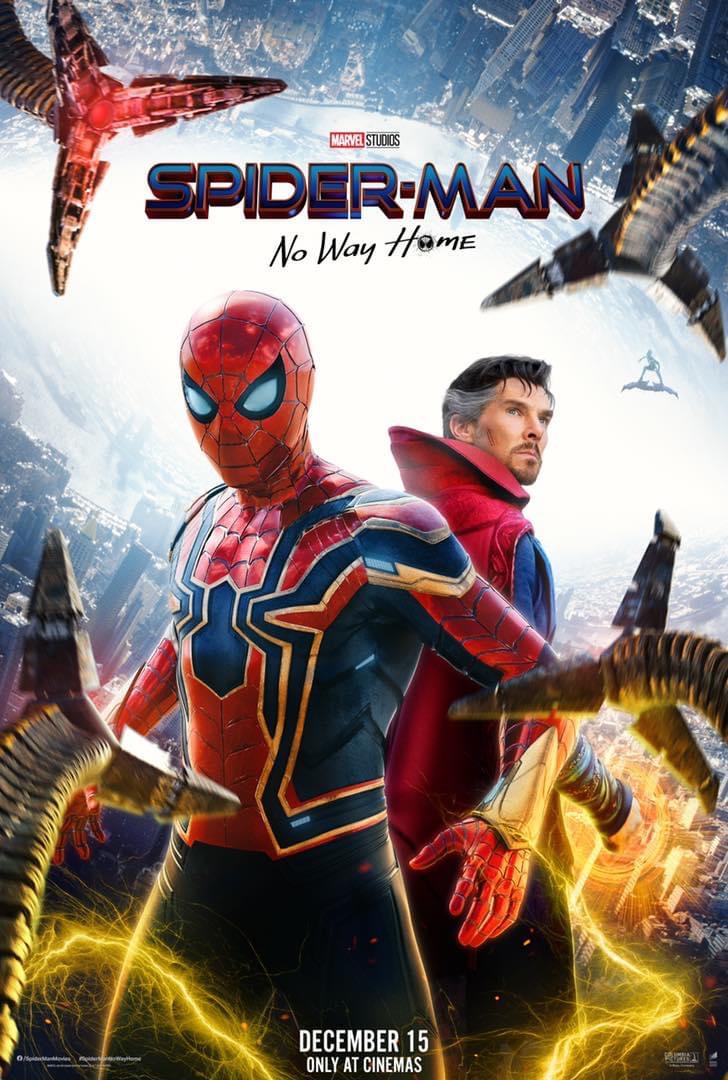 Get your copy of Spider-Man: Far From Home & Spider-Man : Homecoming on Amazon now.

Get your copy of The Spider-Man Complete Five Film Collection on Amazon now.

One thought on “New trailer released for Spider-Man: No Way Home”