This has been a review that I’ve let percolate in my mind for a few days. The first season of The Ninth Doctor Adventures has come to a close in a perfect parallel to Series 1 and building from genuinely humble beginnings. It is also quite difficult to discuss as it’s serving as a prequel to Series 1, ending with Old Friends implying a lead into Rose. This along with Lost Warriors, and to a lesser extent Respond to All Calls, have been an examination of the Ninth Doctor’s trauma along with other characters he meets on his lonely travels. Old Friends is a contemplative box set with two stories, a single hour long episode and one two episode serial, both parallels to Boom Town and Bad Wolf/The Parting of the Ways. This has been a long time coming and is honestly an odd box set to review, because it’s a box set that almost blind sided me with what it was doing and how things ended up the way they were. The covers of the sets have been mimicking the four individual releases of Series 1, from blue to red to green to purple for the finale. This ended up being an interesting example of priming listeners for what exactly to expect with these sets. 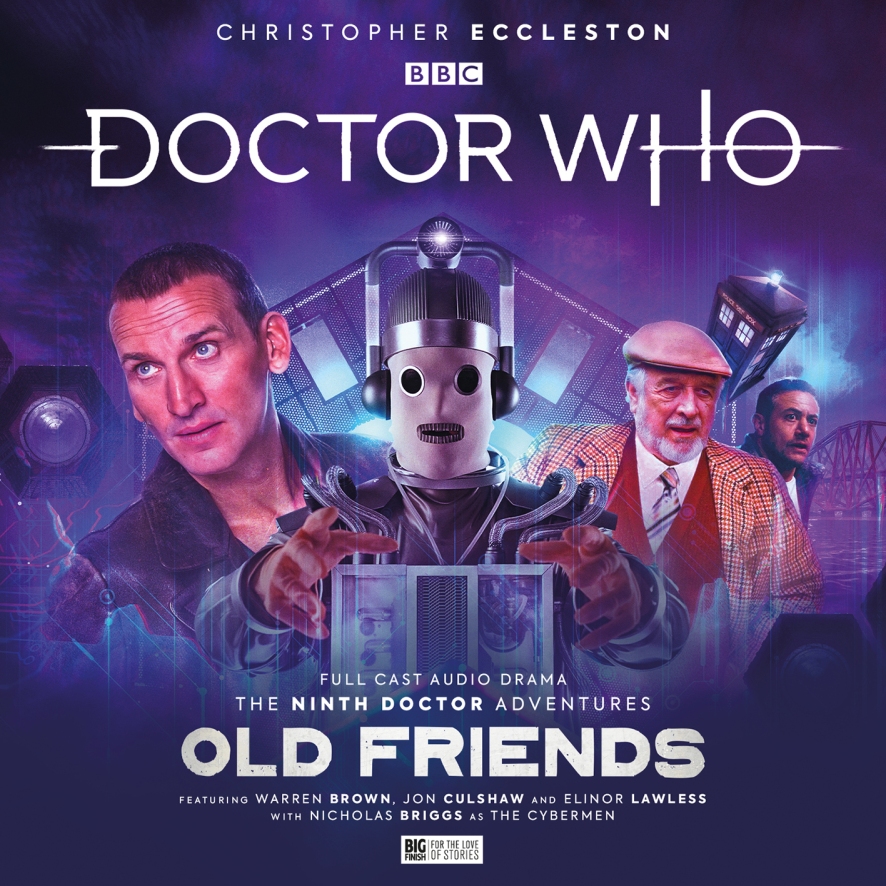 David K. Barnes opens the set and that is very telling. Barnes is a writer who has only contributed four released audios to Big Finish (with one Fourth Doctor Adventure set to be released in 2024 which was recorded back in 2019). When he writes, he has something to say and something to do, and that describes Fond Farewell. This is a story that parallels Boom Town in quite a few ways: the Doctor is dealing with unfinished business (though here it is from an adventure we flashback to and not an earlier episode in the series), it gives Christopher Eccleston the chance to delve into the emotional state of the Ninth Doctor subtly, and it asks a rather interesting morality question. Boom Town’s was primarily concerned with how to deal with those who have escaped justice and reformed (or appeared to reform) because of this. Fond Farewell asks the question of who is the funeral for? Is it truly for the family? If so, is it their right, if the technology were there, to bring back the lost loved one for one more day to say goodbye? It’s a very good question and one that Barnes doesn’t attempt to definitively answer, just examines the positives and negatives which can come with this and lets the audience decide. For a question like this, this is perhaps the best way to portray it in a dramatic medium. It’s the funeral of Professor Flynn Beckett (played by James Doherty), and his assistant Sasha Yan (played by Emily Taaffee) realises that his memories have been altered as Fond Farewell provides one day for the deceased to stay with their families at their own funeral. The only text putting towards the position is through Winifred Whitby who runs Fond Farewell, played by Juliet Stevenson, who is subtly sinister in the way she reacts to the Doctor. Eccleston also almost understates the Doctor, giving an undercurrent of loss and understanding, but not really judgment on families who would use this service. He knows what it is like to lose people, more than just people really, what it’s like to lose everything and everyone. The only reason he arrives is at the request of the deceased, who knew that he was going to die and wanted to be surrounded by friends and family, even if he wasn’t a perfect person. Barnes’ script is full of multilayered characters who have their own lives and the hour is spent exploring them, discovering how they tick and what makes them work. It is beautiful.

Way of the Burryman/The Forth Generation is our two-part finale and a parallel to Bad Wolf and The Parting of the Ways. The Cybermen are back after their appearance in Monsters in Metropolis, however, unlike in Series 1, this isn’t really a continuation of the previous story for good measure. Roy Gill takes his two hours and runs with a tale full of Scottish folklore before evolving it into a story about why people need others. Gill paint’s the Cybermen essentially as creatures of isolation due to their hive mind nature, able to record information but not to understand it. This is paralleled with the Scottish folklore drawn upon, not in a way of creating an explanation for the legends, but for the memories that they connect of the people to the land. How the people who lived throughout history have left things behind for the current generation and how people today are the current caretakers of the world, culture, and land. Gill takes nearly a full episode to bring the Cybermen in, despite Way of the Burryman featuring them prominently on the cover, which is a stroke of genius.

The Doctor is also in the background for quite a long time, as Gill establishes Brigadier Lethbridge-Stewart being called in by the regular army to explore the ghosts in the area. Jon Culshaw as the Brigadier is once again a perfect impression, with several moments where I had to tell myself I was not indeed listening to Nicholas Courtney, and it is elevated by the chance for Culshaw to create a chemistry with Eccleston. The Brigadier is old and retired, but is always being brought back by UNIT to refer to cases and he immediately has a connection to the Ninth Doctor, with Eccleston playing the role as seeing a reflection of his recent events in the Brigadier, while reflecting on how the Brigadier has changed. Helen Goldwyn’s direction should be mentioned at this point as it creates such a contrast of the way the characters speak. It’s subtle and it isn’t quite a performance thing, but a directorial action of how they are positioned in the audio landscape with the sound design of Iain Meadows to make things (for lack of a better word) off-kilter. The off-kilter nature of the story is something that brings out the examination of trauma in Gill’s script. Sam Bishop, the UNIT character played by Warren Brown, gets an origin story here as he is a simple army story and he is subtly traumatised throughout, starting as having relationship issues and the relationship finds itself falling apart due to the stress of the Cyberman invasion which eventually occurs. Elinor Lawless plays Fiona, Sam’s partner, and across the two hours Gill puts this relationship through the wringer and while it ends tragically, the tragedy may not be what you are expecting as it happens right at the end in a very subtle way.

Old Friends is already a contender for the best Big Finish release of 2022, and it is only February. It is an exploration of trauma and the Ninth Doctor’s own psyche, giving Christopher Eccleston a chance to do something he didn’t on television, looking right at the beginning of the character’s life to explore why he would eventually ask Rose to travel with him. It is two stories and continues the upward trend of The Ninth Doctor Adventures. The only hope is that Billie Piper returns for Series 2. 10/10.

Review: The Ninth Doctor Adventures – Respond To All Calls

One thought on “Review: The Ninth Doctor Adventures – Old Friends”