Clapboard Jungle is a new documentary about the life and struggles of today’s indie film-makers, told by & from the perspective of film-maker Justin McConnell (Lifechanger) as we follow his personal film journey and struggles as well as a series of insighful ‘talking heads’ from a variety industry figures including Guillermo Del Toro, Richard Stanley, Barbara Crampton, Paul Schrader, Tom Savini, George A. Romero, Gigi Saul Guerrero, Michael Biehn, Frank Henenlotter & Lloyd Kaufmann.

END_OF_DOCUMENT_TOKEN_TO_BE_REPLACED

From director Paul Hyett and writer Dan Schaffer comes the new psychological thriller/horror ‘Peripheral‘. The film had it’s UK premiere as part of the FrightFest halloween event in 2018 and stars Hannah Arterton, Elliot James Langridge, Rosie Day & Jenny Seagrove. The film is now set to be released digitally in the UK on August 3, 2020; courtesy of Blue Finch Films.

END_OF_DOCUMENT_TOKEN_TO_BE_REPLACED

Film Hawk is a feature documentary about the life and career of indie film consultant and pioneer Robert Hawk; from film-makers Tai Parquet & JJ Garvine.

END_OF_DOCUMENT_TOKEN_TO_BE_REPLACED

Two friends visit fire-ravaged Ojai, California, intent on making a fake documentary about the infamous Ojai Vampire. However, things take a bizarre and frightening turn when they learn about a different local legend: The Char Man.

END_OF_DOCUMENT_TOKEN_TO_BE_REPLACED

A Legacy of Whining is a new comedy feature from writer/director/star Ross Munro.

The past ain’t all it’s cracked up to be when two former high school friends reunite thirty years later in a painfully comedic and bittersweet rollercoaster of an evening.

END_OF_DOCUMENT_TOKEN_TO_BE_REPLACED

CreatorVC announces the fundraising launch of its new documentary about ‘80s sci-fi films, In Search of Tomorrow.

In Search of Tomorrow will be an extensive, nostalgic journey through ’80s sci-fi films – exploring their impact year-by-year and their relevance today – told by the iconic artists who made them and by
those who were inspired to turn their visions into reality. Pre-production is currently underway, following on the strength of CreatorVC’s successful crowdfunding campaign and release of the ‘80s horror documentary In Search of Darkness, one of the most successful indie docs in history which will receive an exclusive streaming release via Shudder later in 2020. END_OF_DOCUMENT_TOKEN_TO_BE_REPLACED

‘Raiders of Hidden Donald Trump Fetish Doll’  is a comedy short from writer/director Angel Connell; who also stars playing a version of himself.

“An independent movie director (Angel Connell) in the middle of a crowdfunding campaign fends off a variety of malevolent individuals who seek to steal his ultimate crowdfunding perk: a Donald Trump fetish doll.”

END_OF_DOCUMENT_TOKEN_TO_BE_REPLACED

‘Why Don’t You Just Die!’ is a violent, dark new thriller from writer/director Kirill Sokolov and is being distributed by cult label Arrow Films. The film has English subtitles.

Matvey (Alexander Kuznetsov) has just one objective: to gain entry to his girlfriend’s parents’ apartment and kill her father Andrey (Vitaliy Khaev) with a hammer to restore her honour. But all is not as it initially seems, and Matvey’s attempts to bludgeon the family patriarch to death don’t quite go to plan as Andrey proves a more formidable – not to mention ruthless – opponent than he anticipated… and Matvey, for his part, proves stubbornly unwilling to die.

END_OF_DOCUMENT_TOKEN_TO_BE_REPLACED 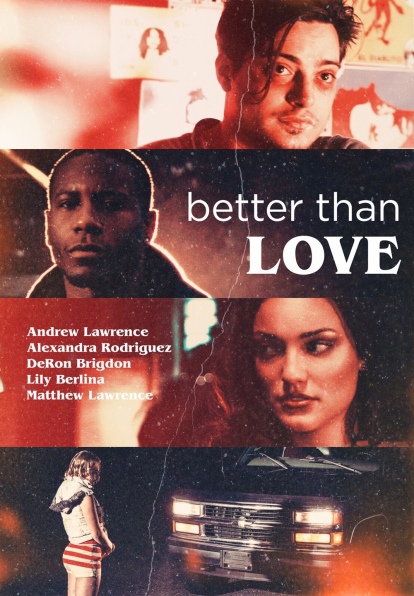 “19-year-old Jon’s (Andrew Lawrence) hopes of escaping the suburban ghetto get derailed when his drug-hustling childhood friend is incarcerated. Jon’s loyalty challenges his morality as he ascends to benevolent “Kingpin” of his neighborhood. Jon develops a relationship with a beautiful recovering addict, AJ (Alexandra Rodriguez). Everything comes to a halt when Jon suffers a severe accident. Jon’s physical and emotional pain leads him to a new romance, with OxyContin. Unable to track down AJ, Jon falls into the deep hole of addiction. Caught between love and death, Jon tries to save everyone but himself.”