So the Celestial Toymaker may very well be returning to the television; rumoured to be portrayed by Neil Patrick Harris, although previously played by Michael Gogh of the Burton Batman fame. 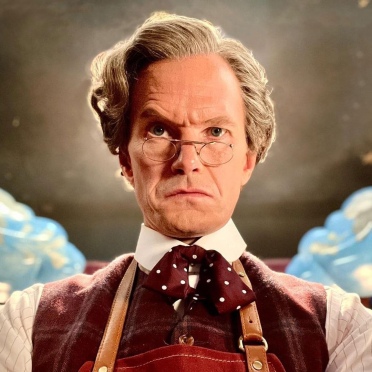 END_OF_DOCUMENT_TOKEN_TO_BE_REPLACED

The Fourth Doctor Adventures: The Nine has a weird title. Originally announced years back as simply The Fourth Doctor Adventures: Series 11: Volume 2 following the naming scheme of Series 7-10, but with the transition of the greater Big Finish output going to box set releases with their own individual subtitles is given the title The Nine because the character of the Nine appears in the first story, The Dreams of Avarice, alone. The other two stories, Shellshock and Peake Season, are completely unrelated adventures for the Fourth Doctor, Peake Season not even meant to be released in this series as it was added later and recorded in 2020 and not in 2017-2018. A more fitting subtitle would have been Solo Volume 2 since this is a set which contains three stories where the Fourth Doctor is travelling alone after The Deadly Assassin and a friend of mine suggested on Twitter that this series was similar to the run of Virgin New Adventures which in the span of four books would pitch a potential companion, with Bernice Summerfield being the companion chosen. For this series it would be Margaret in the winning role but The Dreams of Avarice, Shellshock, and Peake Season have characters who feel as if they are meant to be companion candidates which would have enhanced the set had this been called Solo Volume 2. 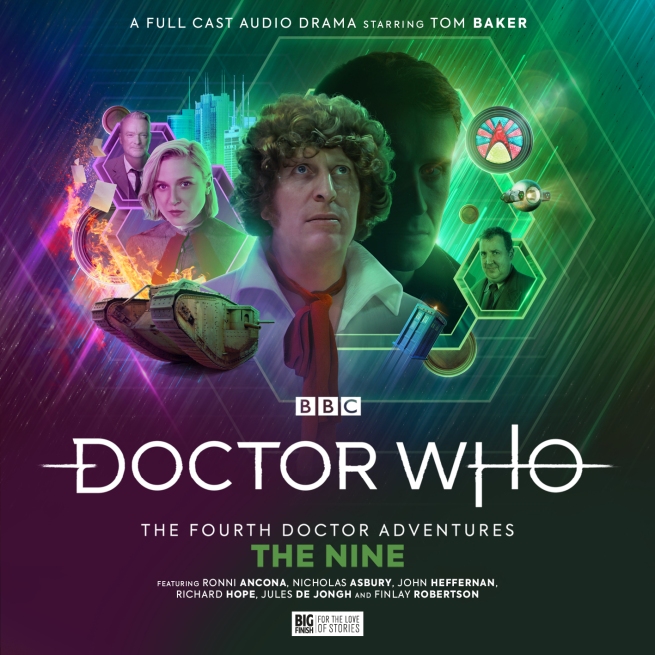 END_OF_DOCUMENT_TOKEN_TO_BE_REPLACED

Billis Manger seems to be something of a fan favourite character in the Torchwood community;
appearing in a grand total of two episodes of the television series. For many the character made an
immediate impression as Murray Melvin brings a slimy charm and eeriness to the villain, but that
wasn’t enough for me to want to see him return. However Big Finish, if they are to be known for
anything, are known for their resurrection in interest for characters who might not have gotten fair
innings on the television. That brings us to the latest monthly range offering; Dead Plates. Manger
has previously appeared in four other audio entries but this is my first experience with the character
in this format. And based on what I’ve heard here, I may just go and listen to more.

END_OF_DOCUMENT_TOKEN_TO_BE_REPLACED

The Trial of a Time Lord 2: Electric Boogaloo is not the title of the release I am reviewing today, but perhaps it should be and I mean that lovingly. The War Master: Self-Defence was announced on the hook that the War Master would be sharing a story with David Tennant’s Tenth Doctor, and with this announcement I stopped paying attention to the releases of plot summaries which is why it threw me for a loop when at the end of the first episode the War Master is put on trial by a race of god like beings from before the Time Lords after an introductory adventure in the set sets up the premise. The middle stories are flashbacks, though one feels like it may just be a flash forward a la Terror of the Vervoids. There is also no adherence to the format of A Christmas Carol looking explicitly at past, present, and future, just an opener, what’s used by the prosecution, the defence, and the final verdict which brings the Tenth Doctor into the story. Like the best installments of The War Master: Self-Defence is hung on a very solid story arc where each episode serves some sort of purpose to layering the plot to a point that explores the genuine depths the War Master will go to get his way. Like Master of Callous before it, Self-Defence is one where everything is re-contextualised at the end and an emotional hit is pulled off that although you can see it coming from a mile away, it just clicks and enhances both the performance of Derek Jacobi as well as the side characters. 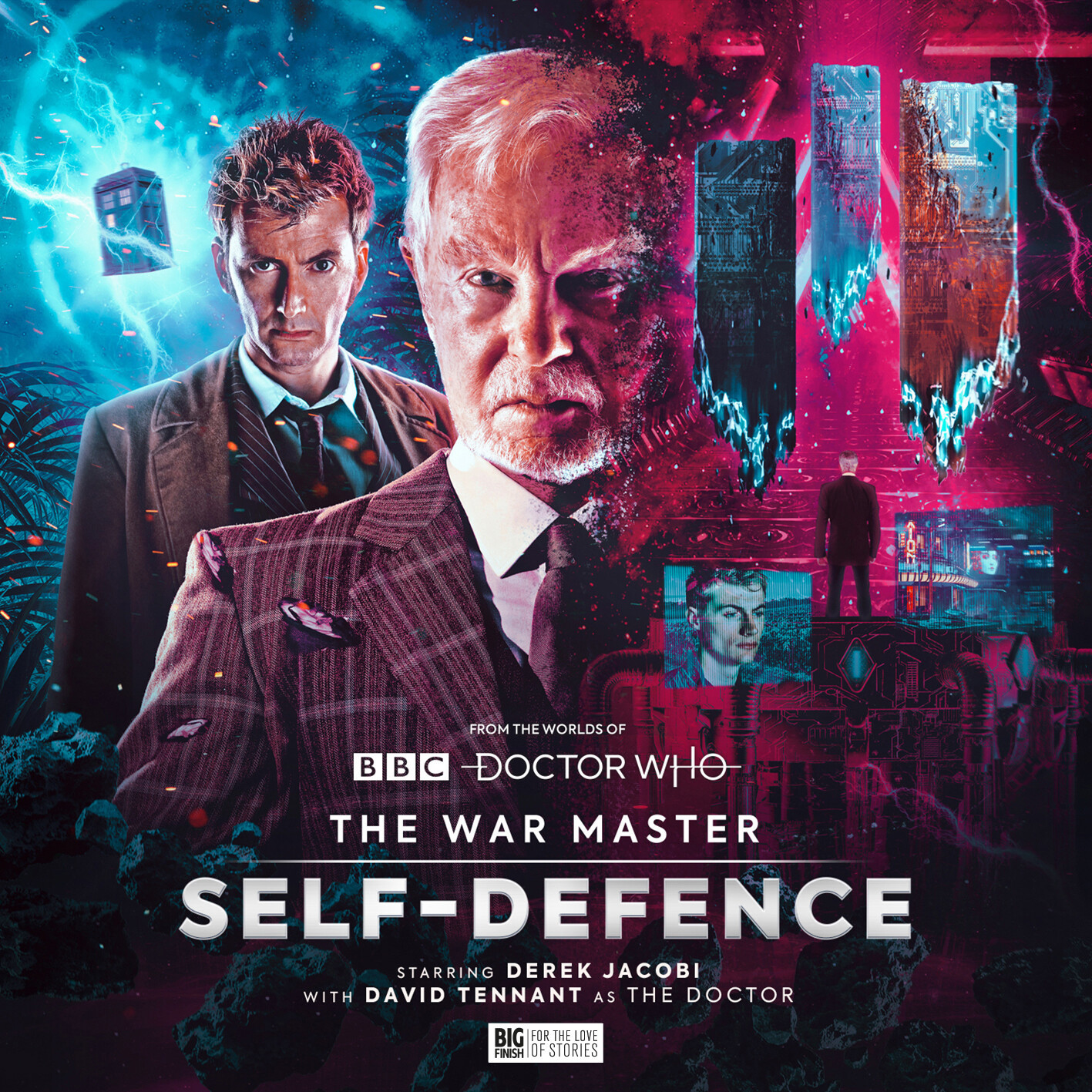 END_OF_DOCUMENT_TOKEN_TO_BE_REPLACED

‘Crusade’ is the latest Big Finish audiobook set in the world of Terry Nation’s Survivors – a
1970s post-pandemic tale of those who lived after a virus dubbed “the Death” wiped out
much of the world’s population. Slotting into the latter part of the show’s first series, the
story is coloured by events from one of its most traumatic episodes.

END_OF_DOCUMENT_TOKEN_TO_BE_REPLACED

Out of Time has been an interesting little trilogy of stories, held together by the rather simple premise as the Tenth Doctor meets one of his previous incarnations and they have to fight a big villain. These releases were all recorded in 2020 when lockdown began and released annually with Wink being the final installment featuring the Tenth Doctor, the Sixth Doctor, and the Weeping Angels.

END_OF_DOCUMENT_TOKEN_TO_BE_REPLACED

The latest outing for Sherlock Holmes and Dr Watson, The Fiends of New York City, takes place in the stifling summer of 1901. Surprisingly, despite its title, it has very little to do with New York and instead, rather more to do with the new power behind London’s criminal underclass; The Seamstress of Peckham Rye. 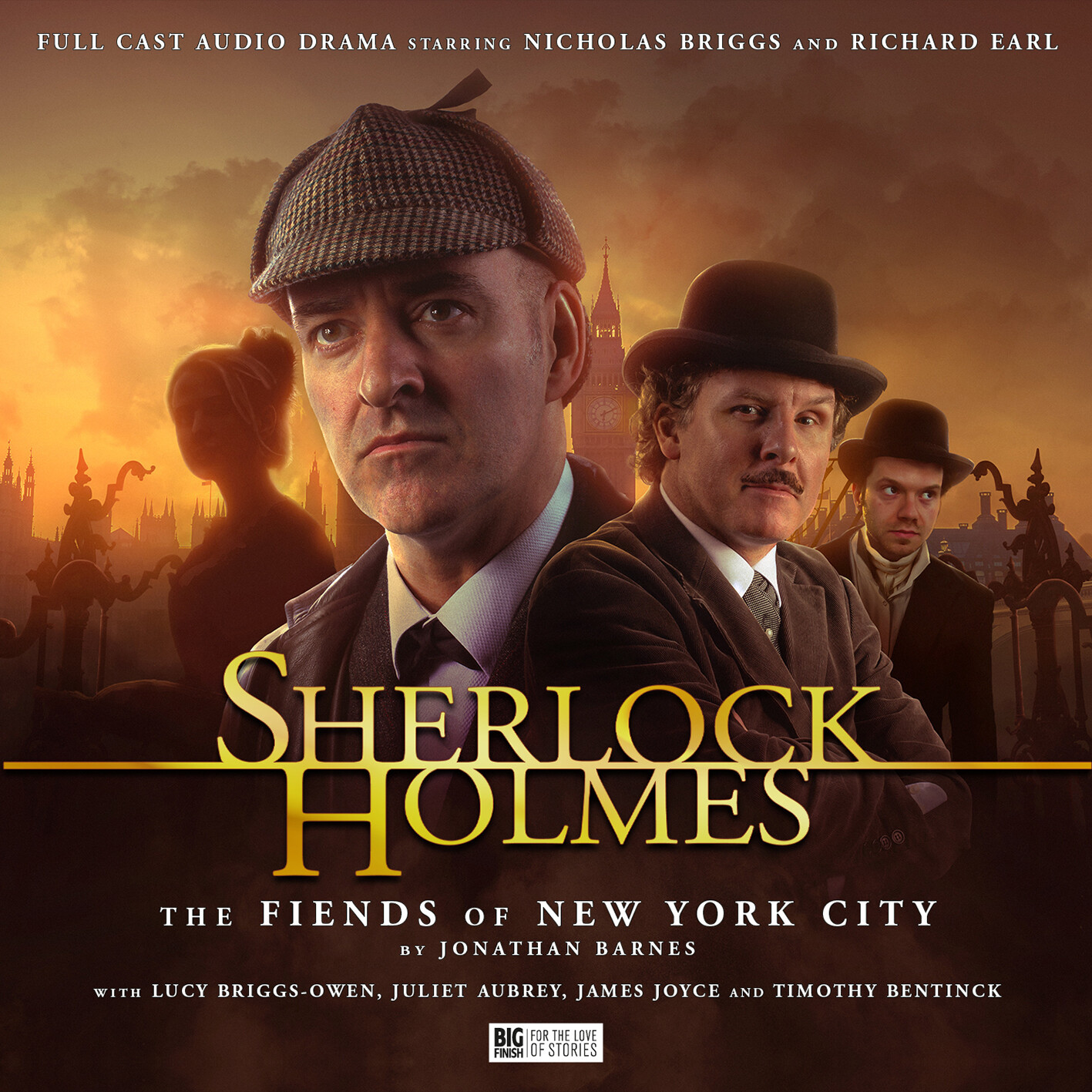 END_OF_DOCUMENT_TOKEN_TO_BE_REPLACED

Heroes and Villains is the latest release from The Worlds of Blake’s 7 range from Big Finish. Exploring the universe away from the Liberator, boxsets so far have focussed on fellow freedom fighter Avalon, the mysterious Clone Masters, Colin Baker’s bombastic villain Bayban the Butcher and the  insidious criminal organisation known as The Terra Nostra. Each of these releases have seen members of the show’s original cast appear. 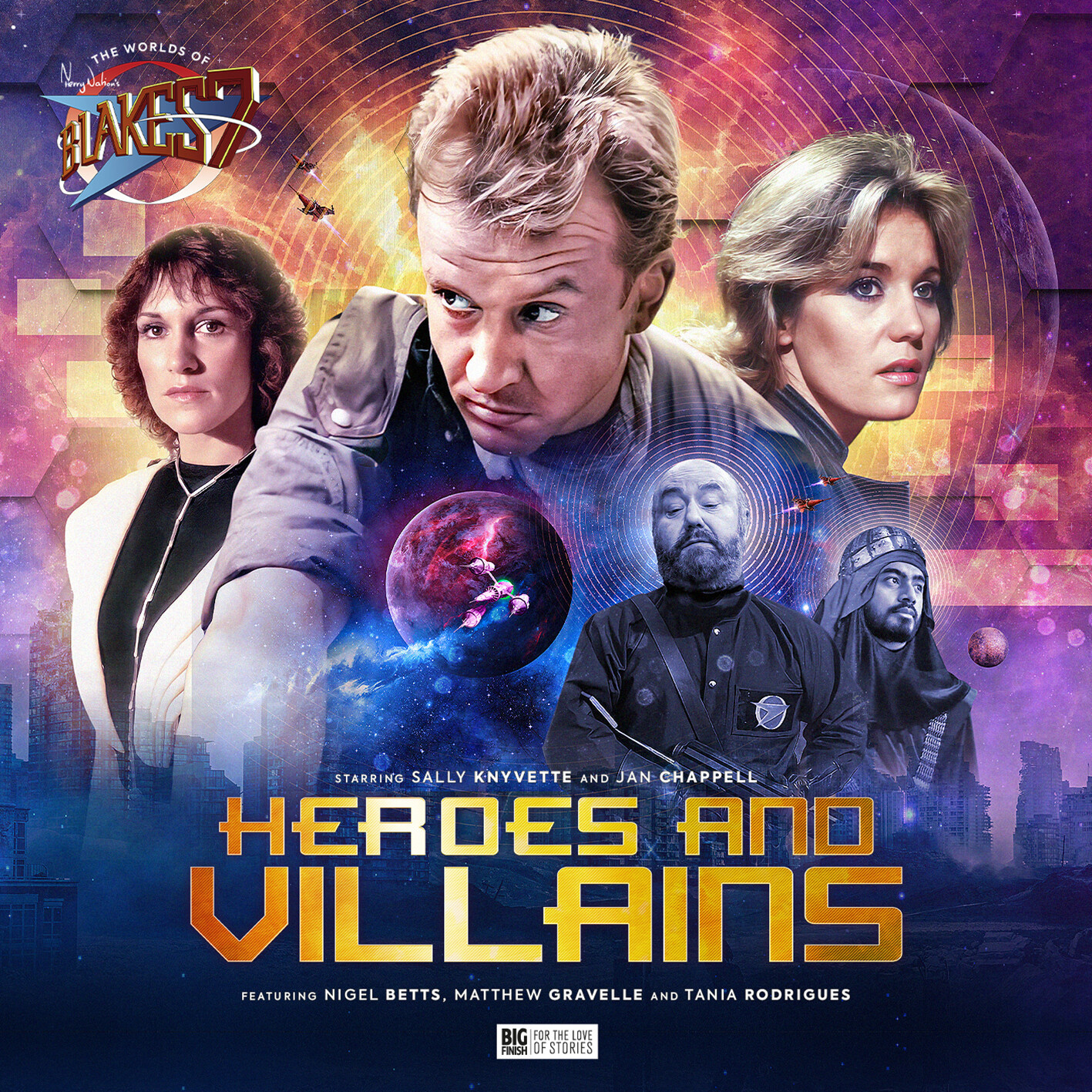 END_OF_DOCUMENT_TOKEN_TO_BE_REPLACED

Disability in Doctor Who has never been it’s strong suit. Perhaps the most prominent disabled character has been Davros, a genocidal maniac who created the Daleks, aka space Nazis whose purpose is exterminating all other life. Throughout the 1970s and 1980s there was a streak of characters with physical disfigurements as a mark of villainy, though by 1989 there was some small instances of complexity with disabled characters in Battlefield and The Curse of Fenric while the New Series has been mostly neutral in disability representation with some exceptions (Under the Lake/Before the Flood comes to mind for deaf representation). Oddly enough the 1960s were more progressive than much of the 1970s and 1980s with serials like Galaxy Four where the monstrous Rills being the good guys and The Dalek Invasion of Earth including a good scientist in a wheelchair who dies at about the halfway point of that story. So, here we are in 2022, and Big Finish Productions are once again making a push ahead of television series in terms of representation by introducing the first disabled Doctor Who companion in Dr. Hebe Harrison in The Sixth Doctor Adventures: Water Worlds, a marine biologist who uses a wheelchair. Like their push with trans representation in Rebecca Root’s Tania Bell, Hebe is played by disabled actress Ruth Madeley and producer Jacqueline Rayner worked closely with Madeley to ensure all three scripts from this set reflected disability representation well. 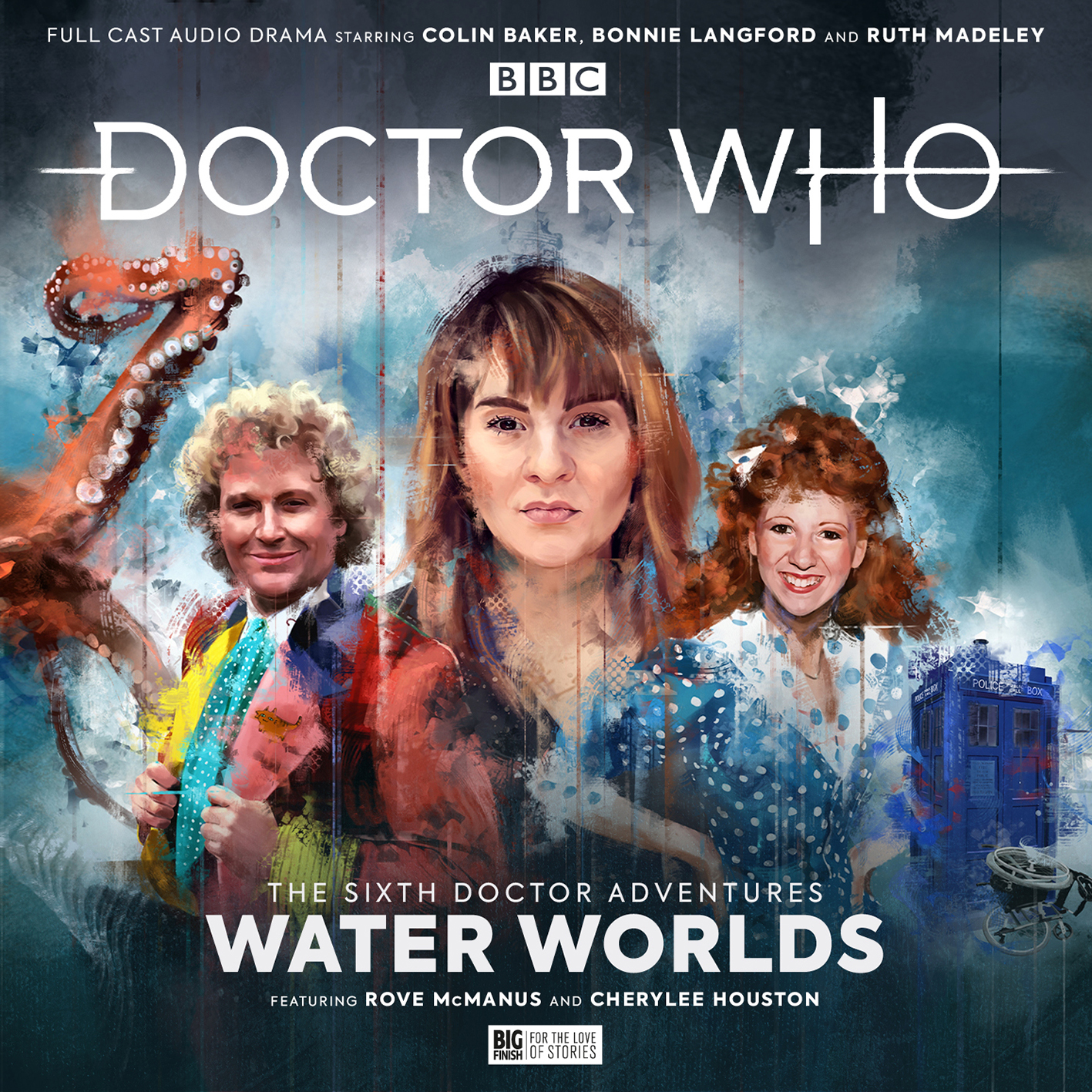 END_OF_DOCUMENT_TOKEN_TO_BE_REPLACED

Perhaps one aspect of The War Doctor Begins I have found myself undervaluing is the format. While the first set is a three episode miniseries about the immediate aftermath of the regeneration of the Eighth Doctor, the second established itself as its own self-contained miniseries, though early in the War Doctor’s life. Battlegrounds, the third set in the series, follows this pattern as well cementing the fact that this range isn’t going to be an actual miniseries, but four sets exploring early parts of the character’s life. This third set has the linking theme of exploring war and the various battlegrounds war is waged upon: physical, mental, and spiritual. Three scripts from three stylistically different writers each tacking a different type of battleground makes The War Doctor Begins: Battlegrounds three episodes with very different tones and a focus on character pieces above everything else which keeps the link strong, but each of the stories can find themselves separate. The other link throughout the stories is the directing from Louise Jameson, who should be singled out for being responsible for how The War Doctor Begins sounds. Her directorial style is distinct and steeps the sets in this almost ethereal atmosphere where things feel ever so slightly out of phase to give the Time War this mythical quality. 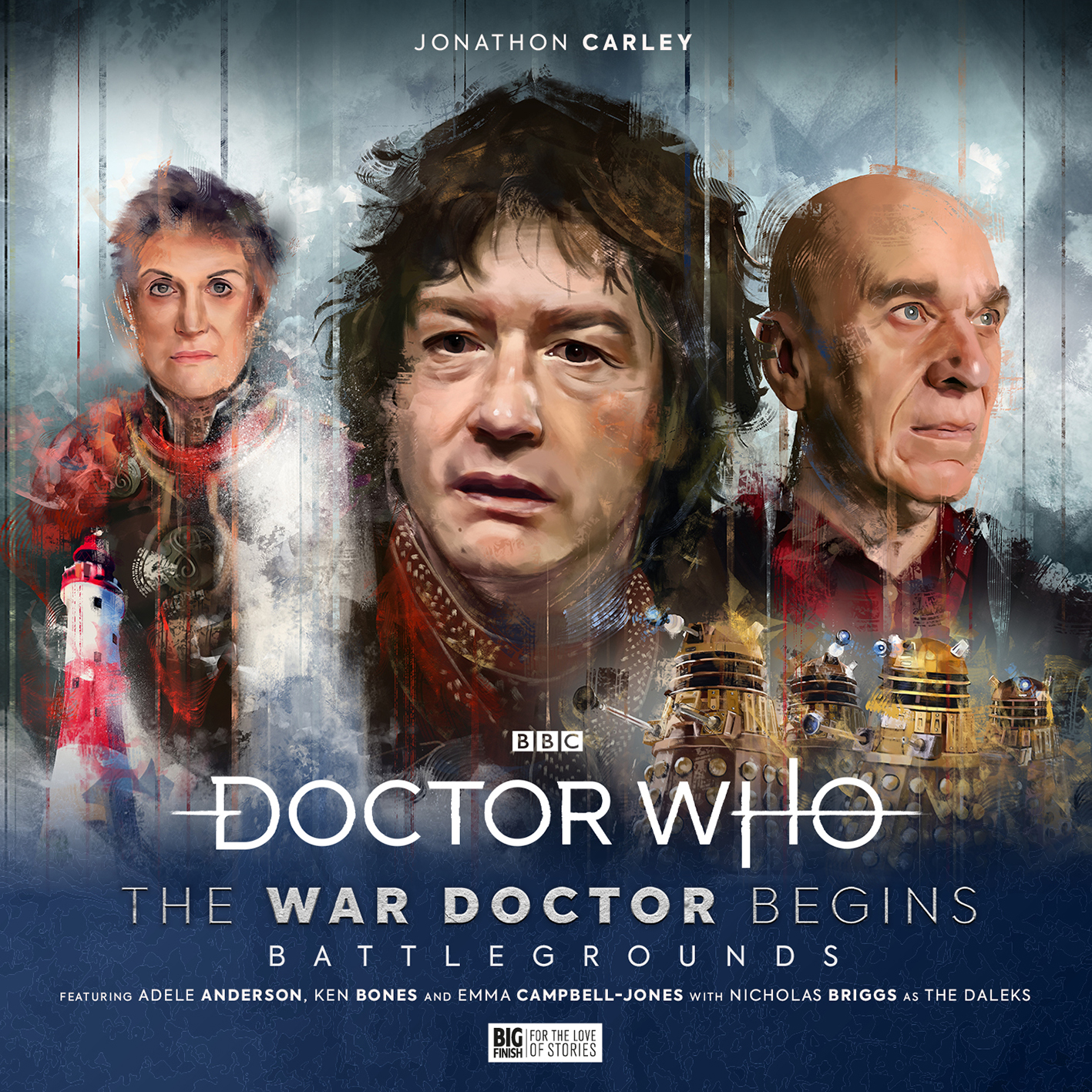