Out of Time has been an interesting little trilogy of stories, held together by the rather simple premise as the Tenth Doctor meets one of his previous incarnations and they have to fight a big villain. These releases were all recorded in 2020 when lockdown began and released annually with Wink being the final installment featuring the Tenth Doctor, the Sixth Doctor, and the Weeping Angels.

END_OF_DOCUMENT_TOKEN_TO_BE_REPLACED

Disability in Doctor Who has never been it’s strong suit. Perhaps the most prominent disabled character has been Davros, a genocidal maniac who created the Daleks, aka space Nazis whose purpose is exterminating all other life. Throughout the 1970s and 1980s there was a streak of characters with physical disfigurements as a mark of villainy, though by 1989 there was some small instances of complexity with disabled characters in Battlefield and The Curse of Fenric while the New Series has been mostly neutral in disability representation with some exceptions (Under the Lake/Before the Flood comes to mind for deaf representation). Oddly enough the 1960s were more progressive than much of the 1970s and 1980s with serials like Galaxy Four where the monstrous Rills being the good guys and The Dalek Invasion of Earth including a good scientist in a wheelchair who dies at about the halfway point of that story. So, here we are in 2022, and Big Finish Productions are once again making a push ahead of television series in terms of representation by introducing the first disabled Doctor Who companion in Dr. Hebe Harrison in The Sixth Doctor Adventures: Water Worlds, a marine biologist who uses a wheelchair. Like their push with trans representation in Rebecca Root’s Tania Bell, Hebe is played by disabled actress Ruth Madeley and producer Jacqueline Rayner worked closely with Madeley to ensure all three scripts from this set reflected disability representation well.

END_OF_DOCUMENT_TOKEN_TO_BE_REPLACED

The Unbound range essentially started as a way to celebrate the 40th anniversary of Doctor Who by introducing six alternate universe takes on the Doctor and Doctor Who based around questions like “What if the Doctor never left Gallifrey?” or “What if the Doctor was exiled to Earth in the 1990s?”. This allowed different actors and actresses to take on the role of the Doctor, but after the initial six release run there weren’t any new Unbound Doctors introduced, two more releases in 2005 and 2008 before the David Warner Doctor was paired with Bernice Summerfield. So, imagine the surprise when it was announced that the range would be revived for two box sets using a new Unbound Doctor, the Doctor of War, played by Colin Baker, in a timeline that diverges during Genesis of the Daleks for two box sets, Genesis and Destiny (named after the Tom Baker Dalek serials).

END_OF_DOCUMENT_TOKEN_TO_BE_REPLACED

Just over one year ago, in March 2021, the Main Range ended from Big Finish Productions as the box set format took root before being firmly established for 2022. Now, one other long running institution from Big Finish Productions is at an end, the 16 part, four disc set, Eighth Doctor miniseries which has been the format of Eighth Doctor releases for nearly a decade. Dark Eyes, Doom Coalition, Ravenous, and Stranded have all been released to acclaim and here we are with Stranded 4, the final set in this style.

END_OF_DOCUMENT_TOKEN_TO_BE_REPLACED

There isn’t often the opportunity to see some of the first work of an author that has gone on to make an impact. Robert Jordan and Brandon Sanderson had both early works published in some form (Jordan’s being published by hid wife and Sanderson publishing a first draft as a Kickstarter reward), yet with Big Finish it’s almost surprising that something like Mind of the Hodiac hasn’t happened sooner. Russell T. Davies found the initial script for Part One and storyline for Part Two in a box in 2020 when Emily Cook was doing the Lockdown watch-alongs on Twitter which he wrote at some point between 1986 and 1987 before even making it into TV, the first script he sent to the Doctor Who Production Office which was, of course, rejected. In finding the script, pictures were posted on Twitter of some of the pages as a treat and in Davies’ mind that was the end of that. But then Scott Handcock, director and writer for Big Finish, contacted Davies with Emily Cook in tow as one of the newer producers to acquire a copy of the script (apparently physically and not just scanned into a computer if the behind the scenes interviews are correct in its implication).

END_OF_DOCUMENT_TOKEN_TO_BE_REPLACED

Bayban Ascending is the latest tie-in audiobook release for The Worlds of Blake’s 7, Big Finish’s spin-off range exploring wider elements in the Federation universe. While born of necessity, due to the sad passing of a number of core cast members, the range has opened up all sorts of interesting stories away from the Liberator. 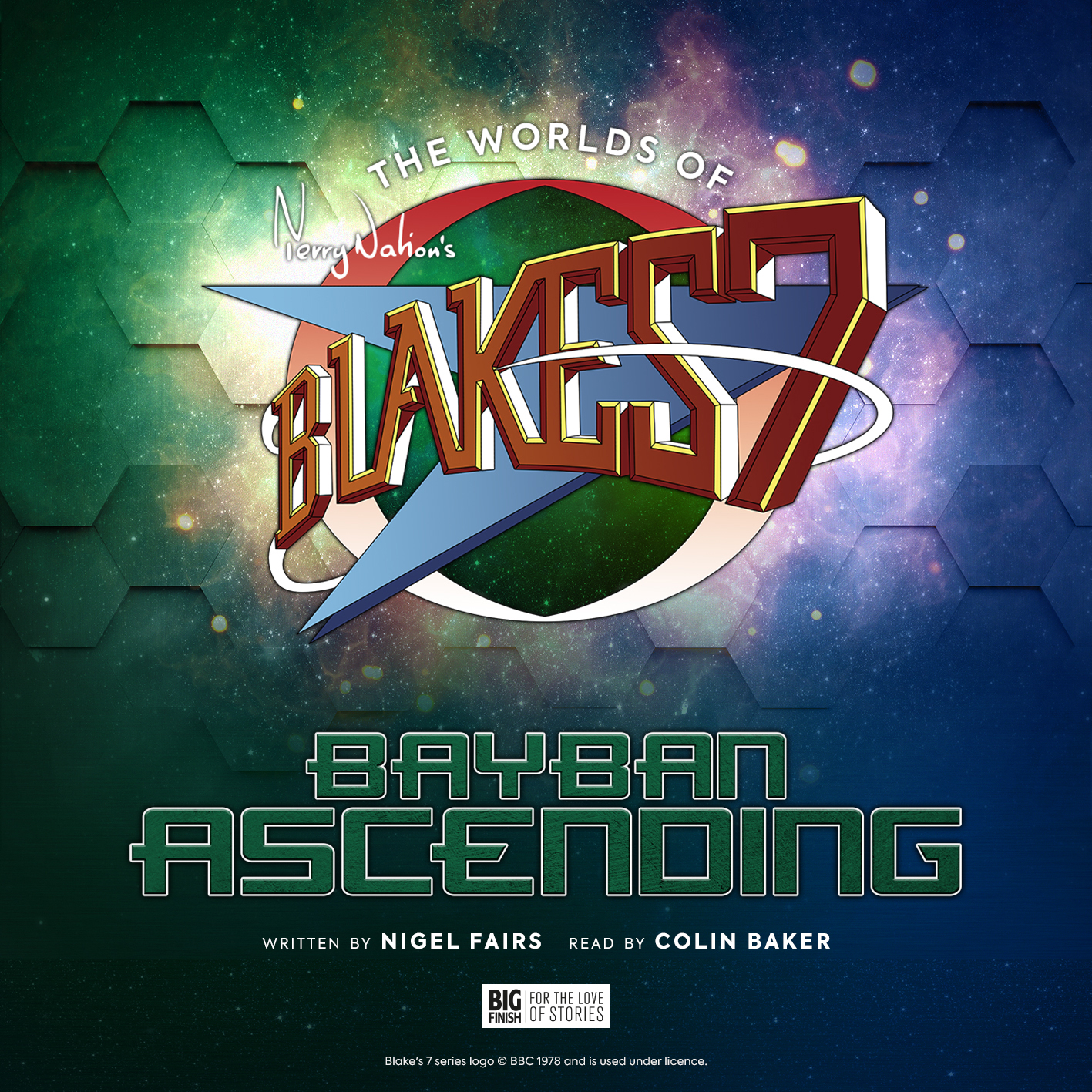 END_OF_DOCUMENT_TOKEN_TO_BE_REPLACED

Bayban the Butcher grants Colin Baker’s famously off-the-hook villain centre stage. Although best known for playing the colourful Sixth Doctor, he gave an entertainingly big guest performance years earlier in Blake’s 7; Bayban, a self-aggrandising baddie with a penchant for alliteration, came up against Vila in Series C’s City at the Edge of the World.

This self-titled boxset follows an appearance in the recent Avalon series and there’s an audiobook origin story, Bayban Ascending, due in February too. While Bayban apparently died at the end of his only onscreen appearance, it seems you can’t keep a good berserker down. END_OF_DOCUMENT_TOKEN_TO_BE_REPLACED

The first full season for Colin Baker’s Sixth Doctor – season 22 is the next release to come to Blu-ray ‘The Collection’ range.

END_OF_DOCUMENT_TOKEN_TO_BE_REPLACED

Season 23 of Doctor Who: The Collection is the next Blu-ray title to be re-issued in standard packaging after Season 10 and 18.