Kevin Smith‘s latest release Jay and Silent Bob Reboot is now available on VOD and Pre Order in the USA with a release date of January 21st 2020. A BluRay/DVD release from Lionsgate is also expected on this date.

Written, directed, edited and starring Kevin Smith – referring to his 2001 comedy Jay and Silent Bob Strike Back, Smith has described the film as “literally the same fuсking movie all over again”.

END_OF_DOCUMENT_TOKEN_TO_BE_REPLACED

Directed and written by Simon Napier-Bell, created to coincide with the 50 anniversary of the partial decriminalisation of homosexuality, this is an engaging but informative journey through LGBT history in UK since 1967 and how changes in politics and social attitudes, for better or worse, have evolved over the subsequent decades.

Originally aired on SKY TV last year this insightful documentary is being released on DVD & VOD on 19th May 2018 by Pecadillo Pictures.

END_OF_DOCUMENT_TOKEN_TO_BE_REPLACED

I AM HEATH LEDGER is a feature length documentary celebrating the life of Heath Ledger from Directors Adrian Buitenhuis & Derik Murray.

END_OF_DOCUMENT_TOKEN_TO_BE_REPLACED

The Doctor Who spin-off  ‘Wartime‘ is to be released on DVD.

Wartime is the title of a short science fiction film, produced direct-to-video in 1987. It was the first professionally produced, authorised independent spin-off of the long-running TV series Doctor Who, and the only such production to be made while the originating TV series was still on the air (it ended in 1989).

END_OF_DOCUMENT_TOKEN_TO_BE_REPLACED

The Doctor Who spin-off  ‘Mindgame series‘ is to be released on DVD.

The Mindgame series is a series of direct-to-video spin-off productions based on the long running BBC science fiction series Doctor Who. The two films in the series are Mindgame (1997) and Mindgame Trilogy (1999). This series star Doctor Who icon Sophie Aldred.  END_OF_DOCUMENT_TOKEN_TO_BE_REPLACED 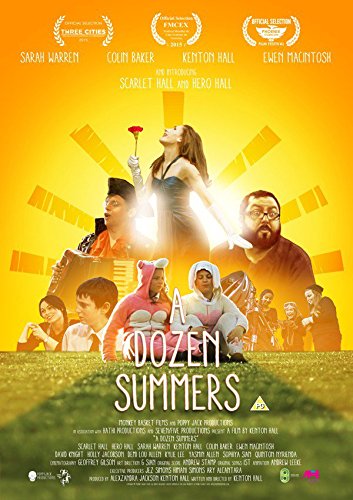 From British writer/director Kenton Hall; ‘A Dozen Summers‘  is described as two 12 year old girls who hi-jack a movie and turn it into a story about their lives. This is an interesting concept in and of itself but also consider the lead roles are played by Hall’s own daughters Scarlet & Hero Hall and Kenton himself plays their father in the film.The film starts with some wonderfully hilarious voice-over from Colin Baker (of Doctor Who fame) which sets the comedy bar high. Through-out there are ‘various fourth-wall moments’ and references to the many tropes and devices used by film-makers.

END_OF_DOCUMENT_TOKEN_TO_BE_REPLACED

The handyman of horror is back with a new box of tricks in in this terrifying sequel to Tobe Hooper‘s 2004 reimagining of the 1978 cult favourite. The 2004 counterpart has become a classic in its own right.
Picking up directly after the events of Hooper’s film, we follow ‘Coffin Baby’, Hollywood’s most twisted killers, as he plans to put the screws to a new victim – Samantha, the sister of his prey from his previous rampage. Samantha finds herself held captive in a house of horrors and forced to undergo the most unspeakable tortures. END_OF_DOCUMENT_TOKEN_TO_BE_REPLACED

From writing/directing duo Howard & Jonathan Ford comes the sequel to 2010’s The Dead. Whilst the original was set in Africa we switch continents for this film which has a similar story but set (and shot) in India this time. Released on DVD in the UK by Altitude.

An American engineer (Millson) teams up with a surviving orphan street kid (Goyal) to trek 300 miles across stunning but deadly rural Indian landscapes to the now infested slums of Mumbai to try and save his pregnant girlfriend (Mishra). END_OF_DOCUMENT_TOKEN_TO_BE_REPLACED

From director Dave La Mattina, I Am Big Bird is a documentary that tells the story of Caroll Spinney from his upbringing and youth, his career in entertainment and right up to the present day. Released on DVD in the UK by Kaleidoscope Home Entertainment.
END_OF_DOCUMENT_TOKEN_TO_BE_REPLACED

Soda Pictures are releasing critically acclaimed Australian drama ‘The Turning’ in a special DVD release in the UK from 6th April following a limited a theatrical run; certificate 15. VOD options for the film have not yet been confirmed. 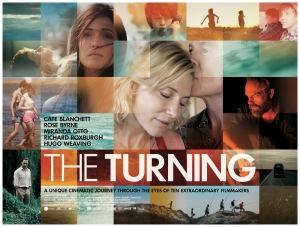 The Turning is based on the best-selling book of short stories by Australian author Tim Winton. This big-screen adaptation is a collaboration between many writers and directors; each working on one the books segments.  The film stars Cate Blanchett (The Curious Case of Benjamin Button), Hugo Weaving (The Hobbit: Battle of the Five Armies) and Rose Byrne (X-Men First Class). END_OF_DOCUMENT_TOKEN_TO_BE_REPLACED

#JayAndSilentBobReboot @HMVTweets Exclusive #BluRay Review LINK IN BIO @thatkevinsmith @jaymewes #KevinSmith #JayAndSilentBob
2019 at IndieMacUser saw our best year EVER in terms of views and visitors, but also our largest ever growth year on year! Thanks to all our supporters 🤙🤙🤙🤙 Here’s to 2020 !!!!
%d bloggers like this: